Since losing 2-1 away at Wolfsburg on Matchday 11, Frankfurt have become a force to be reckoned with, racking up an impressive ten-game unbeaten run in the Bundesliga (W8, D2) since then. What’s more, no other German club has returned more points than ‘Die Adler’ (22) this calendar year. Much of the credit for Eintracht’s upturn in form has to be pinned on a free-scoring attack that has netted over 1.5 goals in each of their last ten league outings, managing an average of 2.7 goals scored per game. Deutsche Bank Park has been a fortress this season, as Adi Hutter’s men have not lost any of their ten Bundesliga fixtures here (W5, D5), winning each of their last four! Worryingly, though, they’ve only kept one clean sheet across those ten matches.

Meanwhile, Bayern shockingly drew 3-3 with Arminia Bielefeld at home last time out, putting an end to their five-game winning Bundesliga streak. Curiously, the ‘Bavarians’ have conceded more goals against Bielefeld (3) than in the five previous top-flight outings combined (2). Delivering action from the get-go, the reigning German champions have scored a league-high 15 first-half goals on the road this term. Encouragingly, after failing to keep a clean sheet in their first eight Bundesliga trips this season, Bayern have won their last three away league games ‘to nil.’ Even if they concede the opening goal, Hansi Flick’s men should have enough character to complete a comeback, remarkably avoiding defeat in eight of the nine Bundesliga matches in which they shipped the first goal this season (W4, D4). 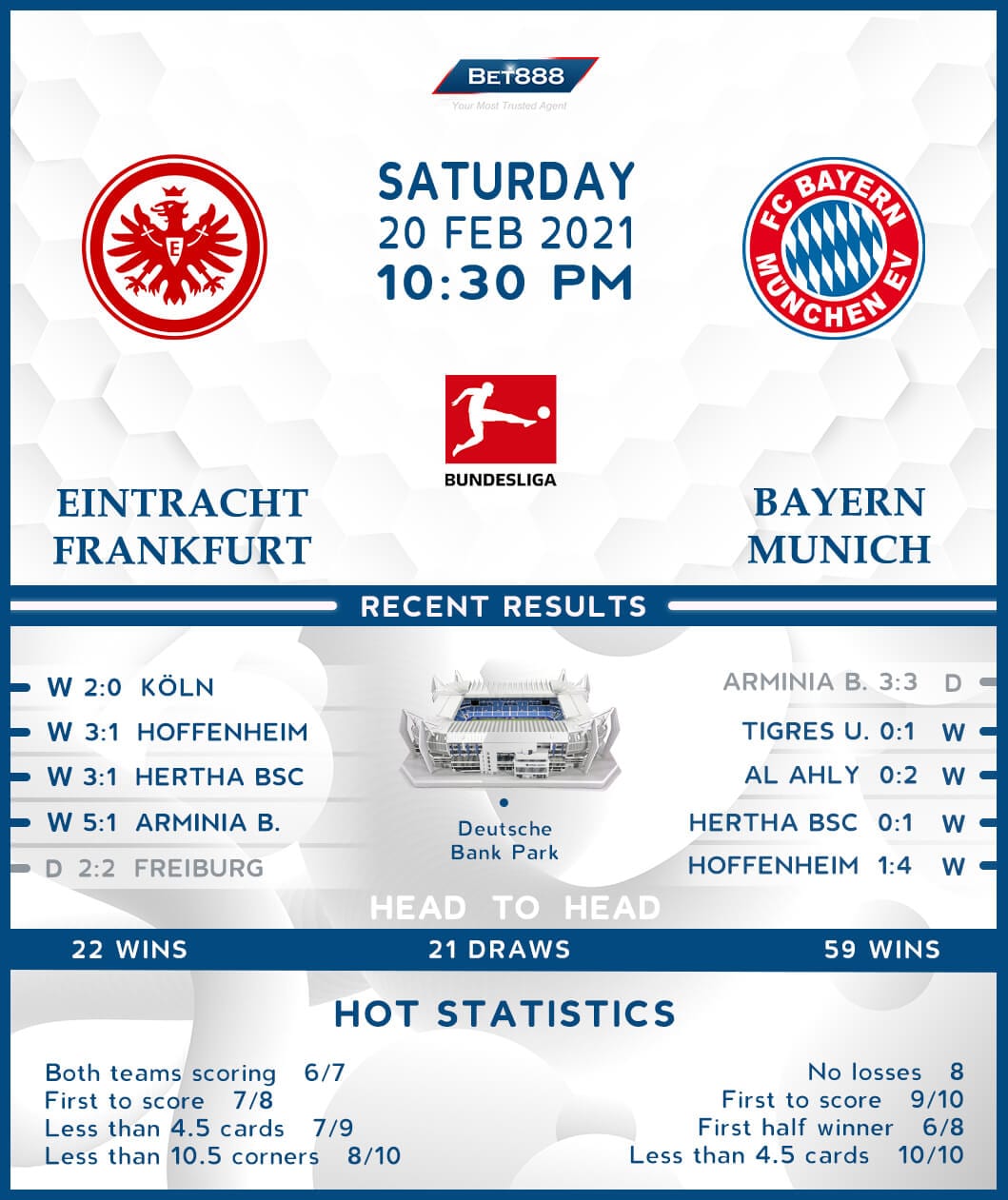