Keen to solidify their position at the Bundesliga summit, Bayern Munich head to Deutsche Bank Park to take on mid-table Eintracht Frankfurt.

Eintracht Frankfurt have suffered back-to-back Bundesliga defeats without scoring in the build-up to this clash, inflicting huge damage on their European qualification hopes. With ‘Die Adler’ now trailing fourth-placed TSG Hoffenheim by nine points with a game in hand, extending their two-game winning H2H league run against Bayern would be massive. Despite going into this fixture as outsiders, Frankfurt can call upon their consecutive home league wins over this opposition, as they could become the first Bundesliga side since Schalke between 2000 and 2005 to beat Bayern in 3+ home H2Hs in a row. However, Oliver Glasner’s men have lost four of their six top-flight matches since the calendar year flipped to 2022 (W1, D1), as many defeats as they had throughout the entire first half of the season (8).

Meanwhile, Bayern Munich came from behind to dismantle basement boys Greuther Furth 4-1 at home last time out and bounce back from a shock 4-2 loss at Bochum in the round before. But despite boasting an intimidating 78% win ratio this Bundesliga season (18/23), coupled with the most goals scored in Europe’s top-five leagues (74), the ‘Bavarians’ have yet to put the title race beyond doubt. With second-placed Borussia Dortmund lurking in the shadows, Julian Nagelsmann’s side will be looking to let the history repeat itself as they’ve won all four Bundesliga matches following a league defeat this term. Remarkably, the record-time German champions have scored 37 goals after just 11 Bundesliga road trips this season, four more than Frankfurt have managed home and away so far. 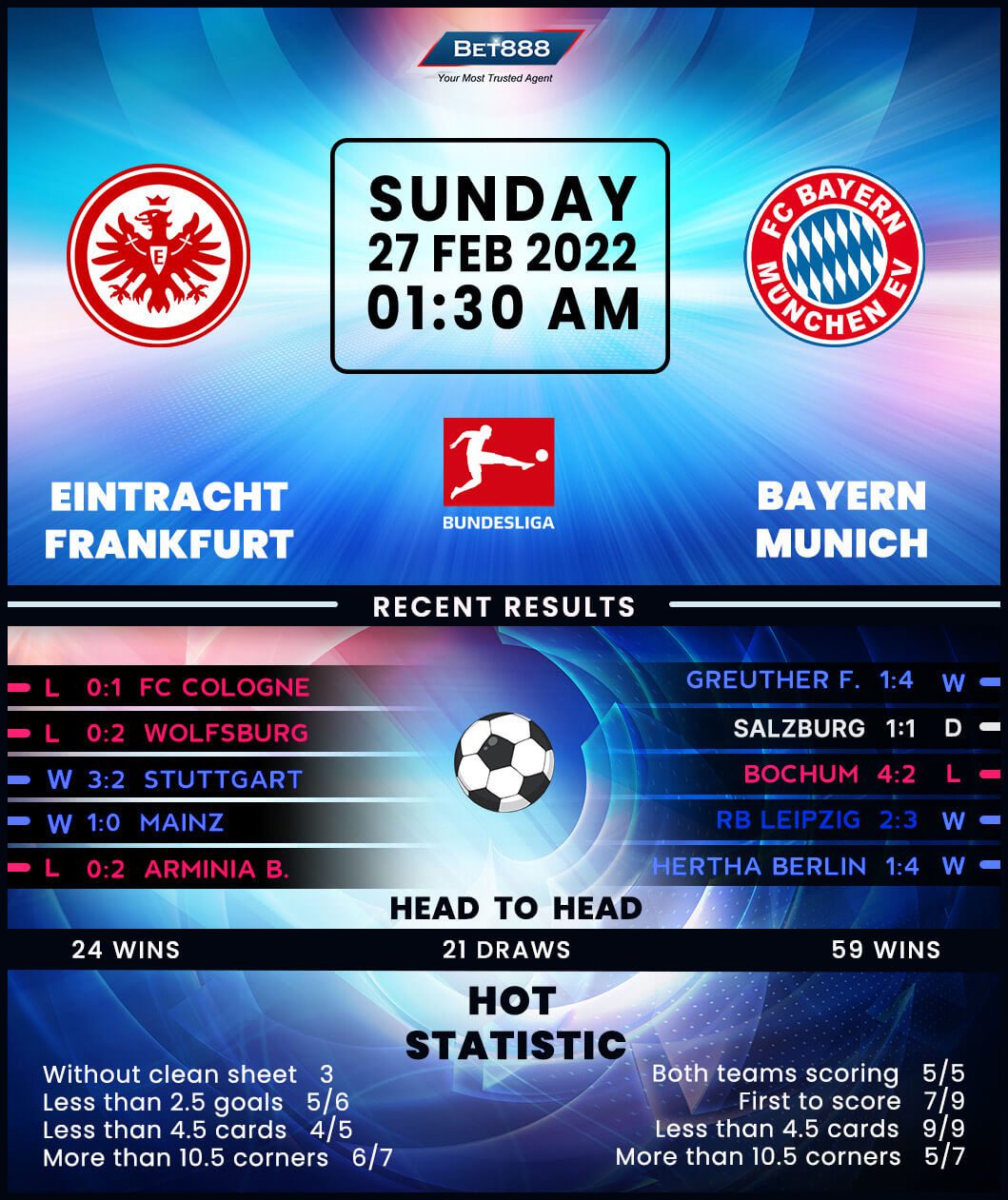