Eintracht Frankfurt and Borussia Dortmund go head-to-head at the Deutsche Bank Park in a potentially high-scoring Bundesliga affair. Indeed, seven of their eight previous top-flight H2Hs have produced over 2.5 goals, with all but the last one seeing both teams score.

The hosts have drawn each of their last four Bundesliga matches, conceding the opening goal in three, as they head into this clash winless in six league fixtures (D4, L2). Indeed, slow-starting ‘Die Adler’ have conceded first in two-thirds of their nine Bundesliga outings this season (6/9). However, Frankfurt’s tremendous ability to bounce back after falling behind saw them lose just one of those six games (W1, D4). Also, Frankfurt’s home Bundesliga action often sparks into life in the second half, as seven (77.78%) of their nine league goals scored/conceded at home have come after half-time. It’s worth noting that Adi Hutter’s men have avoided defeat in each of their six previous top-flight H2Hs held at this venue (W3, D3) despite failing to keep a clean sheet in the last three.

As for the visitors, a shock 2-1 home defeat to out-of-sorts Koln last time out means they enter this round as the only side yet to pick up a draw in the Bundesliga this season (W6, L3). Notably, seven of Dortmund’s nine league results (win/loss) this term have seen the victor get on the scoresheet first. Away from home, ‘Die Borussen’ have racked up a three-game winning run since losing to Augsburg on Matchday 2, with three of those four games seeing the winner on the day keep a clean sheet. But, lackluster first-half performances have witnessed Lucien Favre’s men fail to score before half-time in each of their four Bundesliga trips so far. Far more comfortable in the later stages, they have found the net beyond the 70th minute in their last three away league fixtures. 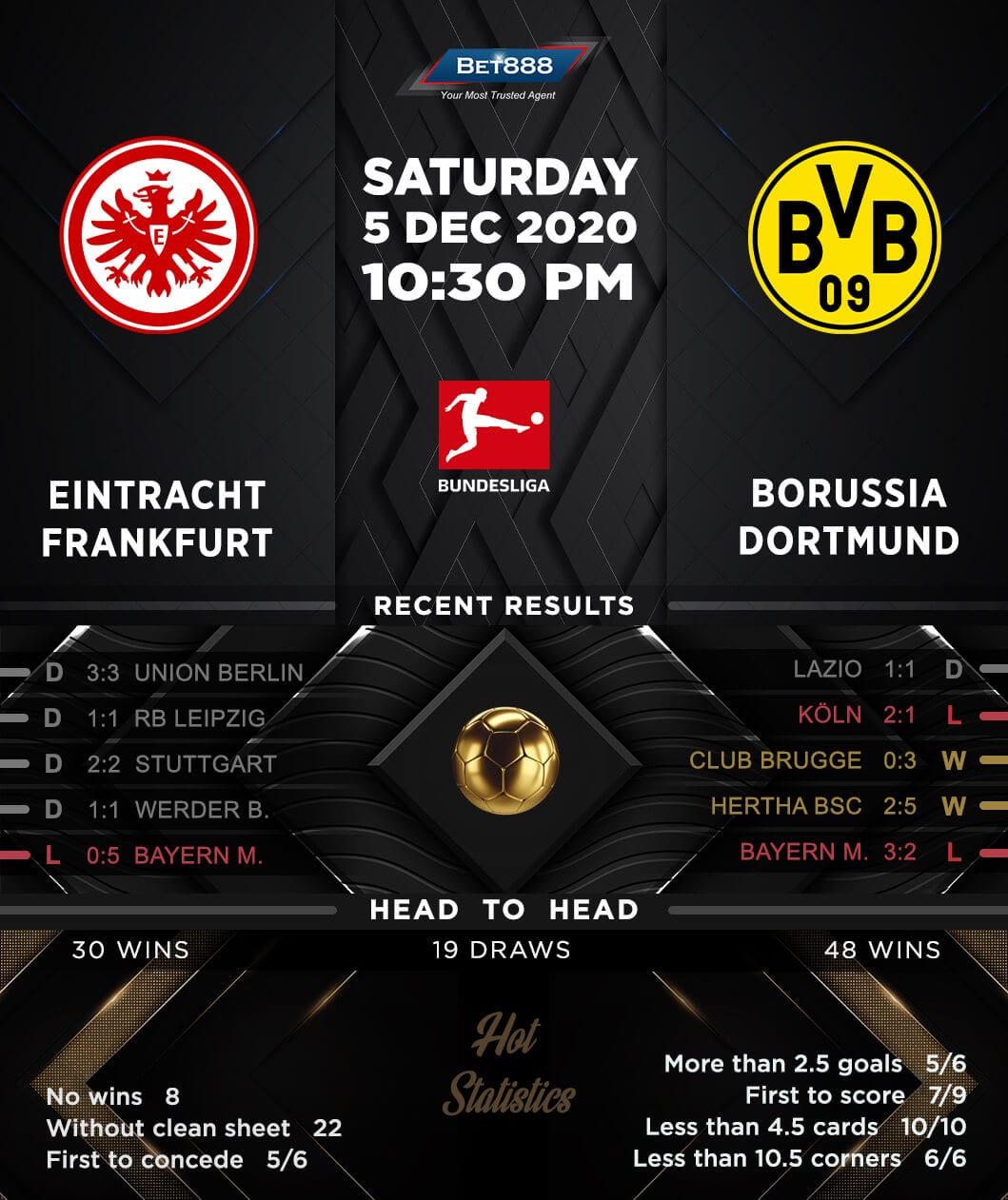