Deutsche Bank Park is the venue, as Eintracht Frankfurt and Borussia Monchengladbach meet in a potentially high-scoring Bundesliga fixture. Three of their last four league H2H meetings have featured over 3.5 goals and both sides scoring.

A 2-1 away loss to Wolfsburg last time out did pour more misery on out-of-sorts Frankfurt, as the hosts take the field after failing to pick up the three points in eight consecutive Bundesliga matches (D6, L2). Yet, they have been an exciting team to watch in the recent period, as each of their last six league games has seen both teams score, with half (3) of them producing over 2.5 total goals. Curiously, ‘Die Adler’ have managed to avoid defeat in their opening five home Bundesliga fixtures, though being held to four identical 1-1 draws in that period (W1). However, Adi Hutter’s men have secured just a single victory in their last six top-flight H2Hs held at this venue (D3, L2), scoring under 1.5 goals on five of those occasions.

Meanwhile, a dismal 1-1 home draw with Hertha at the weekend did bring Borussia’s unbeaten Bundesliga streak to four, but the visitors managed just one victory in that period (D3). Furthermore, an indifferent form away from home has seen Monchengladbach win only two of their opening five league trips (D1, L2) but not any of the last two. That has everything to do with the fact that 70.59% of their total Bundesliga goals conceded so far has come on the road (12/17). Indeed, Marco Rose’s men have let in over 1.5 goals in four of their five top-flight games away from home. Therefore, it’s not surprising that four of Monchengladbach’s previous away Bundesliga matches have all seen over 3.5 goals and both teams on the scoresheet. 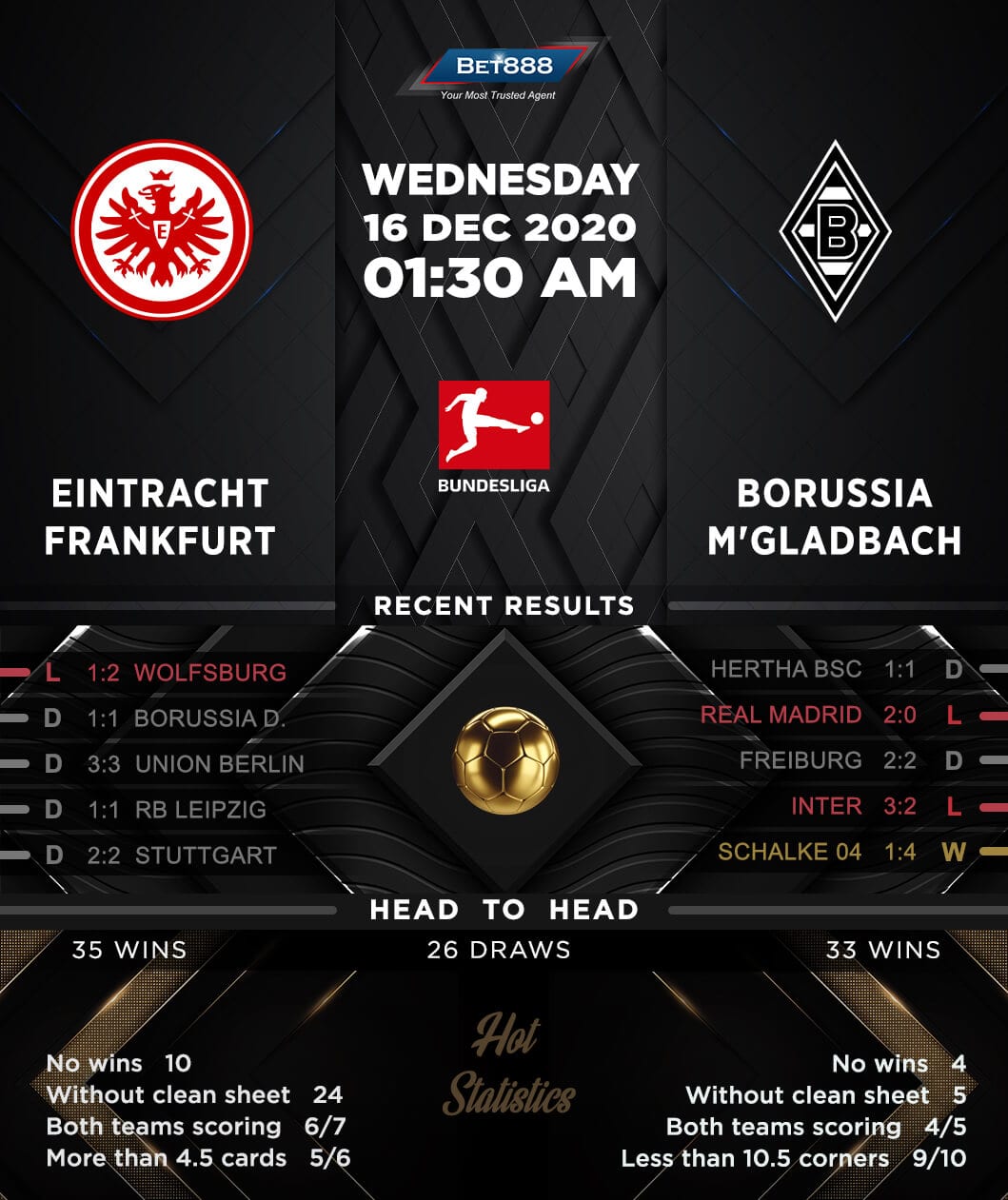