Eintracht Frankfurt will be looking to post their first Bundesliga win over Freiburg since January 2019 when the two sides meet at the Deutsche Bank Park this weekend.

A return of one victory from their last five Bundesliga matches (D1, L3) saw Frankfurt slip to fifth in the standings and end up qualifying only for the next season’s UEFA Europa League group stage. Notably, though, ‘Die Adler’ could finish the top-flight campaign undefeated at home for the first time since 1971/72, having won nine of their 16 Bundesliga games at Deutsche Bank Park so far this term (D7). However, Adi Hutter’s men have failed to beat Freiburg in any of their last three league meetings (D2, L1), with both draws in this sequence seeing each side score at least twice. Worryingly, the hosts have conceded 3+ goals in four of their last six Bundesliga outings, something that didn’t happen in any of their previous 15 in the competition.

On the other hand, the visitors have suffered just one defeat in their last five Bundesliga matches (W2, D2) after losing four of their previous five in the competition (W1). Following an upturn in form, the ‘Breisgau-Brasilianer’ have an outside chance of finishing seventh, which would see them reach the Europa Conference League play-offs. Freiburg’s 4-1 thumping of Koln in their most recent Bundesliga trip ended a run of four successive defeats in away Bundesliga matches. Curiously, Christian Streich’s men have scored as many goals against Koln as they managed in their previous eight league games on the road. At the other end of the pitch, Freiburg have registered a clear majority (69.23%) of their total away Bundesliga goals conceded this term in the second half of play (18/26). 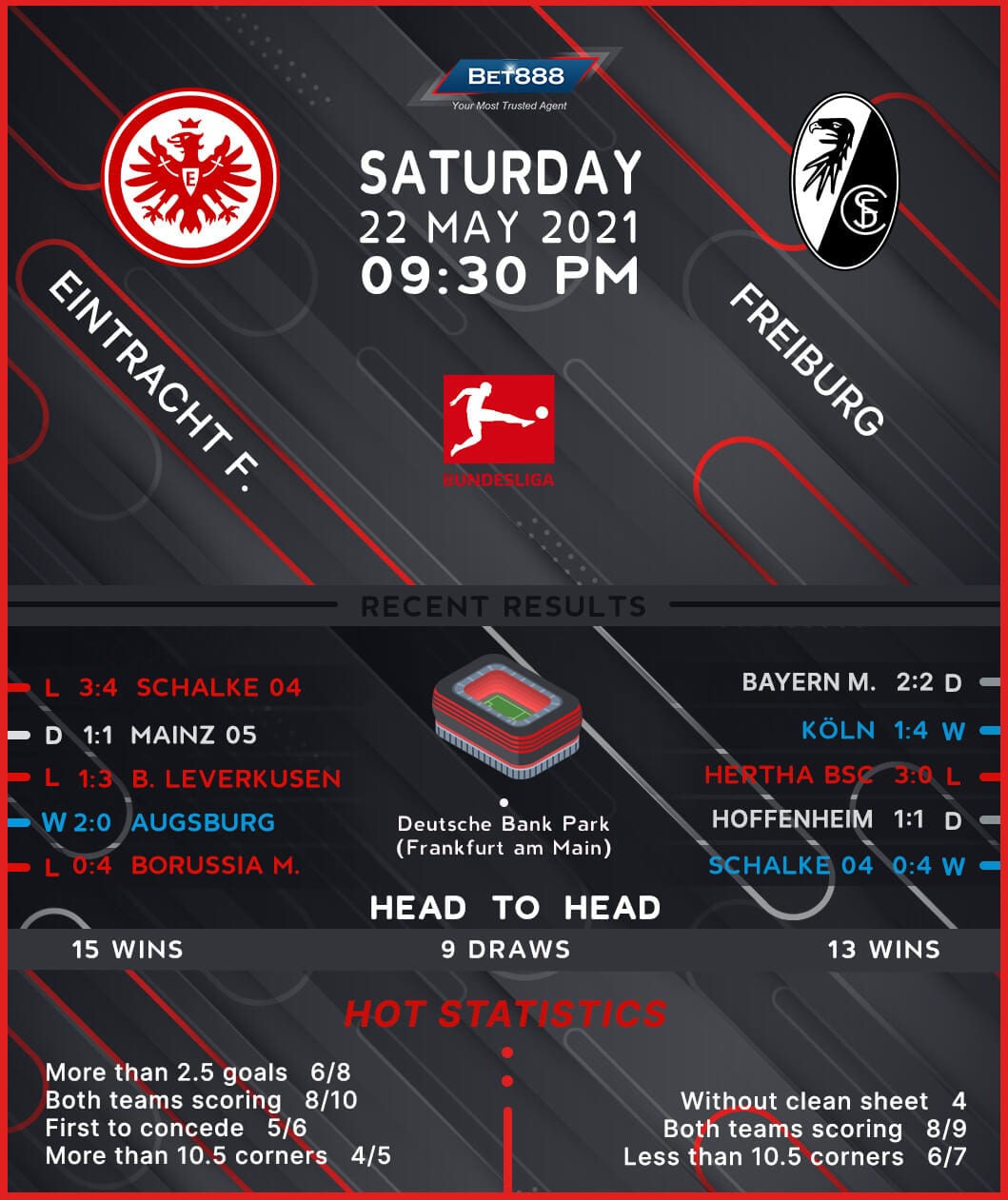