Deutsche Bank Park is the venue as Eintracht Frankfurt take on in-form Mainz in a high-stake Bundesliga contest. The hosts desperately need all three points to preserve their top-four status and secure a berth in next season’s UEFA Champions League group stage.

Eintracht Frankfurt have alternated between victory (2) and defeat (2) across their last four Bundesliga matches, with three of those results (win/loss) yielding a winning/losing margin of 2+ goals. The substantial 12 (70.59%) of Frankfurt’s last 17 Bundesliga goals scored/conceded have come in the second half of play. Despite their recent form struggle, Adi Hutter’s men have established themselves as a force to be reckoned with at home this season, having avoided defeat in each of their last 15 top-flight games at the Deutsche Bank Park (W9, D6). Furthermore, since the turn of 2021, ‘Die Adler’ have racked up 25 of a possible 27 home points (W8, D1), more than any other side in the German top-flight. A 2-0 victory in the reverse fixture earlier this season puts Eintracht in a prime position to clinch their first-ever Bundesliga double over Mainz.

Meanwhile, the visitors home gone into overdrive since losing 1-0 to Augsburg in late February, putting together a staggering eight Bundesliga games without losing (W5, D3). Mainz’s recent Bundesliga fixtures have been notably tight as each of the last 12 has yielded a full-time margin of under 1.5 goals. Away from home, ‘Die Nullfünfer’ are unbeaten in their last six league matches (W4, D2), five of which saw the opener scored by the 16th minute. Interestingly, a victory at Deutsche Bank Park would see Mainz tie the club’s best-ever four-game winning run in away Bundesliga matches from 2010/11. Delivering action from the get-go, Bo Svensson’s men have hit the net within 20 minutes in four of their last five league road trips. 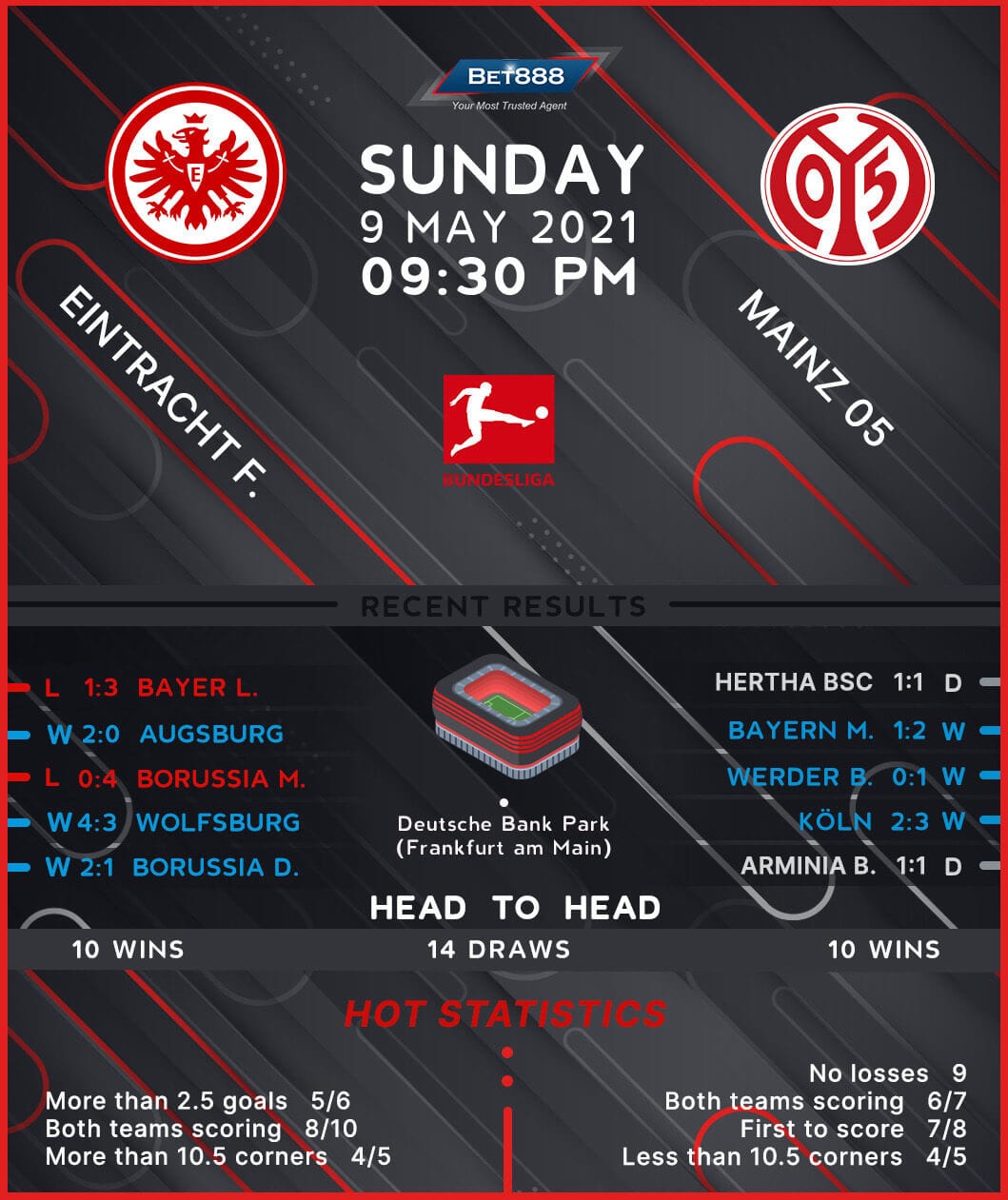