Eintracht Frankfurt entertain basement boys Schalke 04 at the Deutsche Bank Park for a potentially tight Bundesliga contest. Nine of their last ten top-flight meetings have seen the sides separated by under 1.5 goals at full-time.

Though they’ve won three consecutive Bundesliga matches warming up for this fixture, Eintracht Frankfurt go into this round on the back of a 4-1 thumping to Bayer Leverkusen in the DFB Pokal midweek. Yet, having gone unbeaten in nine home Bundesliga games on the bounce (W4, D5), ‘Die Adler’ are enjoying their longest unbeaten top-flight run at home under the current boss Adi Hutter. Furthermore, they have not lost any of their nine previous Bundesliga meetings with Schalke at this venue (W5, D4). However, Frankfurt have established themselves as ‘stalemate specialists’ this season, drawing more home Bundesliga matches (5) than any other side. The first-half action has been at a premium at the Deutsche Bank Park this term, as only two (28.57%) of Eintracht’s seven league fixtures here have featured over 1.5 goals before half-time.

Meanwhile, a 4-0 hammering of TSG Hoffenheim last time out saw Schalke post their first Bundesliga victory in 358 days to bring a disastrous 30-game league run without winning to a halt. What’s more, that triumph against Hoffenheim marked Schalke’s first Bundesliga clean sheet after 26 matches, a streak that lasted since February 2020. However, ‘Die Königsblauen’ are enduring a frustrating 18-game win drought away from home in the Bundesliga, and another failure here would see them equal the club’s worst-ever such run set between 1963-65. Christian Gross’s men will have a mountain to climb to avoid matching that negative club record, especially considering they have conceded over 1.5 goals in each of their seven Bundesliga trips this term. 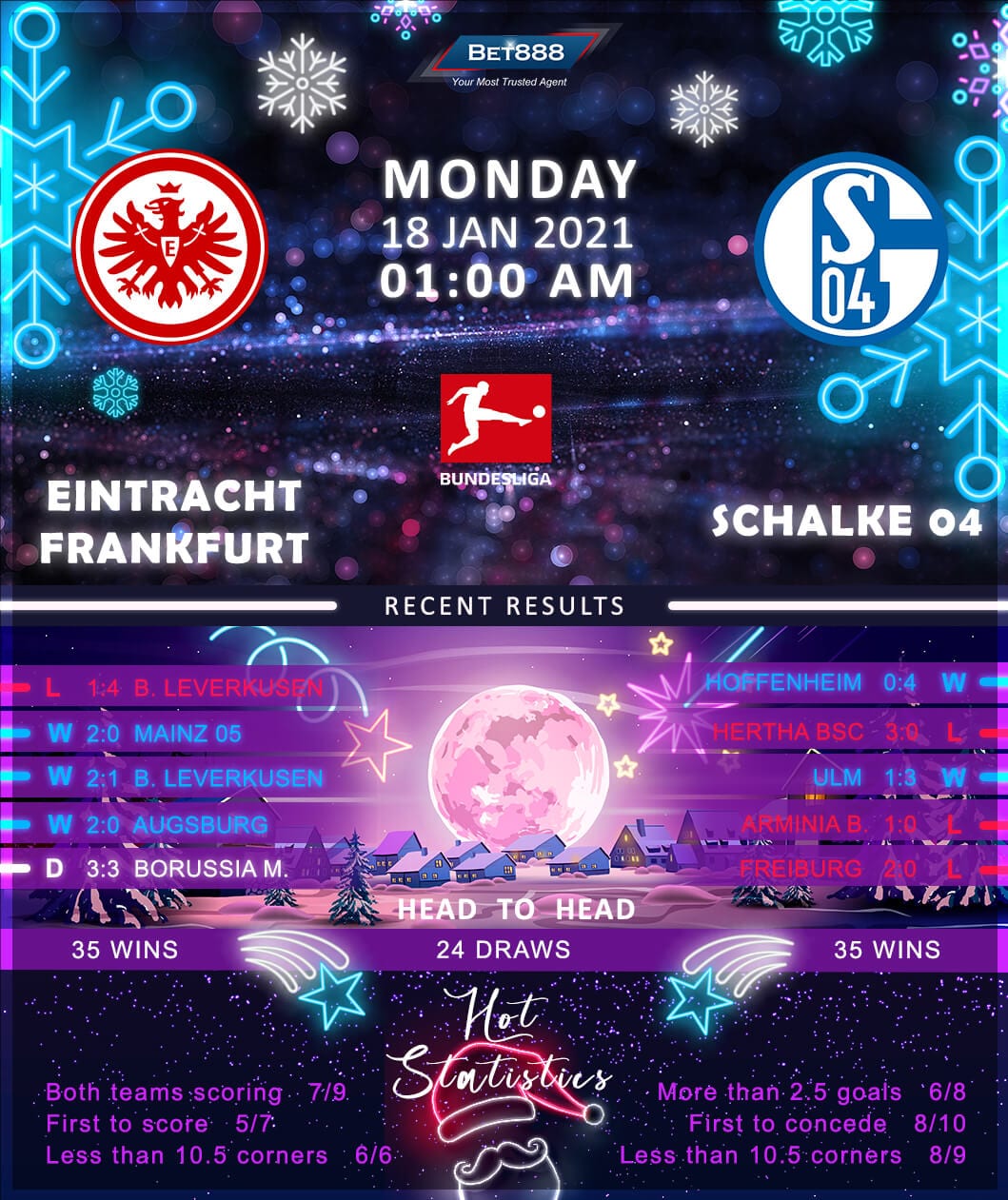