Eintracht Frankfurt and Union Berlin will square off at the Deutsche Bank Park in an exciting Bundesliga encounter.

Frankfurt have stumbled in the recent period, going from five consecutive Bundesliga triumphs to three league games without winning in a row (D2, L1). A drop-off in form has coincided with Eintracht’s lackluster finishing, as they’ve netted precisely once per match in their last three Bundesliga outings after scoring two or more in their previous 11 in the competition. However, they have registered an impressive average of 2.4 goals scored per match across their ten competitive meetings with Union Berlin. Adi Hutter’s men have demonstrated tremendous ability to bounce back after falling behind, notably avoiding defeat in all seven home Bundesliga games in which they conceded the opener this term (W3, D4). At home, ‘Die Adler’ had won five straight league fixtures before being held to a 1-1 draw to Stuttgart in their last top-flight encounter at the Deutsche Bank Park.

Low scoring has been a common theme in Union Berlin’s Bundesliga matches in 2021 as nine of 12 have featured under 2.5 FT goals. Indeed, Union’s Bundesliga fixtures this calendar year have produced a league-fewest 20 goals (GF:11, GA:9), nine fewer than any other top-flight side. Notably, cagey entries have seen ‘Die Eisernen’ keep a clean sheet inside the opening 15 minutes of away league action – only three other teams have managed this feat. However, if Urs Fischers’ men concede first, it may well put an end to their hopes of avoiding defeat here, as they’ve ended up losing 80% of the away Bundesliga fixtures in which they fell behind this season (GP:5 – D1, L4). Away from home, only five teams have netted fewer first-half goals than Union (6) this Bundesliga campaign. 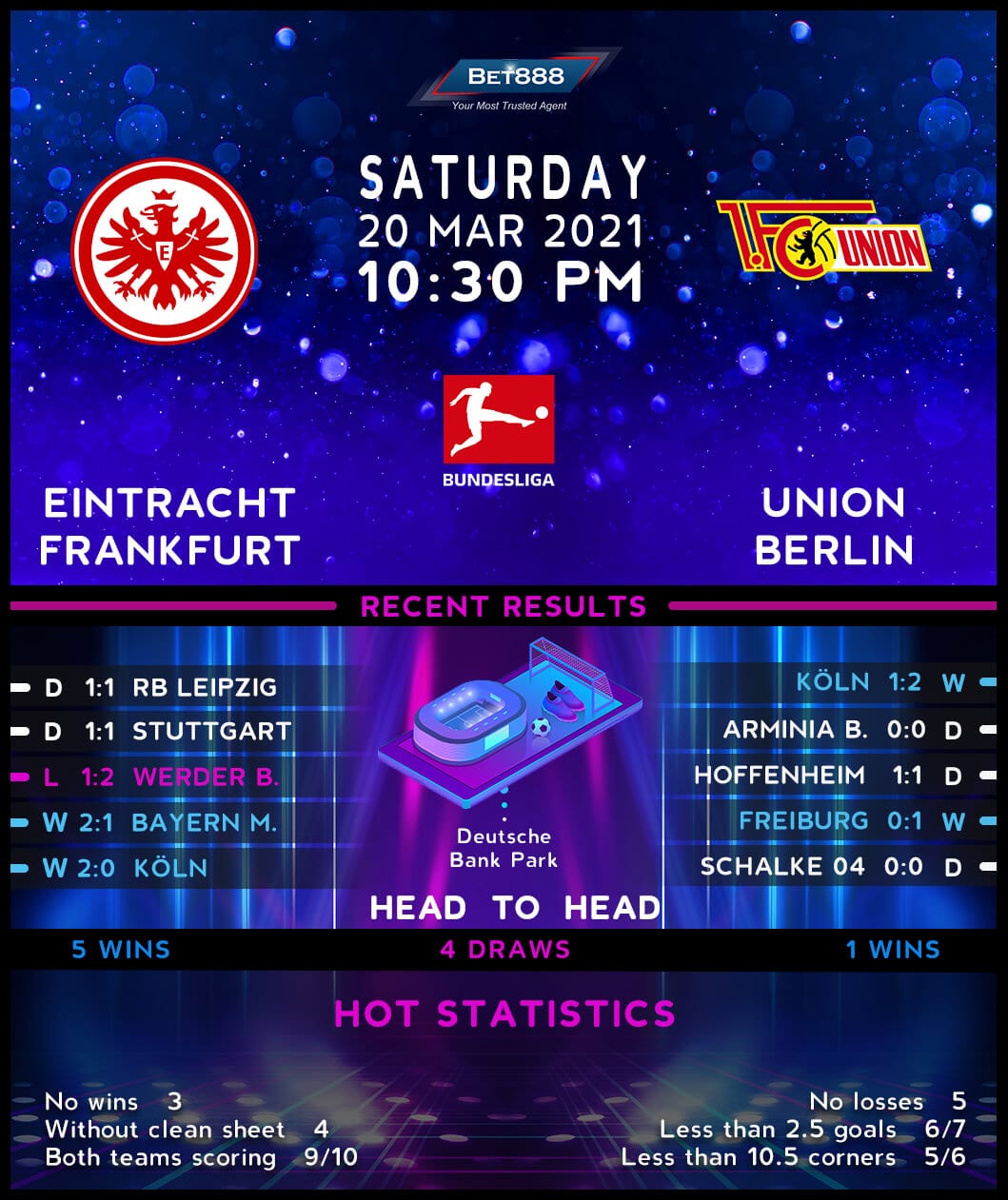