A chaotic ten-minute sequence saw Elche concede three late goals to slip to an underwhelming 3-0 defeat at Cadiz last time out, ending a run of three La Liga matches without losing (W2, D1). However, a pair of wins ‘to nil’ over Mallorca and Real Betis in April made sure to keep Elche in the relative safety of the relegation zone. After suffering three consecutive home league losses, ‘Los Franjiverdes’ are now unbeaten in their last two at Manuel Martínez Valero (W1, D1). That’s particularly encouraging, given that Elche have lost each of their last four La Liga home meetings with Atletico Madrid, including the last three without scoring. Against this backdrop, Francisco’s men have drawn a blank in just one of their eight previous home league outings.

In the meantime, Atletico Madrid eked out a narrow 1-0 home triumph over an under-strength Real Madrid side last time out after failing to get on the scoresheet in back-to-back La Liga games beforehand (D1, L1). But with fifth-placed Real Betis only three points adrift, there’s no room for complacency in the travelling camp, especially as ‘Los Colchoneros’ stare down the barrel of losing three successive away league matches for the first time since 2005. Worryingly, though, Diego Simeone’s men have fired blanks in their last two La Liga away fixtures. All competitions included, the dethroned Spanish champions have averaged just 0.4 goals per game across their five previous road trips. But Atletico will draw confidence from beating Elche in nine consecutive La Liga H2Hs, keeping a clean sheet in six of the last seven. 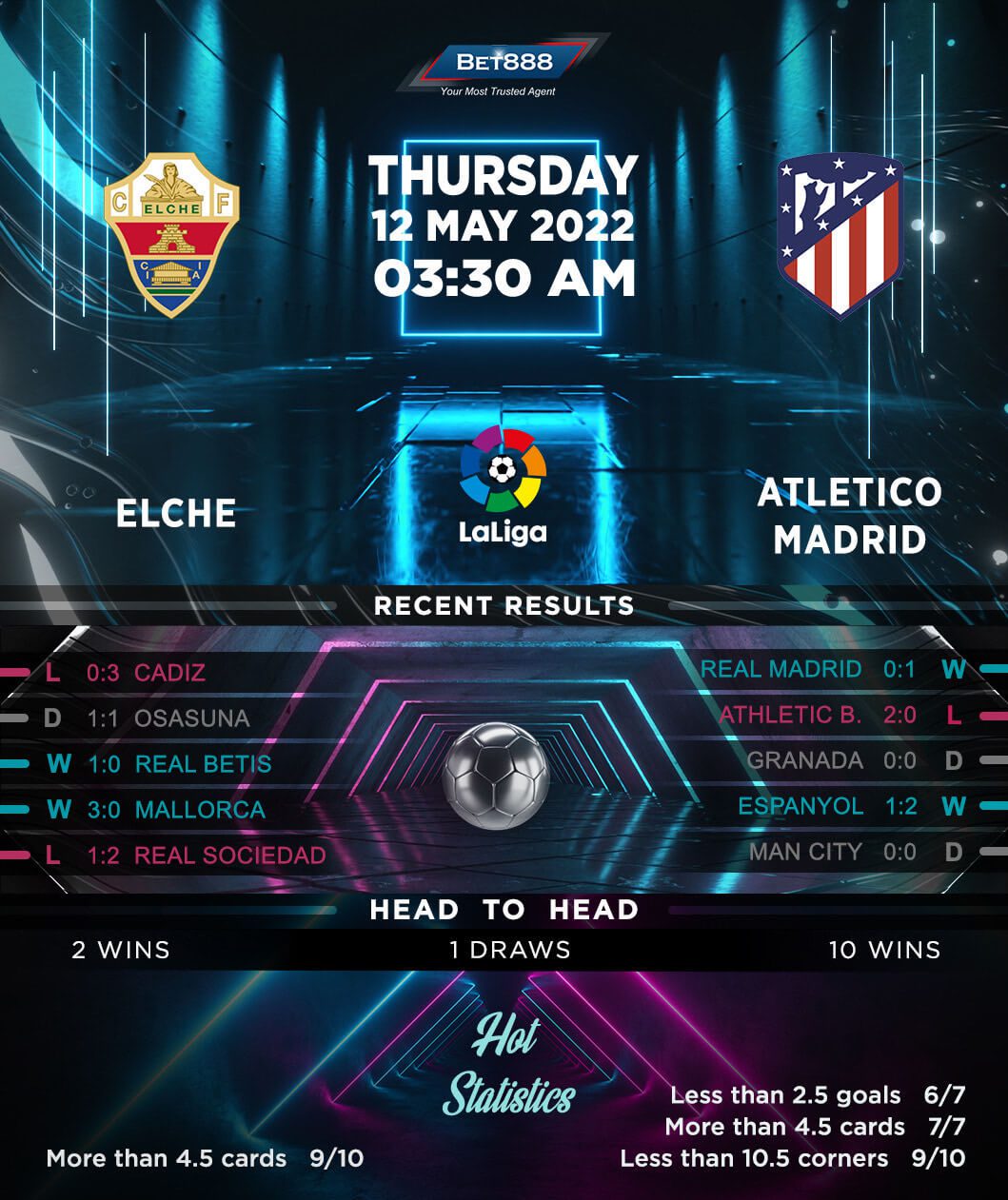