Estadio Manuel Martínez Valero is the venue, as Elche and Getafe meet in their first La Liga match since April 2015.

Elche have won none of their last ten La Liga fixtures (D6, L4), though they head into this encounter on the back of a 1-0 triumph against lower-league side La Nucia in the Copa del Rey midweek. Furthermore, they have failed to win any of their last five top-flight meetings with Madrid clubs (D1, L4), drawing a blank on three occasions! A genuine lack of firepower up front has seen ‘Los Franjiverdes’ net under 1.5 goals in nine of their ten previous league matches. Indeed, Jorge Almiron’s men have amassed a league second-low 12 goals scored thus far, with only one team bagging fewer first-half goals than Elche (6). Conceding the opening goal could pave the way for another disappointment, as they have failed to win any of their eight La Liga games when doing so (D3, L5).

Meanwhile, Getafe have lost their last three competitive matches via the same 1-0 scoreline, including a dismal defeat to Cordoba in the Copa del Rey midweek. What’s more, ‘El Geta’ have claimed only one victory across their 11 previous La Liga fixtures (D4, L6), drawing a blank six times in the process. By extension, Jose Bordalas’ men have failed to get on the scoresheet in 50% (8) of their 16 league games this season, with no side doing worse than that. Additionally, they have scored a league-low one first-half goal on the road this term. However, Getafe can take some confidence from the fact that they have suffered just one defeat in their last eight competitive trips to Elche (W2, D5). 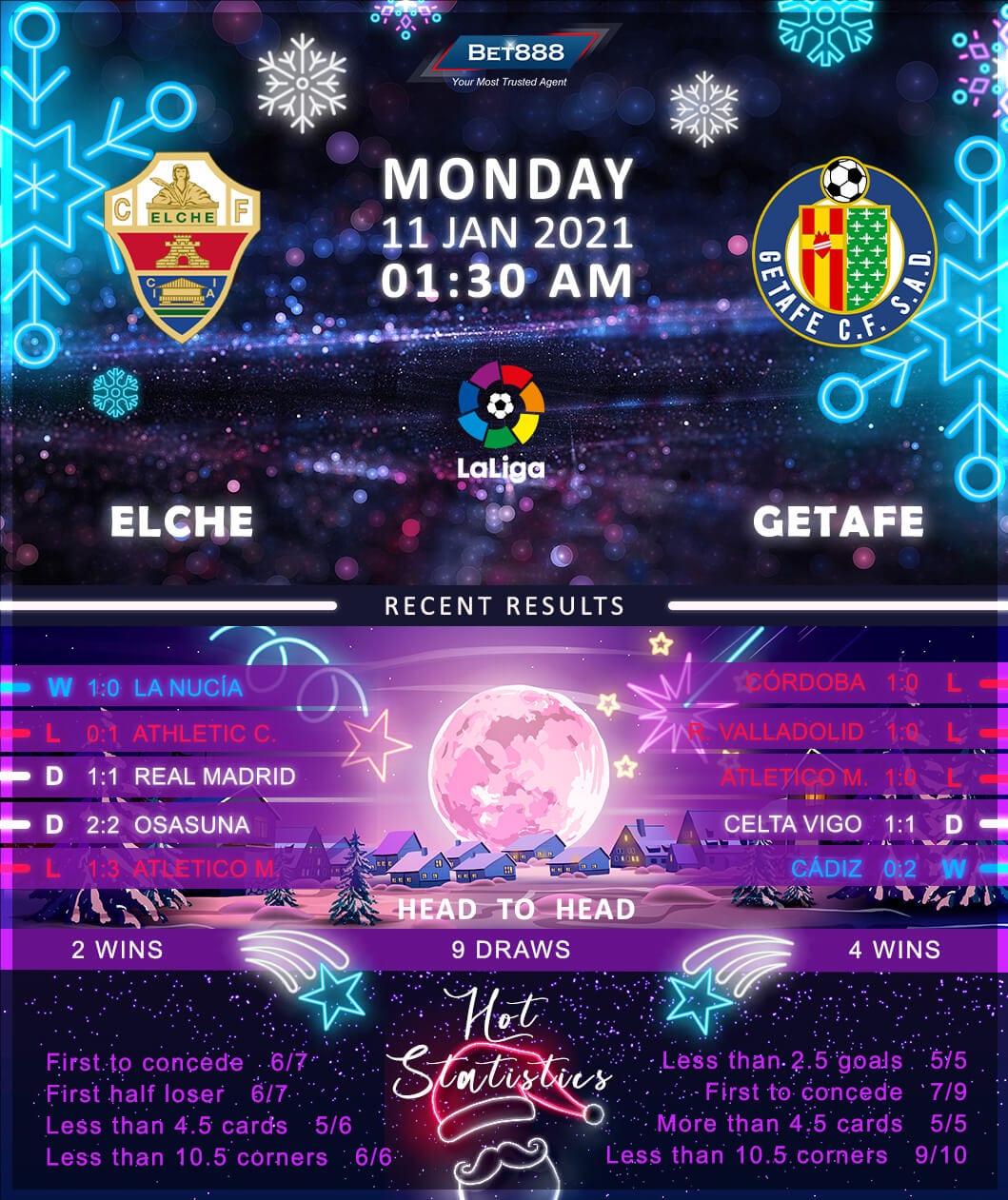