Estadio Manuel Martínez Valero is the venue as out-of-sorts Elche meet high-flying Real Madrid in only their fifth La Liga encounter this millennium.

Elche have gone winless in eight successive La Liga fixtures (D5, L3) since defeating Valencia 2-1 on Matchday 7, conceding the opening goal (if any) on five of those occasions. At home, ‘Los Franjiverdes’ have recorded just a single win in their seven La Liga matches this season (D4, L2), scoring under 1.5 goals in five. Additionally, they have lost their last four home top-flight meetings with Real Madrid, including both this millennium. A lack of the ability to bounce back after falling behind has seen Elche return just two points from six La Liga games in which they conceded the opener (D2, L4). On the other hand, they have not lost any of their five league matches where they opened the scoring (W3, D2).

Meanwhile, Real Madrid have hit the ground running this month, winning all five La Liga matches in December, the last four via the same two-goal margin. Furthermore, no team has accrued more away league points than Real (17) this season, with Zinedine Zidane’s men scoring the opening goal in seven of their eight La Liga trips to win five of them (D1, L1). In fact, the reigning Spanish champions have got on the scoresheet in the first 15 minutes of play in four of their eight away league games, conceding only one in return in that same timeframe. Remarkably, ‘Los Blancos’ have fallen behind only twice in La Liga this term, though they did lose both such fixtures. Real Madrid have won all four of their top-flight meetings with Elche in the 21st century, scoring 2+ goals on each occasion. 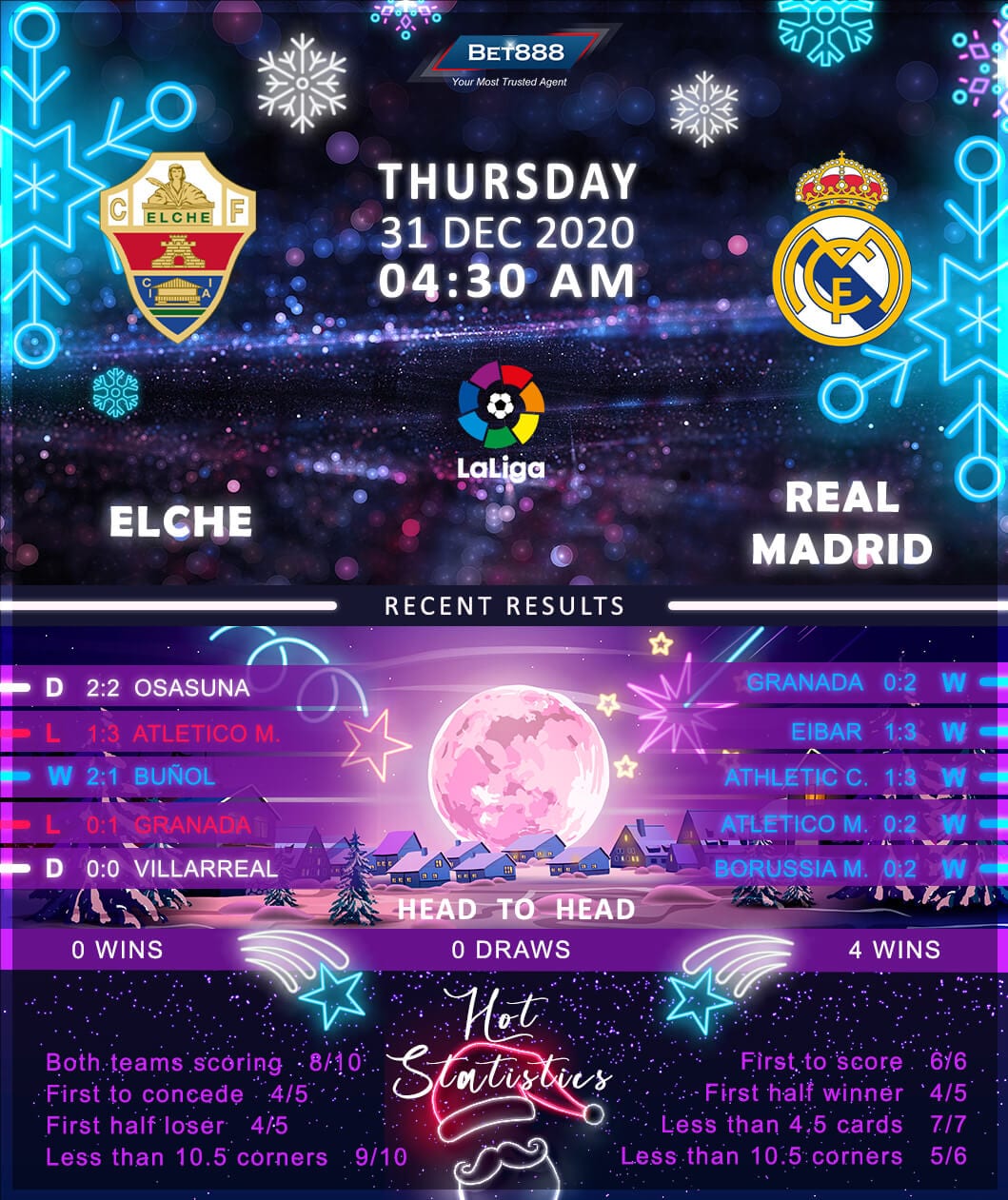