Juventus’ pursuit of a coveted top-four Serie A finish continues this weekend as they head to the Stadio Carlo Castellani to take on mid-table Empoli.

Empoli continue to flirt with the upper half of the table despite going winless in their last ten Serie A matches since mid-December (D5, L5). Though they’d want to snap the longest ongoing winless streak in Italy’s top-flight, zero clean sheets from their 13 Serie A home games this season could throw a spanner in the works. However, following a shock 1-0 victory in the reverse fixture back in August, Empoli could go unbeaten in both seasonal meetings with Juventus for only the second time in the club’s history, last achieving that feat in 1998/99. Worryingly, ‘Gli Azzurri’ are not only winless in their last eight Serie A H2Hs on home turf (D2, L6) since a 1-0 triumph in April 1999, they’ve netted just four goals in their 13 previous top-flight encounters against this opposition, home and away.

In the meantime, a 1-1 draw at Villarreal in the first leg of their Champions League last-16 tie in midweek marked Juventus’ third identical stalemate following similar results against Torino and Atalanta in Serie A. Although ‘I Bianconeri’ go into this round unbeaten in 12 consecutive league matches (W7, D5) since a 1-0 loss to Atalanta in November, three of their last four Serie A fixtures have ended level. A lack of scoring prowess has seen Massimiliano Allegri’s side net under 1.5 goals in three of their last four away games in all competitions. But the arrival of the divisions’ second-best scorer Dusan Vlahovic in January should help Juventus improve their uninspiring average of 1.46 goals scored per Serie A match this season. Yet, Juve have only lost one of their four away league fixtures after conceding the opening goal this season (W1, D2, L1). 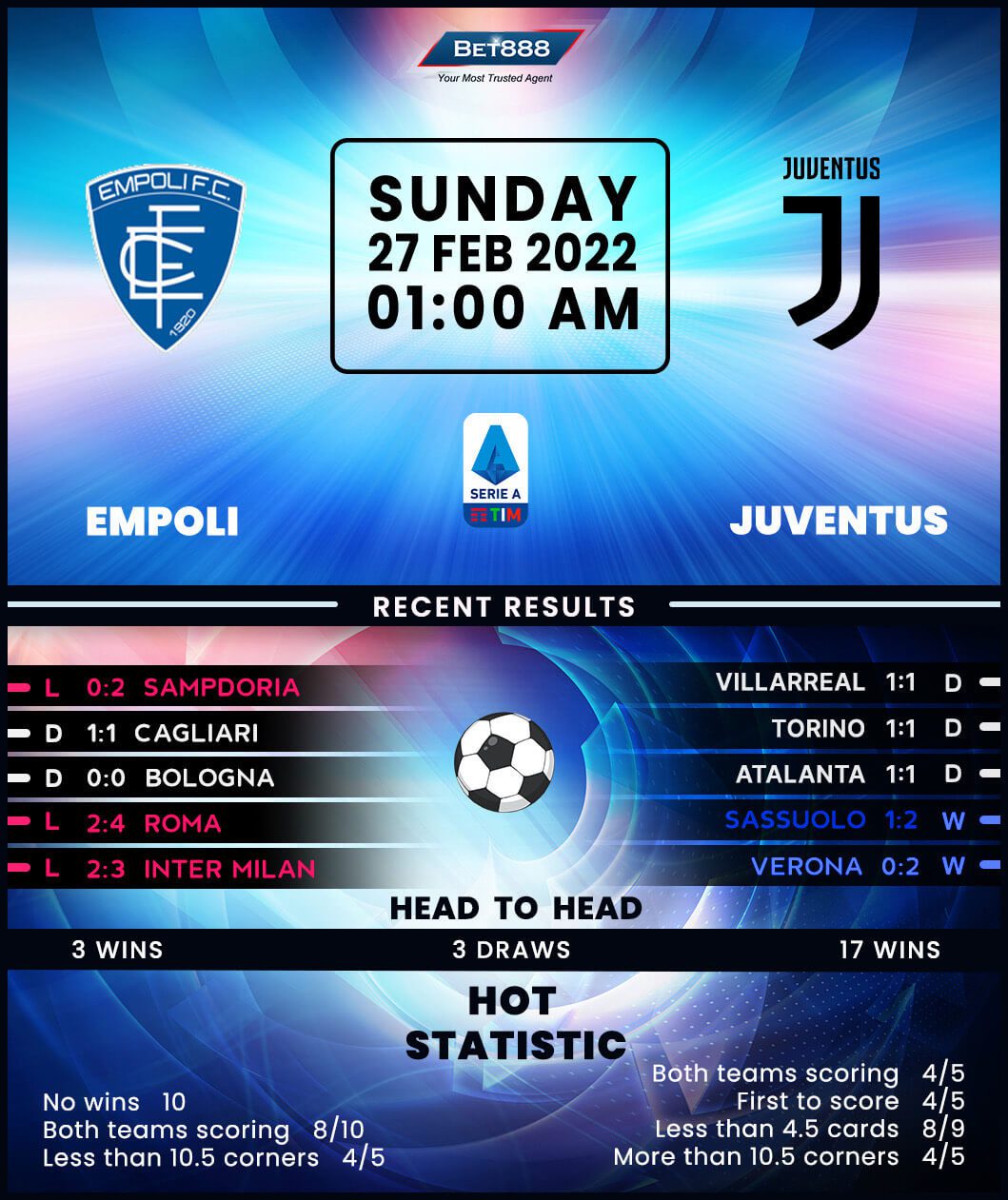