Napoli’s quest to win their first Serie A title in the 21st century continues this weekend as they head to the Stadio Carlo Castellani to take on bottom-half Empoli.

Well outside the top-half picture, yet in no real danger of suffering relegation, Empoli will feel relaxed despite going winless in their last 16 Serie A fixtures (D8, L8). ‘Gli Azzurri’ are experiencing the worst winless streak in Europe’s top-five leagues, but the overall H2H record at Carlo Castellani should feel them with confidence. Indeed, Empoli have lost just one of their eight Serie A home meetings with Napoli (W3, D4), courtesy of a 3-2 defeat in March 2017. Scoring has been an issue for Aurelio Andreazzoli’s side of late, having failed to get on the scoresheet in four of their last six Serie A outings, netting precisely once in the other two. That said, before a scoreless draw with Spezia in their most recent Serie A home match, Empoli had scored in nine consecutive top-flight games at Carlo Castellani.

As for Napoli, a heartbreaking 1-1 home draw with Roma in midweek Serie A action has derailed their hopes of winning their first Scudetto since 1989/90. With top-placed Inter Milan five points clear, ‘I Partenopei’ can ill-afford more slip-ups and a run of three consecutive Serie A away wins sounds inspiring. Interestingly, each of those three victories came ‘to one,’ with Napoli breaking the deadlock on every occasion. Worryingly, though, Luciano Spalletti’s men have lost their last two Serie A meetings with Empoli and could make it three top-flight H2H defeats on the bounce for the first time in the club’s history. However, Napoli are enjoying their best-ever away Serie A campaign, having won 37 points in 16 road trips this season (W11, D4, L1). 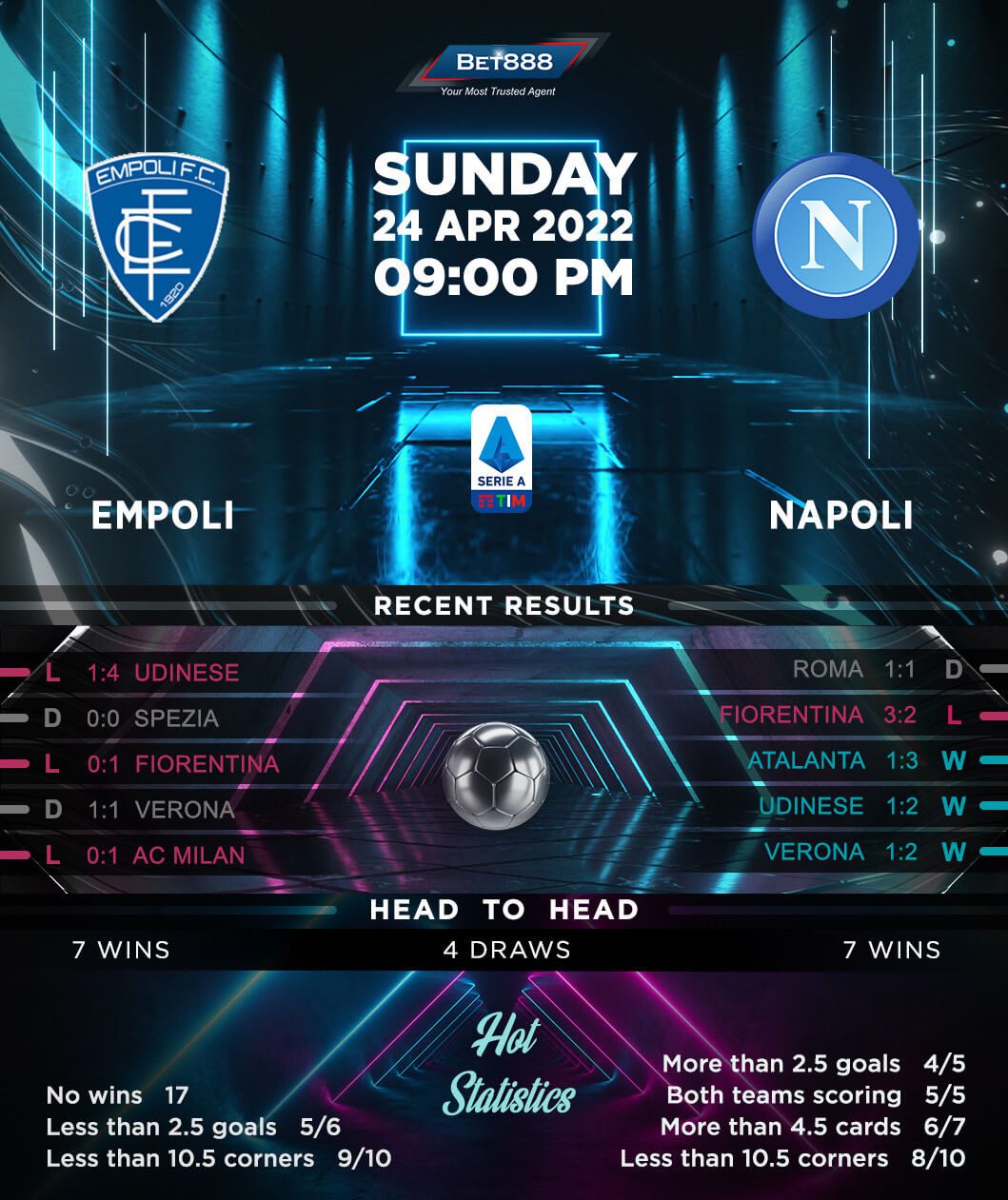