England welcome Austria to Riverside Stadium in an international friendly encounter ahead of their long-awaited participation in the rescheduled Euro 2020.

England have hit the ground running following the UEFA Nations League 2-0 away defeat to Belgium in November 2020, putting together four consecutive victories by an aggregate score of 13-1. Curiously, since being held to a goalless away stalemate to Denmark in September 2020, the ‘Three Lions’ haven’t drawn any of their subsequent nine matches, friendlies included (W7, L2). The ‘clean-sheet’ theme played a prominent role during that nine-game sequence, with all but two of the fixtures won/lost in that period seeing the winner on the day register a shutout. Gareth Southgate’s men have been ruthless on home soil over the past three years, notably winning 13 of their 14 home matches, including friendlies, except for a narrow 1-0 loss to Denmark in October 2020.

On the other hand, a humiliating 4-0 defeat to Denmark in their most recent game brought Austria’s impressive eight-match unbeaten streak to a halt (W6, D2). It was also the first time the Austrians had failed to score since a 1-0 away loss to Latvia in November 2019, a run of ten consecutive games. Alarmingly, ‘Das Team’ have failed to keep a clean sheet in five outings on the trot after recording three successive shutouts before this streak. Away from home, Franco Foda’s men are undefeated in their last five games on the bounce (W4, D1), with four of those games yielding a full-time margin of under 1.5 goals. Low scoring has been a common theme in Austria’s recent away fixtures, with five of their last eight road trips featuring under 1.5 FT goals. 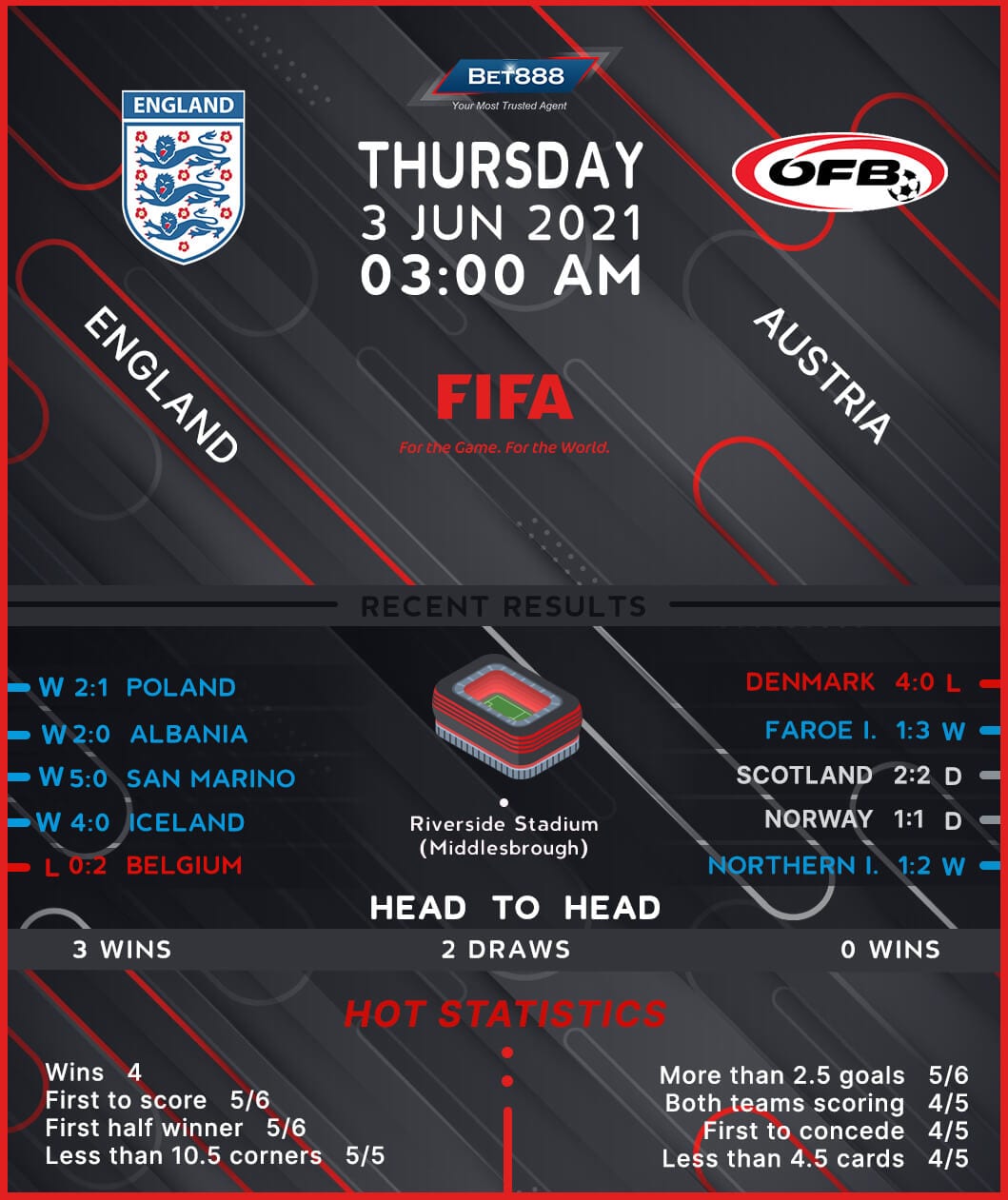