England and Croatia are set to trade tackles at Wembley Stadium in their Euro 2020 Group D opener.

England reached the final tournament in emphatic fashion, having won seven of their eight matches in the Euro 2020 qualifying campaign (L1), netting the highest average of 4.6 goals per game. However, England’s European Championship hoodoo has seen them play more matches at the final tournament (31) without ever reaching the tournament showpiece. The ‘Three Lions’ have never won their opening game at the European Championship tournament (D5, L4), though they’ve never lost at Wembley in a major competition if considered only 90 minutes of play (W6, D5). A victory over Croatia would see England rack up six consecutive international triumphs for the first time in over six years. Adding to their confidence, Gareth Southgate’s men have won their last six games on home soil, netting the opener on each occasion.

Meanwhile, the Croatians have qualified for their fifth successive Euro finals after finishing top of the Euro 2020 qualifying Group E, three points clear of second-placed Wales. Unlike England, the ‘Blazers’ tend to start their European Championship finals strongly, as witnessed by the fact they’ve never lost their opening match of the tournament (W4, D1). Since appearing at their first Euro finals in 1996, Croatia have alternated between qualifying for the knock-out phase and group stage elimination in all five final tournaments. Notably, Zlatko Dalic’s men have succumbed to just two losses in their last 11 matches at the European Championship, both of which yielded the same 1-0 scoreline – penalty shoot-outs excluded. However, they haven’t defeated England in any of their last five meetings (D2, L3) if considered only 90 minutes of play. 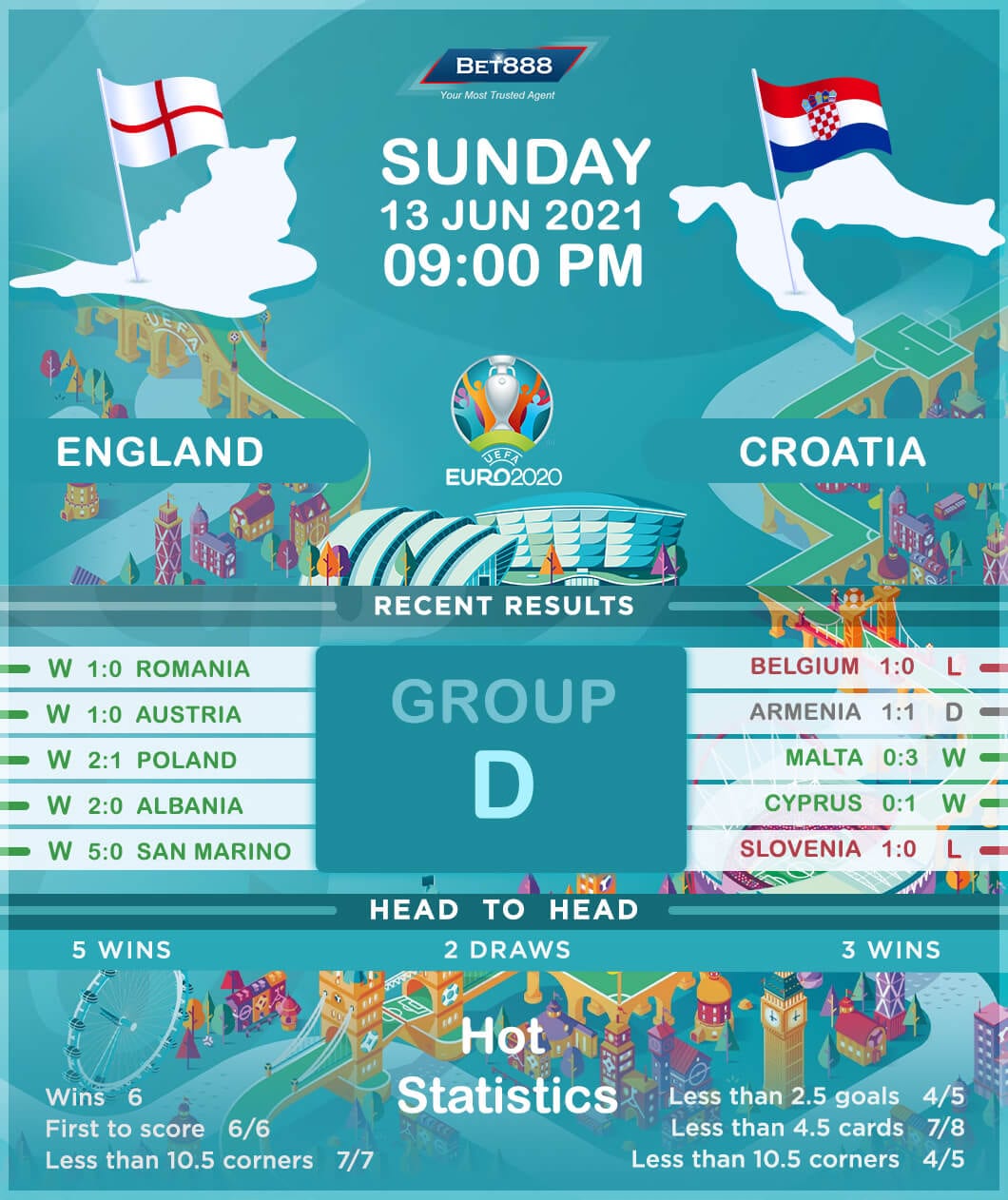