England and Romania are set to face-off at Riverside Stadium in the home side’s final preparation game ahead of the Euro finals.

Since losing 2-0 away to Belgium in the UFEA Nations League back in November 2020, the hosts have racked up a five-match winning streak, returning a +13 goal difference from that period (GF:14, GA:1). Since succumbing to a 2-1 home loss to Spain in their first home game following their World Cup exit in 2018, the ‘Three Lions’ have won 14 of their subsequent 15 matches on home soil (L1), with a 1-0 home reverse to Denmark in the UFEA Nations League in October 2020 the solitary exception to this run. England had gone unbeaten in three consecutive home H2H meetings with Romania (W1, D2) before suffering a 3-2 defeat in their most recent such contests, though it’s worth noting that reverse dates back to June 2000.

Meanwhile, the visitors have gone from four straight matches without losing (W3, D1) to three defeats in a row, all of which came by a single-goal margin. Away from home, Romania are winless in their last four games on the trot (D1, L3), conceding 2+ goals in each reverse in this sequence. Particularly vulnerable in the second half of play, they have registered six of their last eight goals shipped away from home after the half-time break. On the bright side, the ‘Tricolours’ have got on the scoresheet in six of their last seven outings, netting over 1.5 goals per match four times in this spread of fixtures. 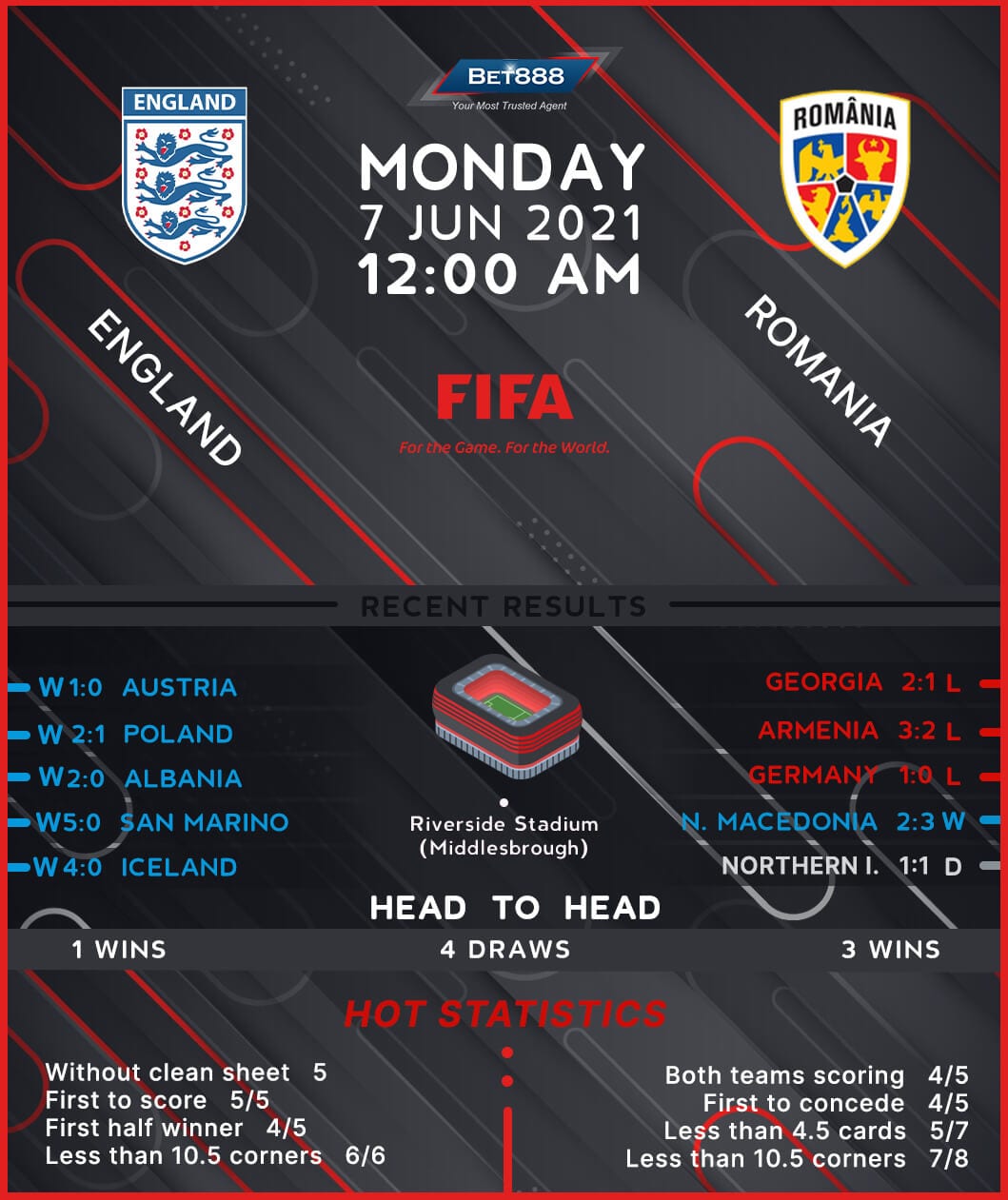