England’s journey to the FIFA World Cup 2022 begins this midweek as they welcome San Marino to Wembley Stadium for their Group I opener.

England head into proceedings as overwhelming favorites to start their qualifying campaign with flying colors, having won each of their last 18 home qualifying matches for major tournaments. As expected, the H2H record massively favors the home side, as their six competitive H2Hs have all seen England hammer San Marino by at least a five-goal margin. At Wembley, the hosts have won all three H2Hs by 5+ goals ‘to nil,’ leading at half-time by 2-0 on each occasion. Notably, the ‘Three Lions’ have begun each of their last seven qualifying campaigns for major tournaments with a victory, returning a +24 goal difference for good measure (GF:24, GA:0). Curiously, ten of England’s last 11 matches have seen one or both sides fail to find the net (W8, D1, L2), with seven of them featuring over 2.5 total goals.

Meanwhile, as FIFA’s worst-ranked nation, San Marino are still waiting for their first success in qualifying games for major tournaments, having lost 139 of 142 such fixtures (D3). ‘La Serenissima’ come into this encounter on the back of 43 consecutive reverses in World Cup/European Championship qualifiers, last avoiding defeat in such contest against Latvia in April 2001 (1-1). Additionally, Franco Varrella’s men have failed to get on the scoresheet in 11 consecutive road trips in all competitions since succumbing to a 5-1 walloping to Azerbaijan in September 2019. The only encouragement the Apennine minnows can find is that they did not lose two of their four competitive games in 2020 (D2, L2) despite drawing a blank on each occasion. 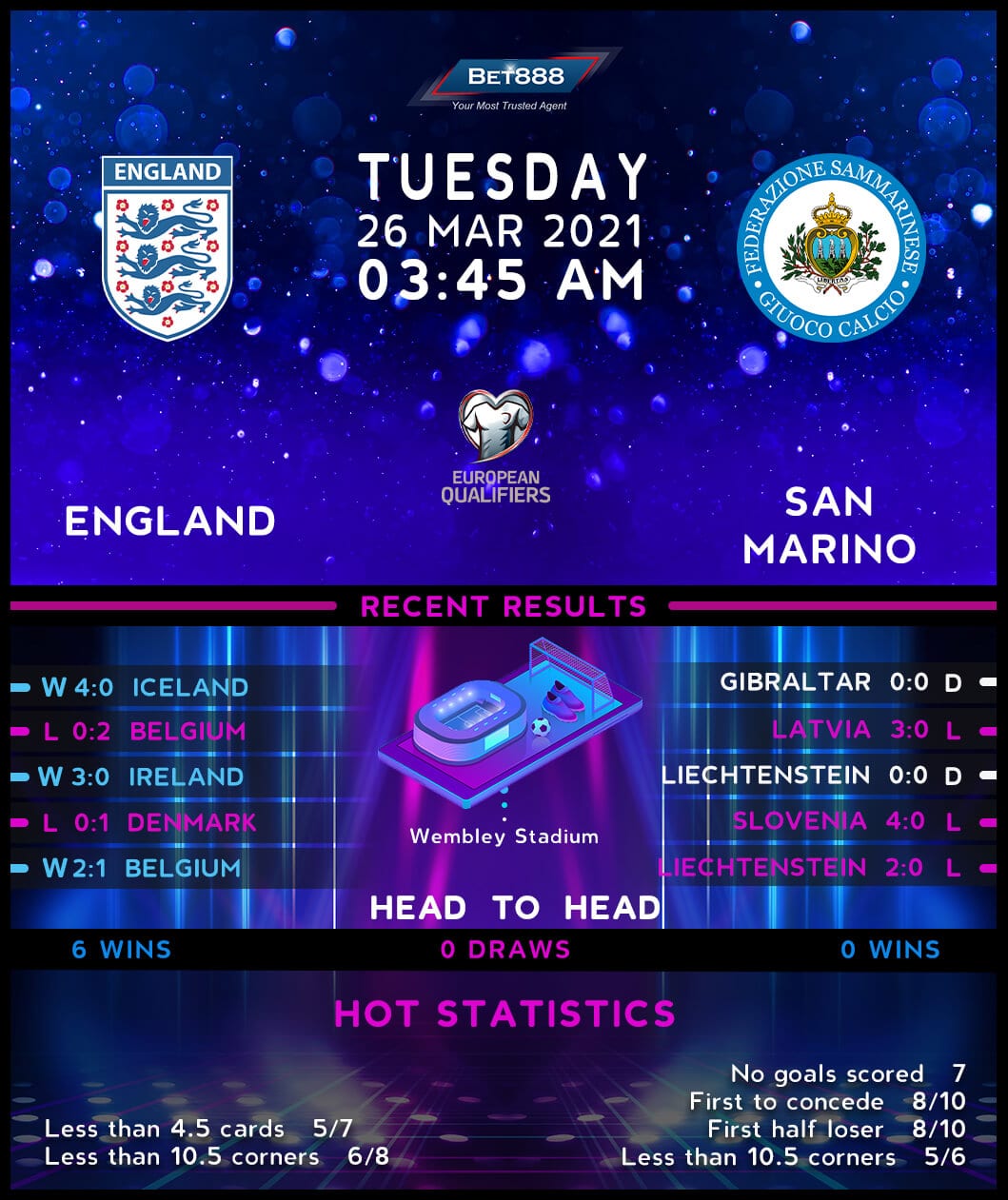