England and Scotland are set to trade tackles at Wembley Stadium in the most highly anticipated fixture of the Euro 2020 Group D.

England’s 1-0 win over Croatia in their Group D curtain-raiser puts them in the driving seat to reach the knock-out stages of Euro 2020 as they take the field on the back of seven consecutive victories. After winning each of their six internationals in 2021, England could set a new country record with a victory against a Scotland side they have lost to just once in their last 11 H2H meetings (W8, D2). Additionally, Gareth Southgate’s men have scored 2+ goals in each of their previous four matches against this opposition (W3, D1), 2.5 goals per game. Interestingly, England and Scotland have met at Wembley 32 times so far, with none of those encounters ending in a draw. If the ‘Three Lions’ win here, it may well be a tight victory, considering each of their last four international triumphs came by a single-goal margin.

On the other hand, Scotland succumbed to a dismal 2-0 loss to the Czech Republic in their tournament opener, ending a scoring run of five successive international fixtures (W2, D3). In fact, the ‘Tartan Terriers’ have now failed to get on the scoresheet in five of their seven matches at the European Championships, losing all five games at the tournament after falling behind. Anything but a positive result is likely to end Scotland’s hopes of making it out of the group stage. Regardless of the outcome, there should be plenty of excitement in this encounter, considering their four H2H clashes in the 21st century produced an average of 4.00 goals per game. 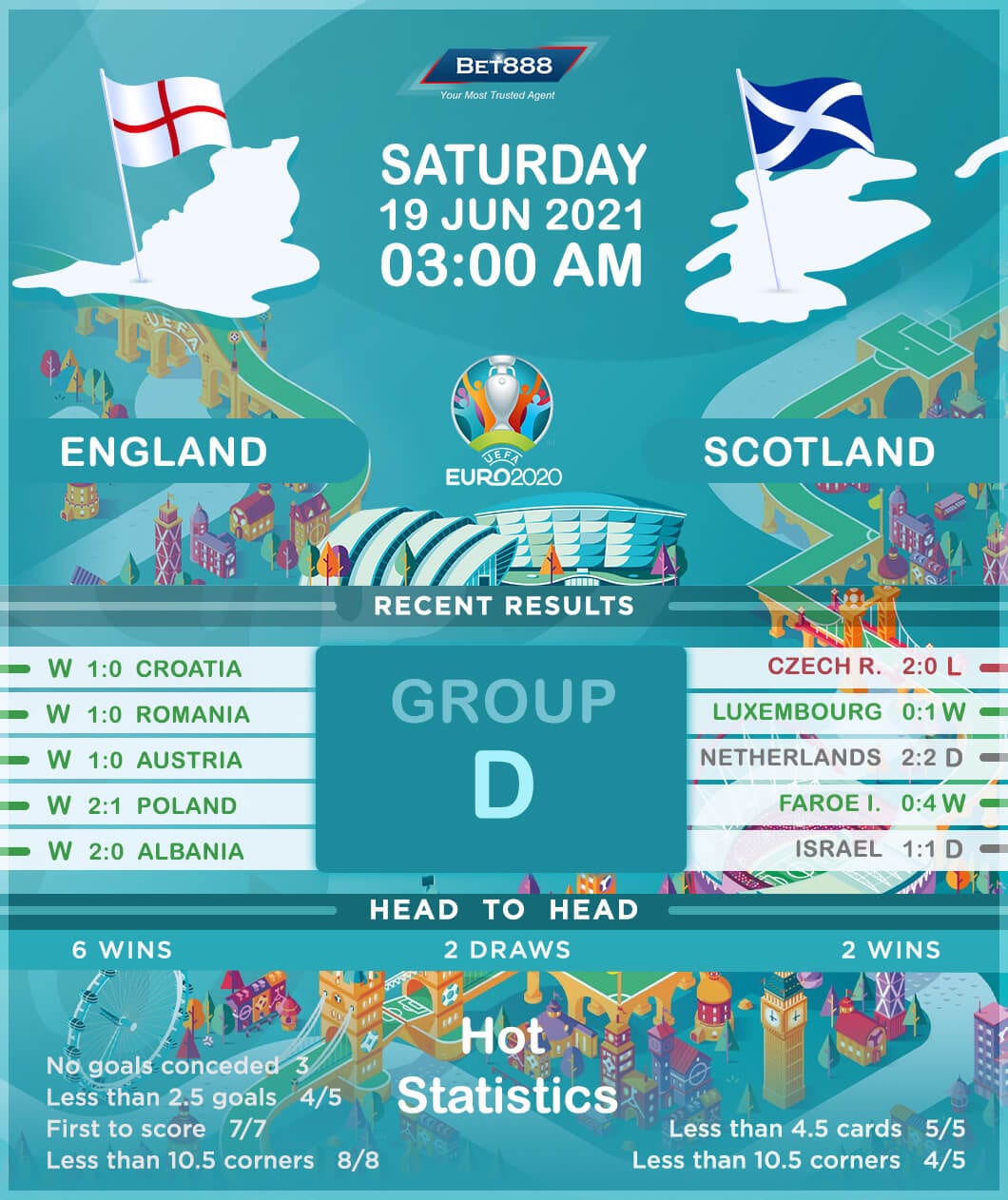