Estonia and the Czech Republic will trade tackles at the Arena Lublin in their opening match in Group E.

Minnows Estonia come into this encounter having failed to win any of their last 14 competitive matches (D4, L10), drawing a blank nine times in the process. As the lowest-ranked nation in Group E (#108), the ‘Blueshirts’ have succumbed to a 2+ goal margin in nine of their last ten World Cup Qualifying reverses, which has been the case in both of their previous competitive meetings with the Czech Republic. Additionally, Thomas Häberli’s men have lost each of their last six competitive fixtures against FIFA’s top-50 nations since enjoying their last competitive success in November 2018, with four of those failures yielding a full-time margin of over 2.5 goals. Playing this match on neutral soil may even benefit Estonia, as they have won none of their previous 13 home games, friendlies included (D4, L9).

On the other hand, the #42 ranked Czech Republic have not drawn any of their previous 34 matches (W19, L15) since being held to a 1-1 away stalemate to Norway in June 2017. Four of their last six road qualifying fixtures (European Championship and World Cup) have seen the winner on the day keep a clean sheet (W2, L4). Seeking their first appearance at the final tournament since 2006, Jaroslav Šilhavý’s men will have to overcome a disappointing win-ratio of 40% they’ve recorded in every subsequent qualifying campaign. As ever, starting well will be a priority, especially given that each of their last six games have seen the winner on the day get on the scoresheet first (W4, L2). Topically, the Czech Republic have found the first-half opener in five of their last six encounters against the nations sitting outside FIFA’s top-100. 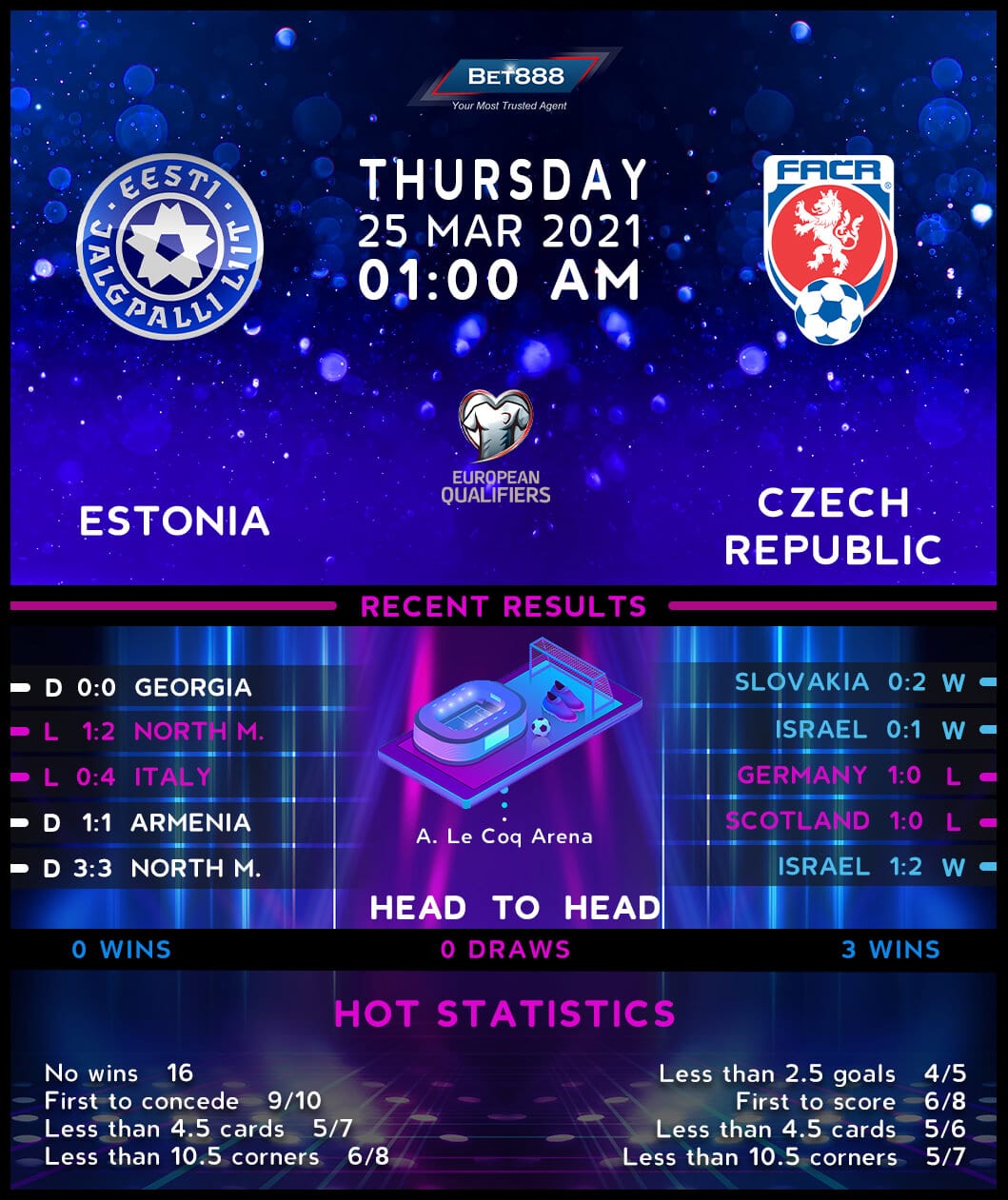