The hosts have gone unbeaten in three Premier League games in a row (W2, D1) since losing 1-0 to Leeds on Matchday 10, winning the last two without conceding. At home, however, it’s been just one victory for Everton in their four previous league matches (D1, L2). Each fixture the ‘Toffees’ failed to win in that sequence saw them concede beyond the 70th minute. Notably, after scoring 11 goals combined across their opening three home Premier League games, Carlo Ancelotti’s men have only accrued a total of two in their last three such outings. But, they now take on a side they’ve not lost to in three of their four previous Premier League meetings held at Goodison (W2, D1), keeping a clean sheet in the last two.

On the other hand, Arsenal’s nightmare continued during the midweek, as they could only play out a 1-1 home draw with Southampton to take their winless Premier League streak to six matches (D2, L4). A lack of ruthlessness in front of goal saw the ‘Gunners’ draw a blank four times across that six-game sequence. What’s more, Mikel Arteta’s men have netted a miserly average of 0.83 goals per Premier League trip so far, scoring just once in their last four away league fixtures, with that lone goal coming from the spot! They also failed to find the net in the first half in each of those four contests. Meanwhile, the Londoners have been vulnerable before the half-time break, registering 83.33% (5) of their six away Premier League goals conceded in the first half of play. 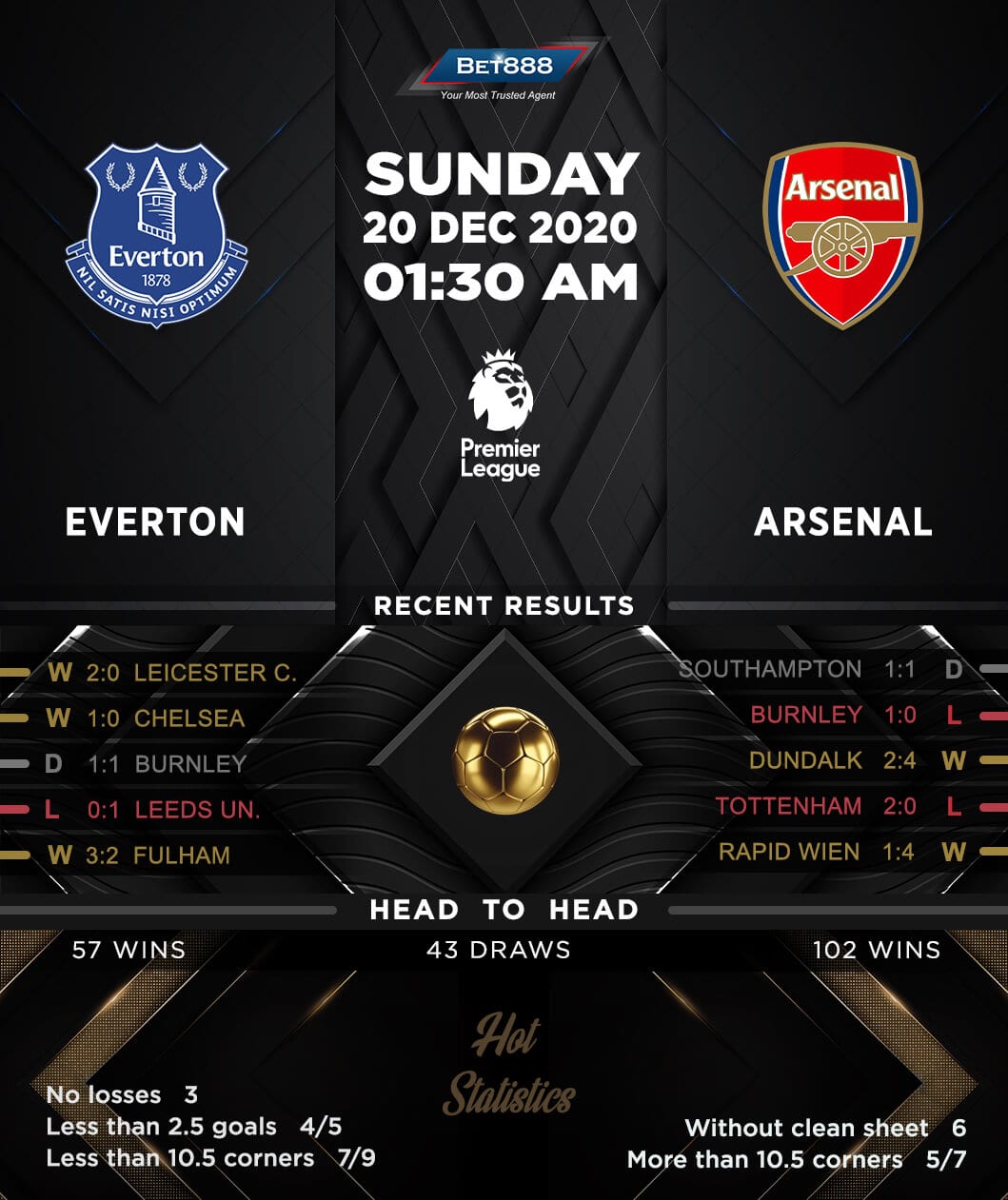