Aston Villa head to Goodison Park to take on Everton, looking to extend an undefeated run in their Premier League H2Hs to three games (W1, D1).

A keenly-contested 1-0 away win over Arsenal last time out ended Everton’s disastrous five-game winless run in the Premier League (D3, L2). However, a lack of end product in the final third continues to torment Carlo Ancelotti’s side as they’ve now scored under 1.5 goals in seven of their last eight league matches, drawing a blank at half-time on five occasions. At Goodison, the ‘Toffees’ have claimed just one victory in their last nine Premier League fixtures (D3, L5), courtesy of a narrow 1-0 win over Southampton back in March. A half-time lead would provide a massive boost to the home team’s hopes of winning, given their impressive 90.91% win-ratio in the league games that saw them ahead at the break this term (W10, D1). Curiously, Everton’s aerial strength has seen 27.3% of their total Premier League goals scored this season converted by headers (12/44).

On the other hand, the visitors have suffered a dip in form ahead of this trip, going winless in three consecutive Premier League matches since a 3-1 home victory over relegation-threatened Fulham in early April (D1, L2). By extension, Dean Smith’s men have lost nine of their 18 top-flight outings since the turn of the year, with only two sides suffering more defeats in 2021 so far. Yet, the ‘Lions’ have been quite an exciting team to watch lately, with each of their last four Premier League games seeing over 2.5 goals and both teams on the scoresheet. There has been plenty of early drama in Aston Villa’s recent league fixtures, with each of the last two seeing both sides score within the opening 25 minutes of play. 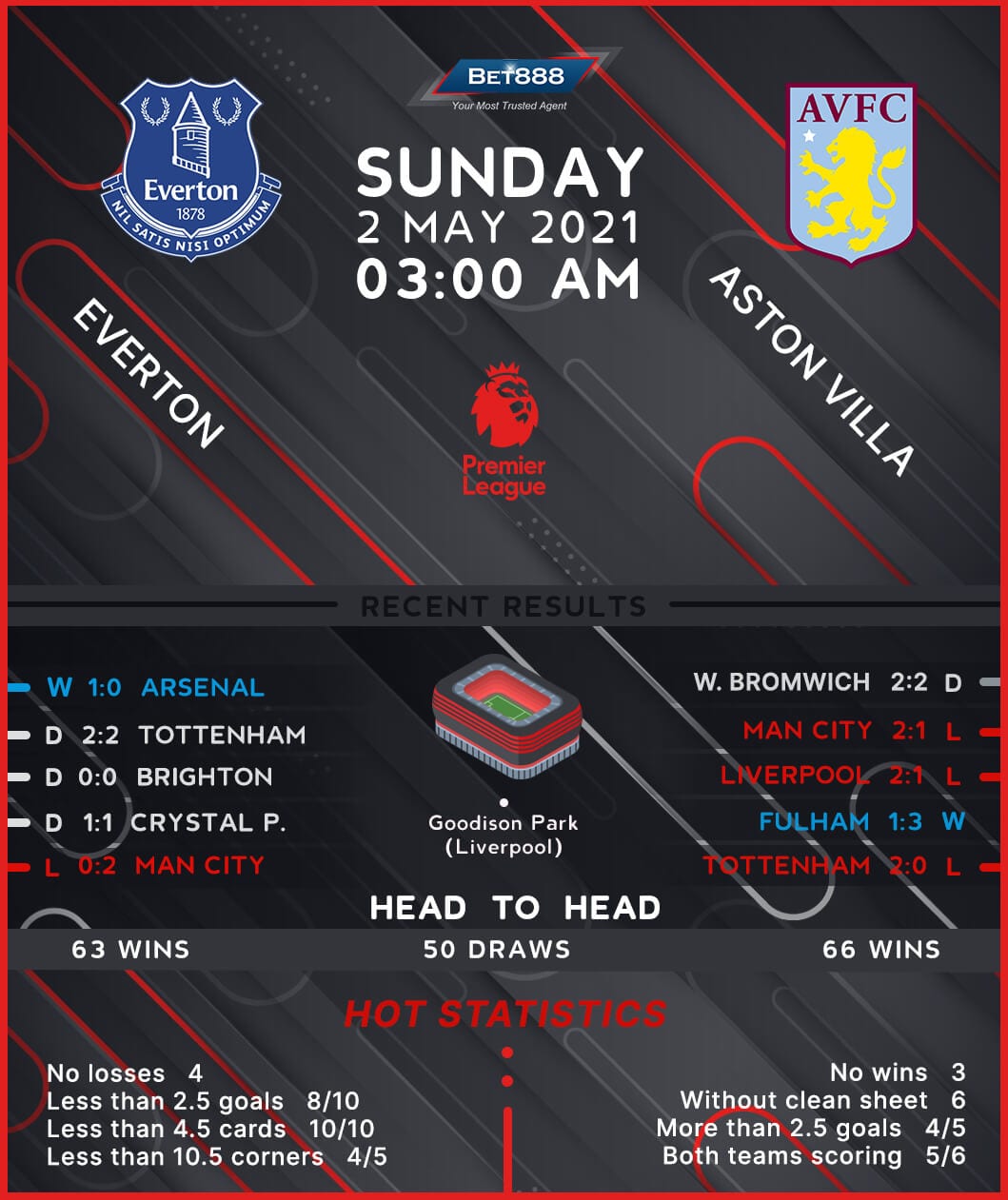