Everton will be looking to return to winning ways in the Premier League and remain in contention for a top-four finish when they lock horns with out-of-sorts Burnley at Goodison Park.

A dismal 2-0 away defeat at Chelsea over midweek saw Everton’s three-match winning streak in the Premier League come to an end, with all four games won/lost in that sequence seeing the winner on the day register a shutout. The ‘clean-sheet’ theme remains significant in the context of Everton’s Premier League fortunes this season, with 56.52% of their top-flight wins/losses seeing the loser fail to get on the scoresheet. Topically, none of the six Premier League meetings between the Merseyside giants and Burnley at Goodison has ended level (W5, L1), with five of those encounters witnessing the victor keep a blank sheet. At home, the ‘Toffees’ have suffered four defeats in their last six Premier League fixtures (W1, D1), three of which have come by a two-goal margin.

Meanwhile, the visitors have played out four draws in their last five Premier League outings (L1), one more than they had in their previous 23 in the competition (W7, D4, L11). Away from home, however, the ‘Clarets’ have alternated between a win and a loss across their last five Premier League matches (W2, L3). A 4-0 humiliation at the hands of Tottenham in their last top-flight trip means that all of Burnley’s previous 11 away fixtures in the competition have seen one or both sides fail to find the net. Sean Dyche’s men have struggled to impress on the road this term, scoring the division second-low eight away goals thus far, only three of which have arrived before half-time. At the other end of the pitch, they have let in the fifth-high 11 first-half away goals. 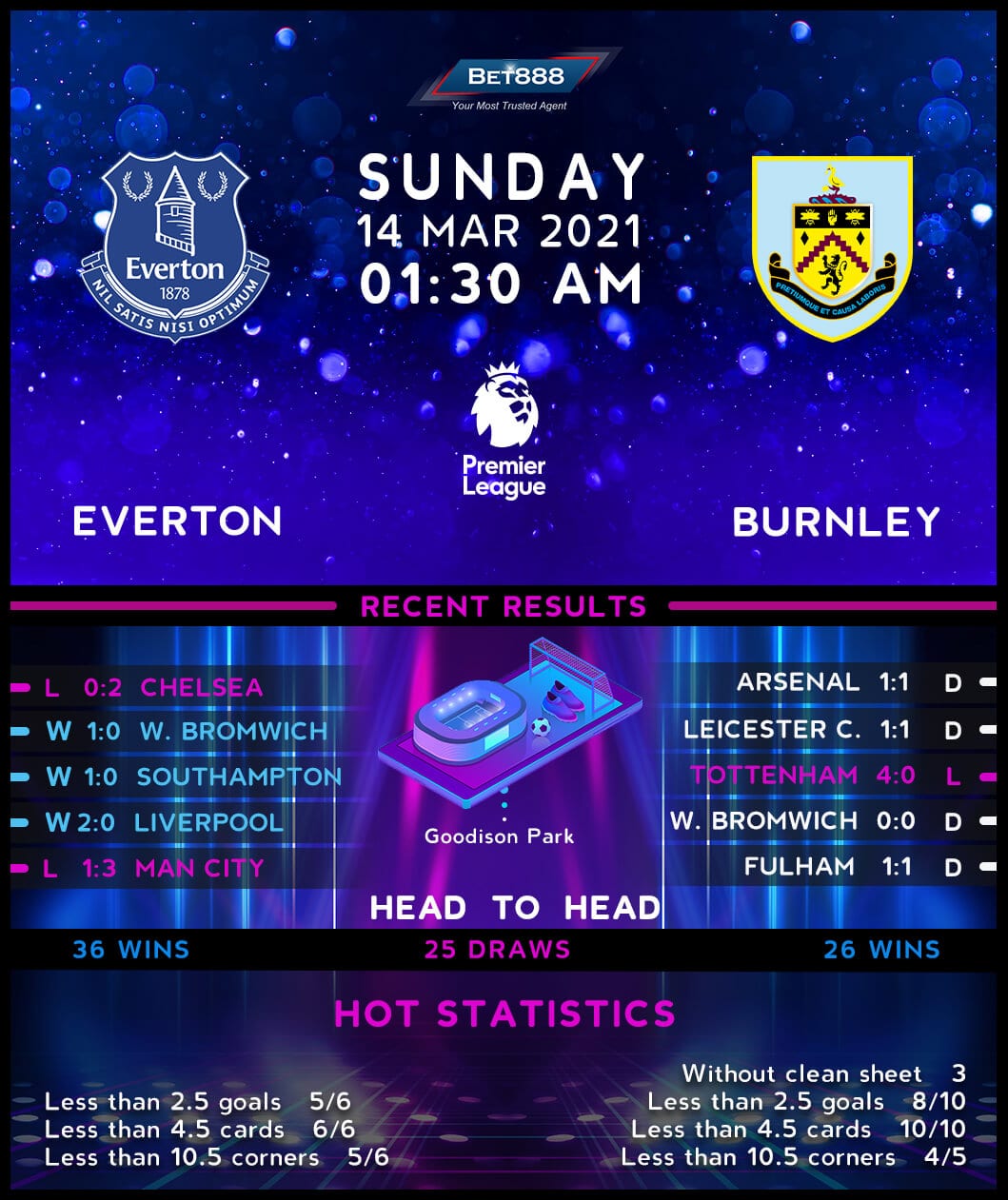