Everton and Chelsea go head-to-head at Goodison Park in an exciting Premier League encounter. The ‘clean-sheet’ theme could be of the essence here, as seven of their last eight league H2H meetings have seen one or both sides fail to find the net.

A 1-1 away draw with Burnley last time out means the ‘Toffees’ have won just one of their seven previous Premier League matches (D2, L4), as the hosts take the field trailing fourth-placed Leicester City by four points. Slow-starting Everton conceded the opening goal five times across that seven-game sequence, which has not been the case in any of their last three top-flight H2Hs held at this venue (W2, D1). Despite Everton’s recent dip in form, Goodison Park has been a venue of entertainment this season, as four of the five Premier League fixtures held here have seen over 3.5 goals and both teams on the scoresheet. Curiously, three of those five games have yielded the identical 2-1 half-time score (HT: W2, D2, L2).

As for the visitors, they head into this clash in the midst of a purple patch, having avoided defeat in 17 consecutive matches across all competitions, if considering only 90 minutes of play (W10, D7). In the Premier League alone, Frank Lampard’s men have not lost any of their last nine fixtures (W5, D4) since succumbing to a 2-0 home defeat to Liverpool back in September. Additionally, Chelsea have won three of their five away games in the Premier League this term (D2), with each of those victories coming by at least a two-goal margin. The ‘Blues’ have registered a clear majority (72.73%) of their Premier League goals scored on the road in the second half of play (8/11), with six (54.55%) of them arriving beyond the 60th minute. 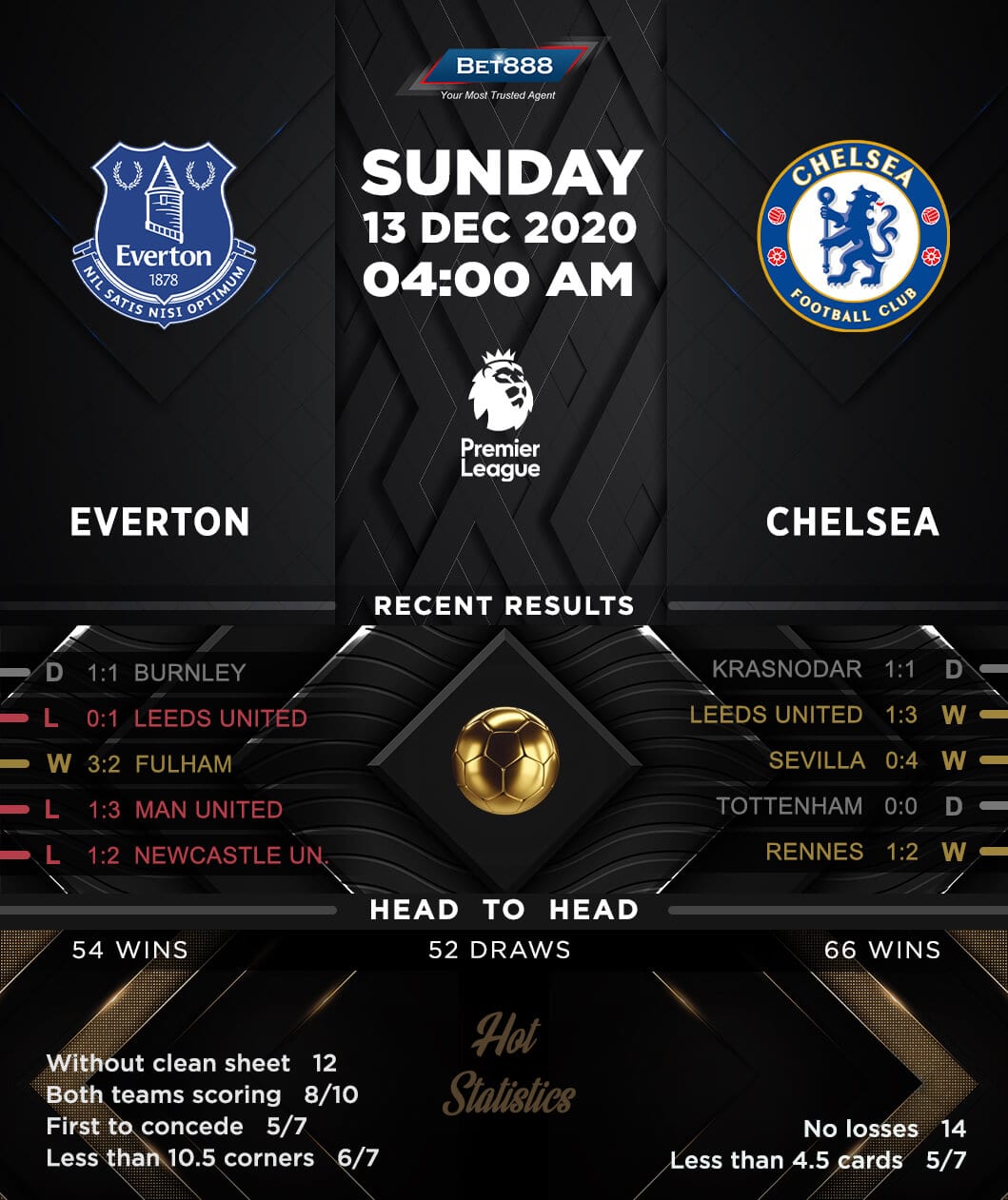