Everton’s pursuit of a top-four finish in the Premier League continues this weekend, as they welcome 18th-placed Fulham to Goodison Park.

A return of just one victory from their last four Premier League outings (D2, L1) saw Everton fall three points behind fourth-placed Liverpool. At home, the ‘Toffees’ have gone from back-to-back league triumphs to three consecutive matches without winning (D1, L2), with three of the games won/lost in that period seeing the victor keep a clean sheet. Remarkably, Everton have won all 14 of their top-flight meetings with Fulham at Goodison this millennium by an aggregate score of 35-7, registering a shutout in three of their last four clashes here. By extension, they have won 22 straight home Premier League matches against Fulham, a run that started in March 1961! But, Carlo Ancelotti’s has to be wary of the fact his men have conceded at least once beyond the 75th minute in five of their ten Premier League games at home this season while scoring only one in return.

Meanwhile, Fulham’s intention of halting the club’s worst-ever winless run in the Premier League of 12 consecutive matches (D8, L4) will be put to the test at the venue where they’ve never managed to win in the top-flight (GP:27 – D4, L23). A lack of firepower up front that has seen the ‘Cottagers’ draw a blank in three of their last four Premier League outings could throw a spanner in the works. It goes from bad to worse for Fulham, given they’ve picked up all three points in just one of their ten league trips this season (D5, L4), with seven of the last nine featuring under 2.5 total goals. Scott Parker’s men could find themselves in another irreparable situation should they fail to prevent Everton from scoring the first goal – Fulham have lost 90.91% of the fixtures in which they conceded the opening goal this Premier League campaign (GP:11 – D1, L10). 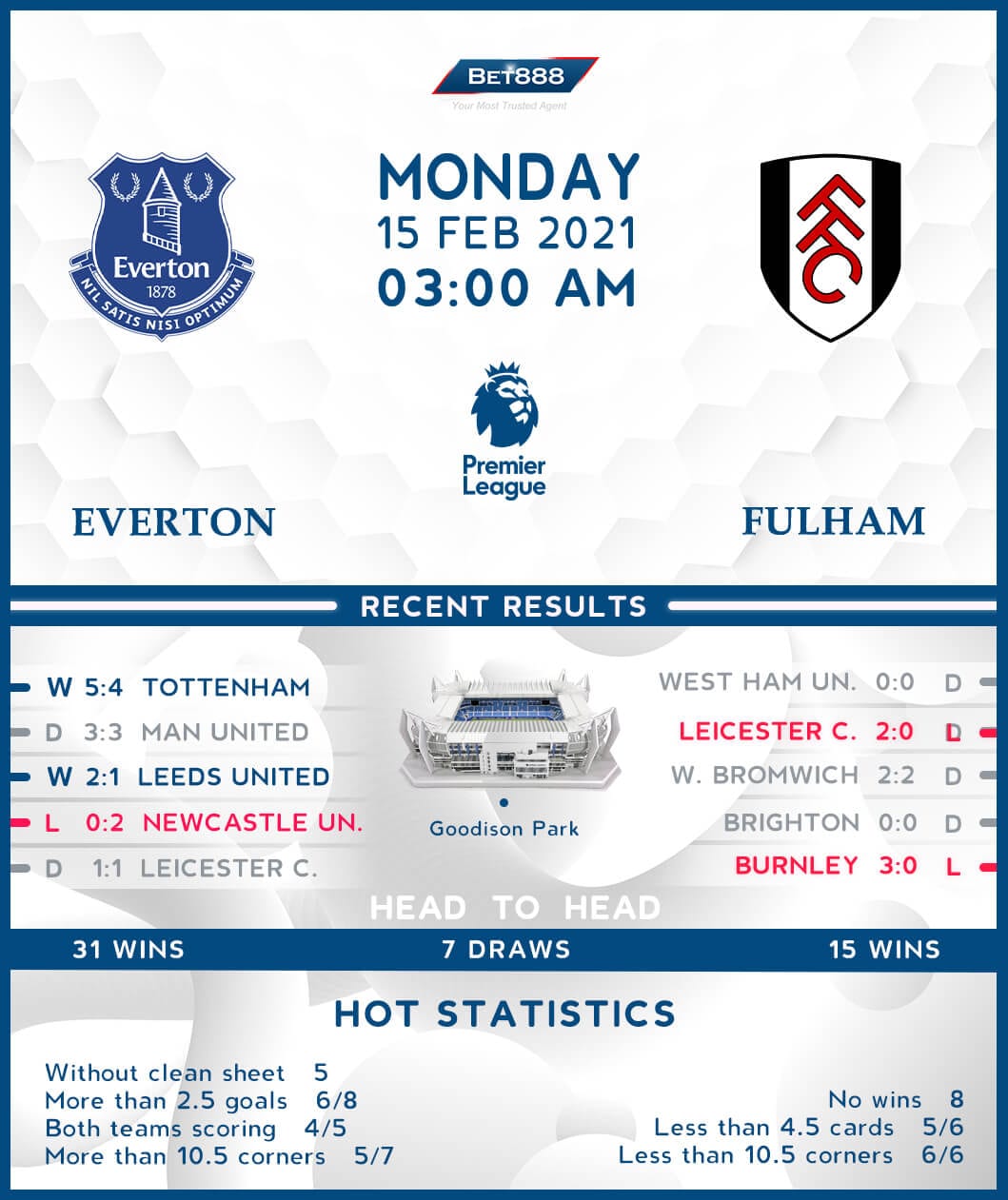