Everton will be looking to extend their unbeaten Premier League run against Leeds United to six matches (W3, D2) when the two teams meet at Goodison Park.

A hard-fought 3-2 away win over newly-promoted Fulham last time out did bring Everton’s three-game losing run in the Premier League to a halt. Despite a patchy form, Carlo Ancelotti’s men have been one of the most exciting teams to watch this term, as seven of their last eight league matches have seen over 2.5 goals and both teams on the scoresheet. Additionally, each of their four Premier League fixtures held at Goodison this season has featured over 3.5 goals, with both sides hitting the net. Interestingly, three of those four games yielded the same 2-1 half-time score (HT: W2, D1, L1), with the winner on the day coming from behind to seal the win twice in that sequence. Although the ‘Toffees’ have avoided defeat in each of their four top-flight H2Hs as hosts this millennium (W2, D2), it’s worth noting that their last such encounter came in 2003.

Meanwhile, 25 shots proved insufficient for Leeds to overcome a 10-men Arsenal side last time out (0-0 draw), as they head into this clash winless in three Premier League fixtures (D1, L2). But, none of Leeds’ four away league matches this season has ended in a draw (W2, L2), three of which produced over 2.5 total goals and saw the victor get on the scoresheet first. The ‘Whites’ will be desperate to improve their lackluster first-half defending that has seen a clear majority (75%) of their total away league goals conceded arrive before the half-time whistle (6/8). It will be a daunting prospect for Leeds to hit the net, at least considering they’ve failed to score in each of their last three Premier League trips to Goodison. 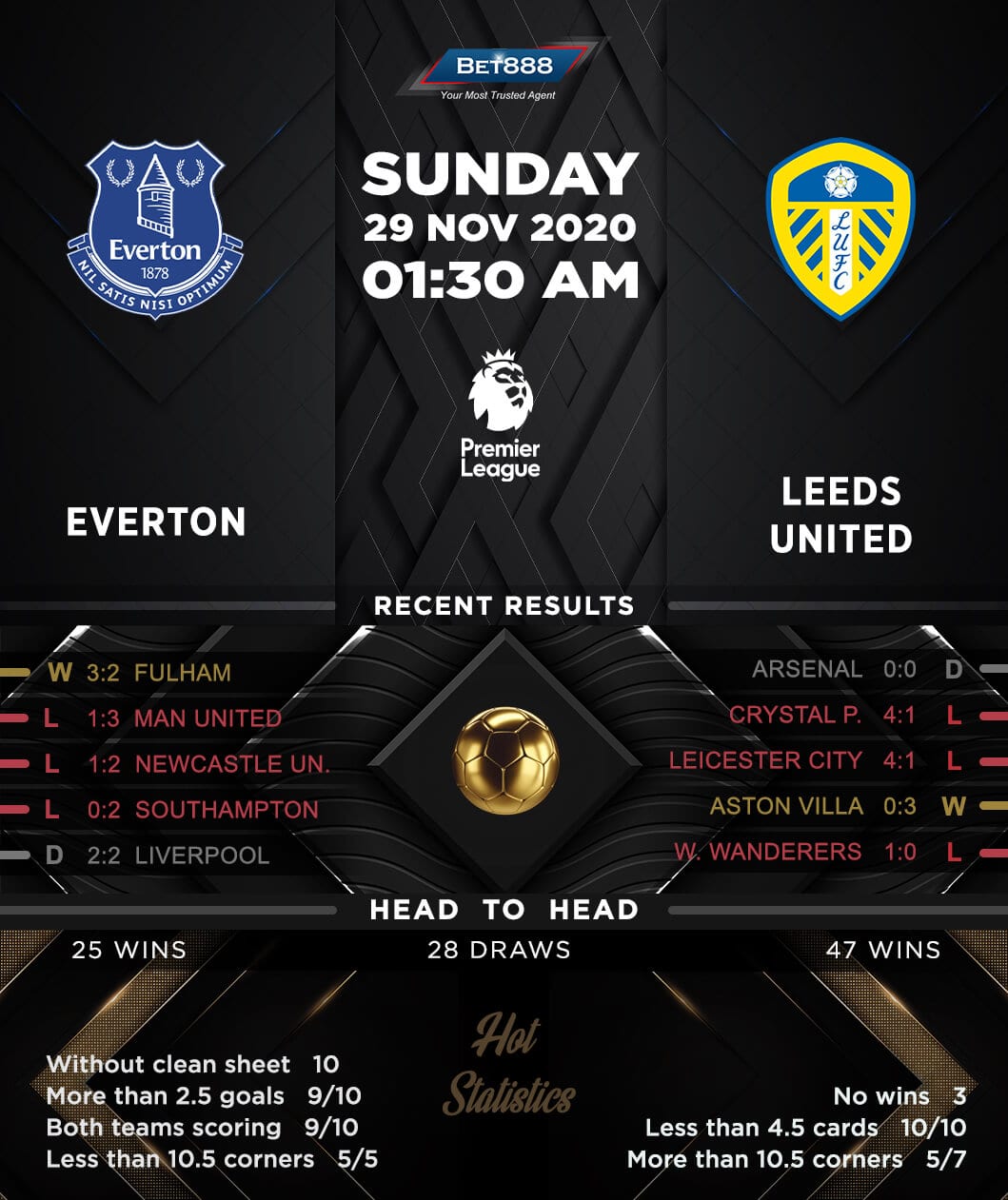