High-flying Manchester City head to Goodison Park to take on out-of-sorts Everton, looking to post their fourth consecutive Premier League victory at this venue. Notably, each of City’s previous three top-flight trips to Goodison have seen them secure a winning margin of exactly two goals.

A dismal 2-0 home defeat to Fulham last time out poured more misery on Everton’s hopes of securing a top-four finish in the Premier League. The ‘Toffees’ have now failed to win four of their last five league fixtures (D2, L2), a sequence that saw them lose ground on fourth-placed Liverpool. Additionally, since beating Arsenal 2-1 on Matchday 14, Carlo Ancelotti’s men have gone winless in four consecutive Premier League home matches (D1, L3), drawing a blank on three occasions in that run. It couldn’t be a worse moment for Everton to be facing a side they’ve only outscored once in their previous 14 top-flight meetings (D4, L9), losing the last five via an aggregate score of 13-4. High scoring could be a theme, though, as three of Everton’s five Premier League games against the current top-four sides this season have seen over 3.5 goals and both teams on the scoresheet.

Meanwhile, Manchester City have hit the ground running in the Premier League and have shown no signs of stopping anytime soon, as they take the field after racking up an intimidating 11-game winning league streak. Furthermore, Pep Guardiola’s men have kept a clean sheet in 12 of their 15 Premier League fixtures (W13, D2) since losing 2-0 away at Tottenham on Matchday 9, while scoring 37 times in that same run of games. Away from home, the ‘Sky Blues’ have won nine competitive matches in a row, with the last eight coming by at least a two-goal margin. Quick out of the blocks, Manchester City have scored the opening goal in a league-high 72.73% of their Premier League trips this season (8/11), remarkably winning 83.33% of the away league games in which they’ve been leading at half-time this top-flight campaign (GP:6 – W5, D1). 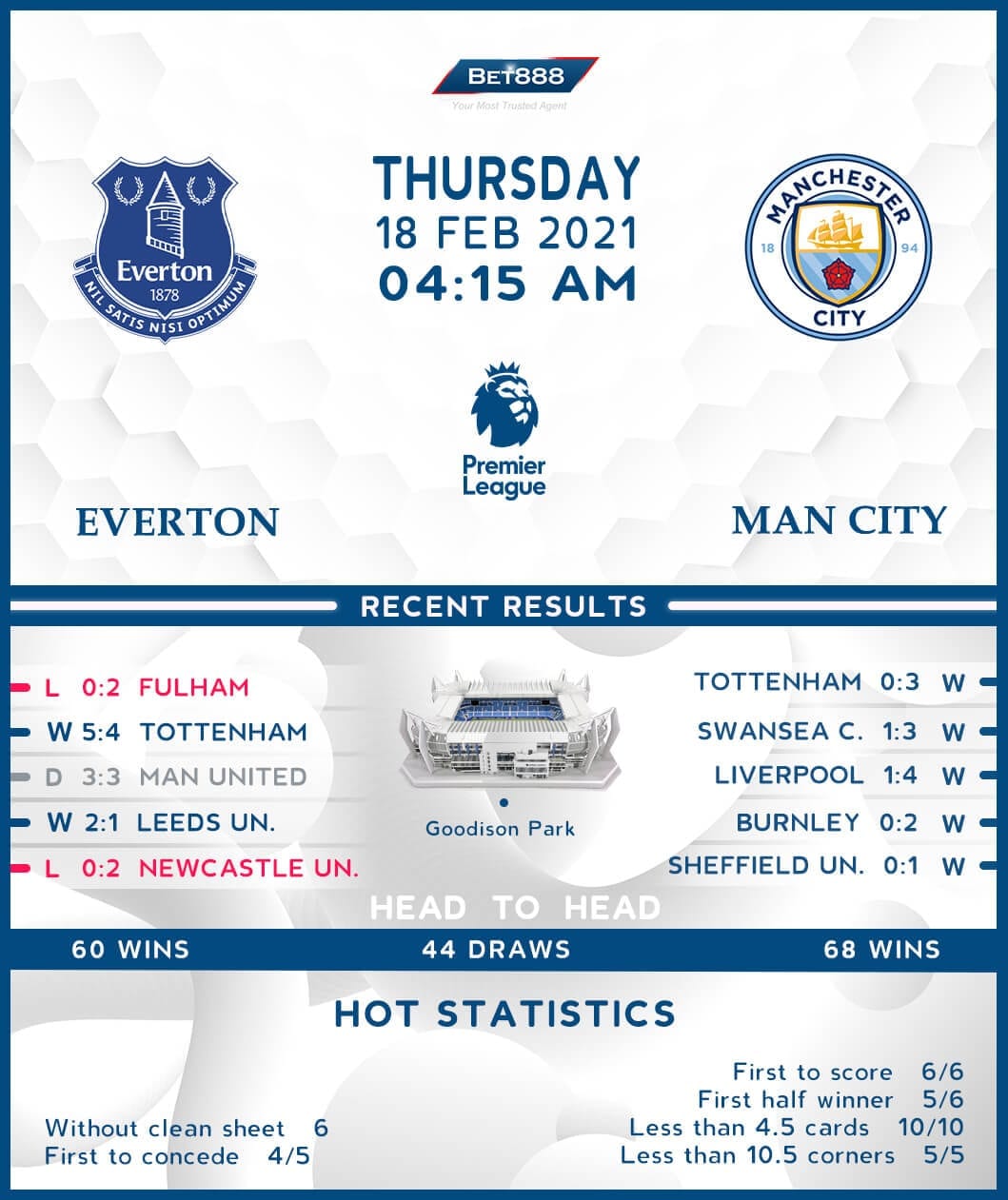