Everton and Manchester City go head-to-head at Goodison Park in a potentially high-scoring Premier League fixture. Notably, four of their last five league meetings have witnessed over 2.5 goals and both sides score.

The ‘Toffees’ continue to mount pressure on table-toppers Liverpool, as they enter this round on the back of four consecutive Premier League victories, three of which were ‘to nil.’ Everton’s recent league matches have been notably tight, though, as six of the last seven have ended separating the sides by under 1.5 goals (W5, D1, L1). Yet, Goodison Park has been a venue of entertainment this season, as five of the seven Premier League fixtures held at this stadium have seen over 2.5 goals and both teams on the scoresheet (W4, D1, L2). Also, all of Everton’s seven home league games this term have seen the opening goal come in the first half despite the hosts failing to hit the net within 15 minutes of play on each occasion.

Meanwhile, a 2-0 home triumph against Newcastle United on Boxing Day did see Manchester City bring their undefeated run in all competitions to ten games (W7, D3), eight of which saw one or both sides fail to get on the scoresheet. Indeed, the ‘clean-sheet’ theme has been a relevant factor for City this season, given that seven (77.78%) of their nine Premier League matches won/lost have seen the victor register a shutout. Despite suffering just a single loss across their seven league trips this term (W3, D3), Pep Guardiola’s men have encountered massive problems in the attacking third, netting under 1.5 goals in each of their last six away Premier League fixtures. However, the ‘Sky Blues’ have won their three previous top-flight trips to Goodison, scoring 2+ goals in each success. 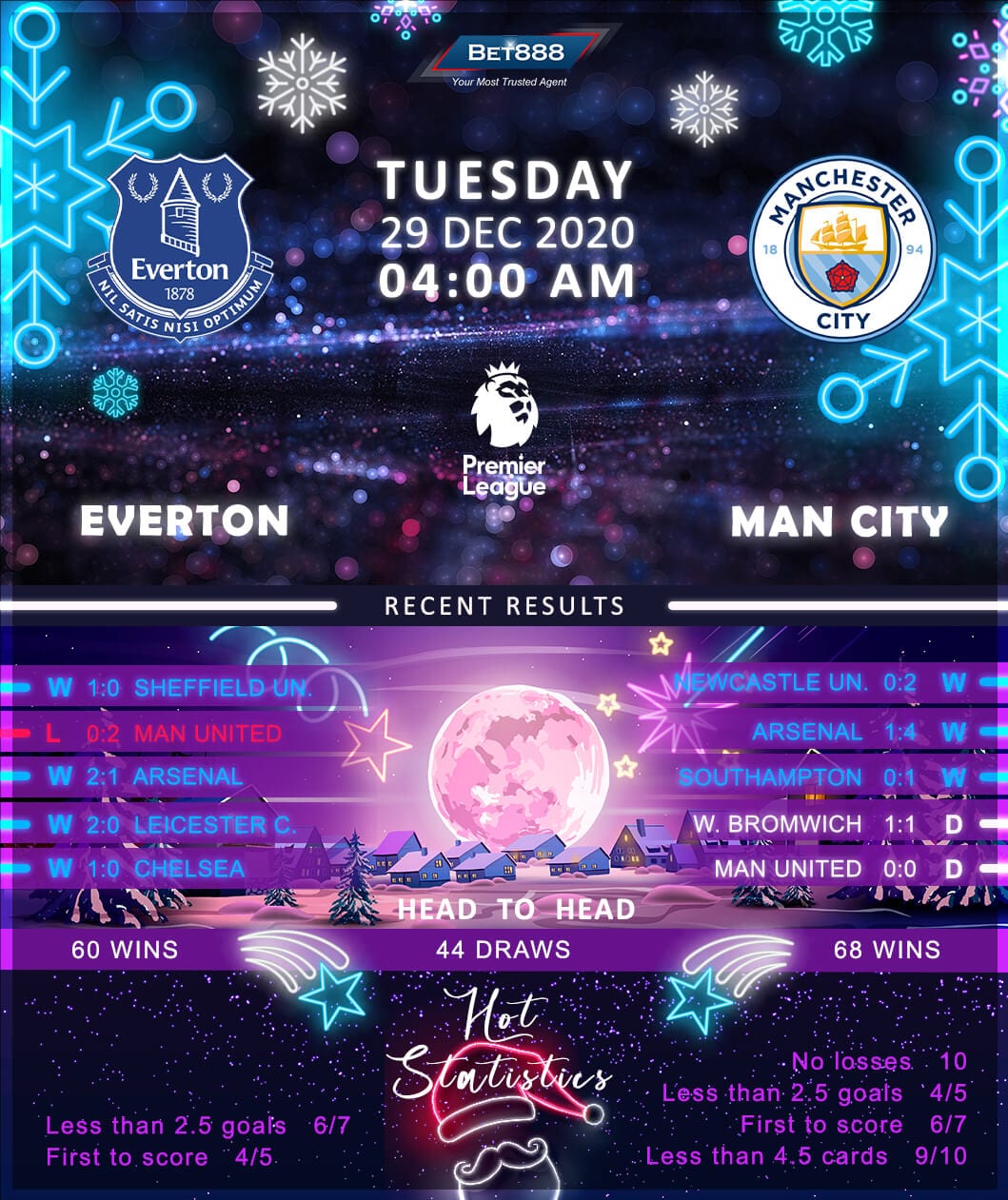