Everton’s pursuit of a top-seven finish in the Premier League continues this weekend as they welcome dead-last Sheffield United to Goodison Park.

The ‘Toffees’ have lost just once in their last seven Premier League outings (W2, D4), having lost twice in a row before this run. Carlo Ancelotti’s men have kept a clean sheet in four of their last six Premier League matches, as many as they had in their previous 16 in the competition. Since beating Southampton 1-0 at Goodison Park in early March, Everton have gone winless in their last four home league games (D2, L2), conceding first on three occasions. The hosts have lost eight Premier League fixtures at home this term and face the risk of equalling the negative club record from 1993/94. Encouragingly, though, Everton have racked up back-to-back Premier League wins against Sheffield United, as many victories as they had in their previous 12 league matches against them (W2, D4, L6).

Meanwhile, Sheffield United haven’t drawn any of their last 20 Premier League fixtures (W4, L16) since a 1-1 away stalemate to Brighton in mid-December. Ahead of the kick-off, the ‘Blades’ have suffered back-to-back league defeats by an aggregate score of 6-0, conceding precisely once beyond the 75th minute on each occasion. Away from home, Paul Heckingbottom’s men have lost each of their last seven Premier League matches, frustratingly failing to score in six of them. The visitors face the risk of completing the 2020/21 season as they only side not to score at least ten goals away from home, having netted just seven times in 17 Premier League trips so far. Sheffield have succumbed to 28 Premier League defeats this season. Another reverse here would see them equal the record number of losses by a club in a Premier League season. 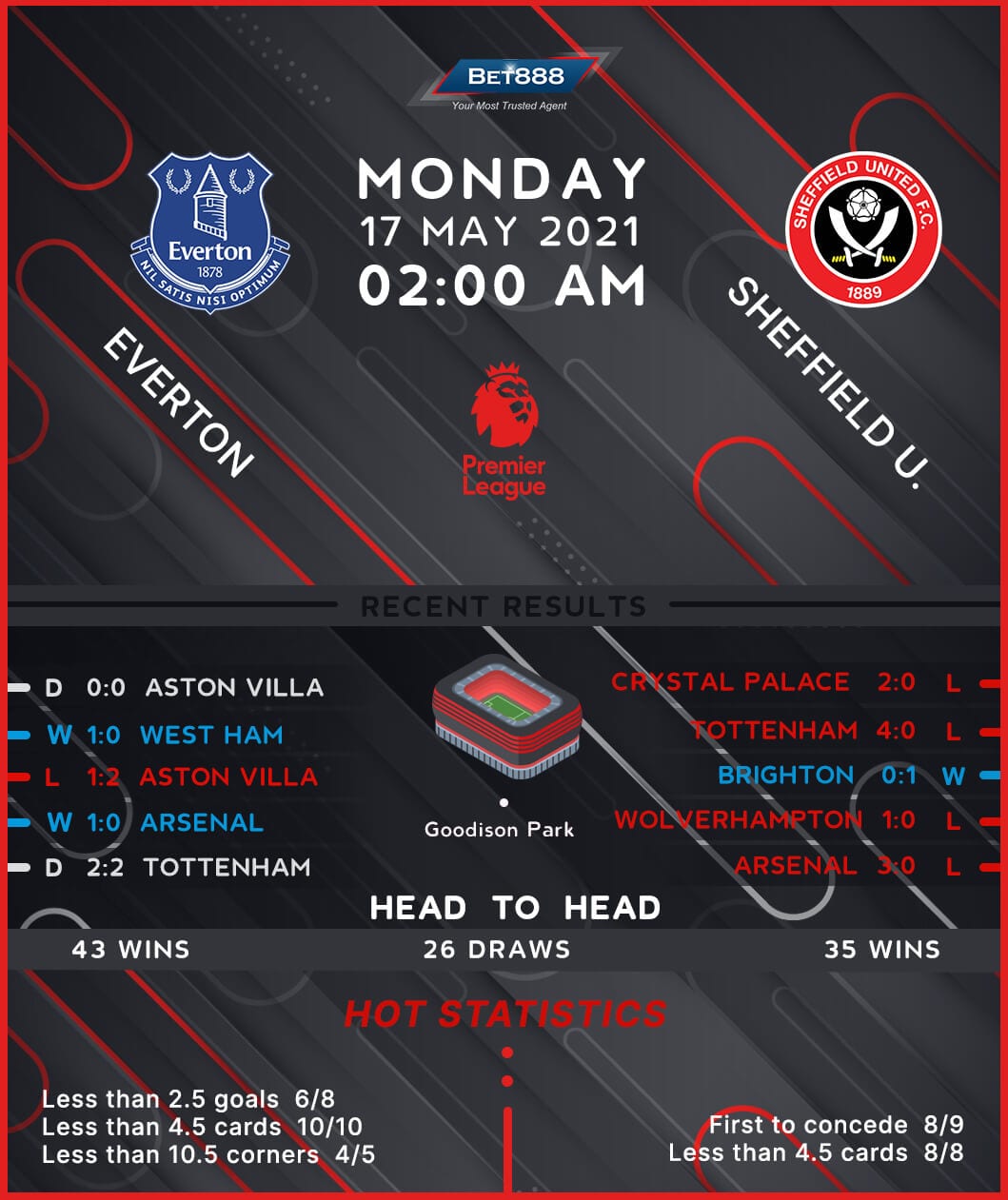