Everton (8th) and Tottenham (7th) Hotspur go head-to-head at Goodison Park in a mid-table Premier League clash, with one point separating the teams ahead of the kick-off.

Held to a scoreless away draw at Brighton last time out, Everton go into this showdown winless in four Premier League fixtures (D2, L2), drawing a blank twice in that period. The Merseyside outfit last went five consecutive league games without winning under Marco Silva in December 2018. Moreover, the ‘Toffees’ have picked up only one win in eight home Premier League matches since the turn of 2021 (D2, L5), netting under 1.5 goals on each occasion in the process. It will be a daunting prospect for Everton to return to winning ways here, as they meet a team they have failed to beat in any of their last seven top-flight H2Hs as hosts (D4, L3). Except for a 5-2 thumping of newly-promoted WBA on Matchday 2, the hosts have failed to win any of their remaining seven home Premier League fixtures after conceding first this season (D1, L6).

Coming into this matchday, Tottenham wasted a half-time lead against Manchester United to suffer a 3-1 home defeat as they now trail fourth-placed West Ham by six points. Only Brighton (20) have dropped more points from winning positions than Tottenham (18) this term, with the Londoners squandering the lead in three of their last four league outings. Indeed, the ‘Spurs’ have not won three of their last four Premier League games (D1, L2), conceding over 1.5 goals in each such fixture. On the road, Jose Mourinho’s men have claimed just three wins in eight Premier League trips since the calendar flipped to 2021 (D1, L4), two of which came against the relegation-threatened sides. A 1-0 defeat in the reverse fixture means Tottenham could lose both league encounters with Everton in a single campaign for the first time since the 1985/86 season. 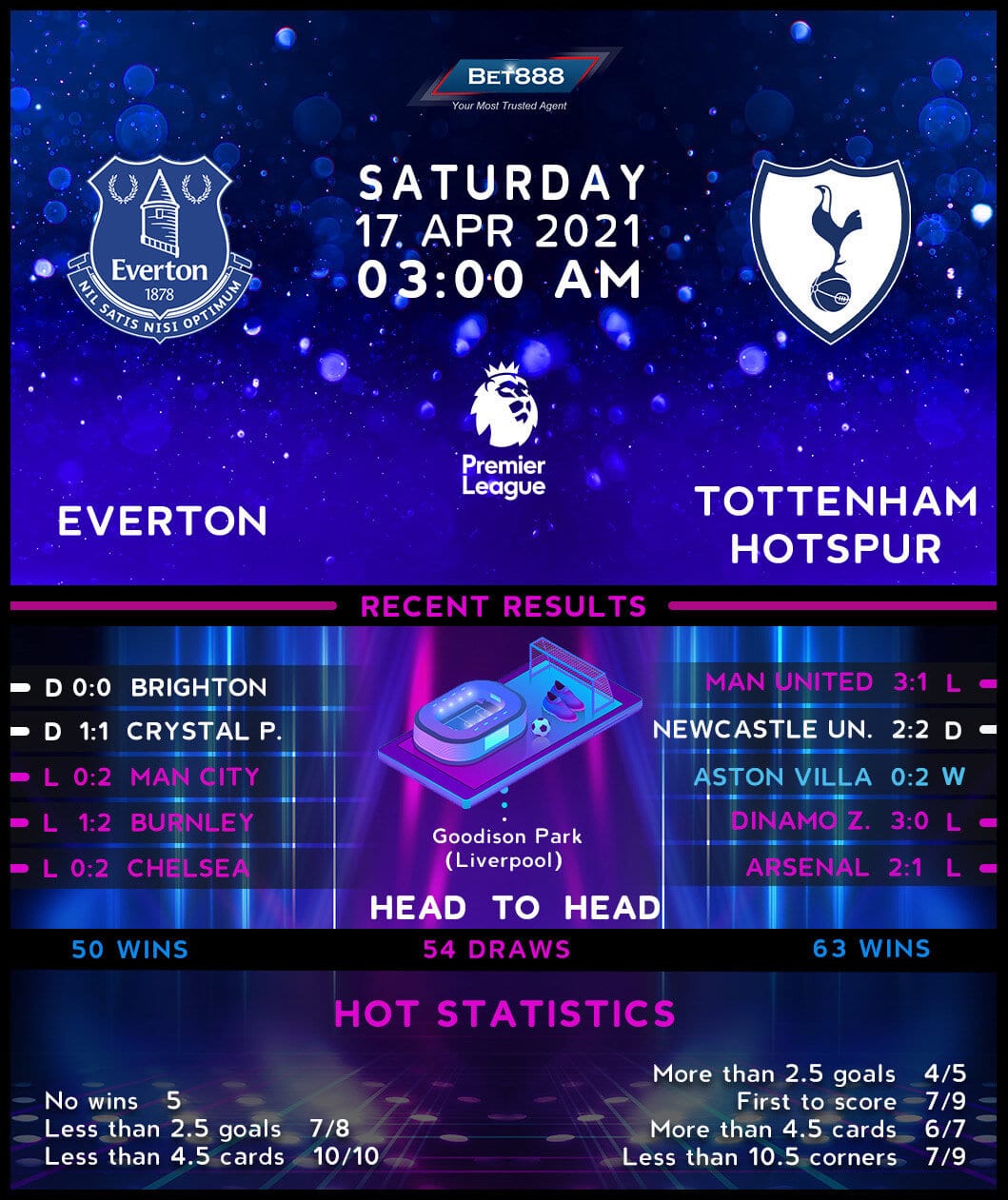