Everton will be looking to extend their undefeated Premier League run against West Ham United to four matches (W2, D1) when the two teams meet at Goodison Park.

Four consecutive Premier League victories have seen the ‘Toffees’ climb within three points of league-leaders Liverpool, though they did see their last league fixture against Manchester City postponed due to coronavirus fears. Everton’s recent league games have been notably tight, as six of the last seven have ended separating the sides by under 1.5 goals (W5, D1, L1). Yet, Goodison Park has been a venue of entertainment this season, as five of the seven Premier League matches held at this stadium have seen over 2.5 goals and both teams on the scoresheet (W4, D1, L2). Also, all of Everton’s seven home league games this term have seen the opening goal come in the first half despite the hosts failing to hit the net within 15 minutes of play on each occasion.

Meanwhile, West Ham played out a goalless away draw with Southampton last time out, which means they head into this clash on the back of four consecutive Premier League games without a win (D3, L1). Away from home, the ‘Hammers’ have drawn a blank in both of their previous league matches after scoring in each of their opening six Premier League trips. Additionally, they have failed to find the net in three of their last four away league meetings with Everton, losing each such encounter by at least a two-goal margin (W1). Late action is well on the cards, though, considering that six of West Ham’s eight away Premier League matches this season have featured a goal inside the last 15 minutes of play. 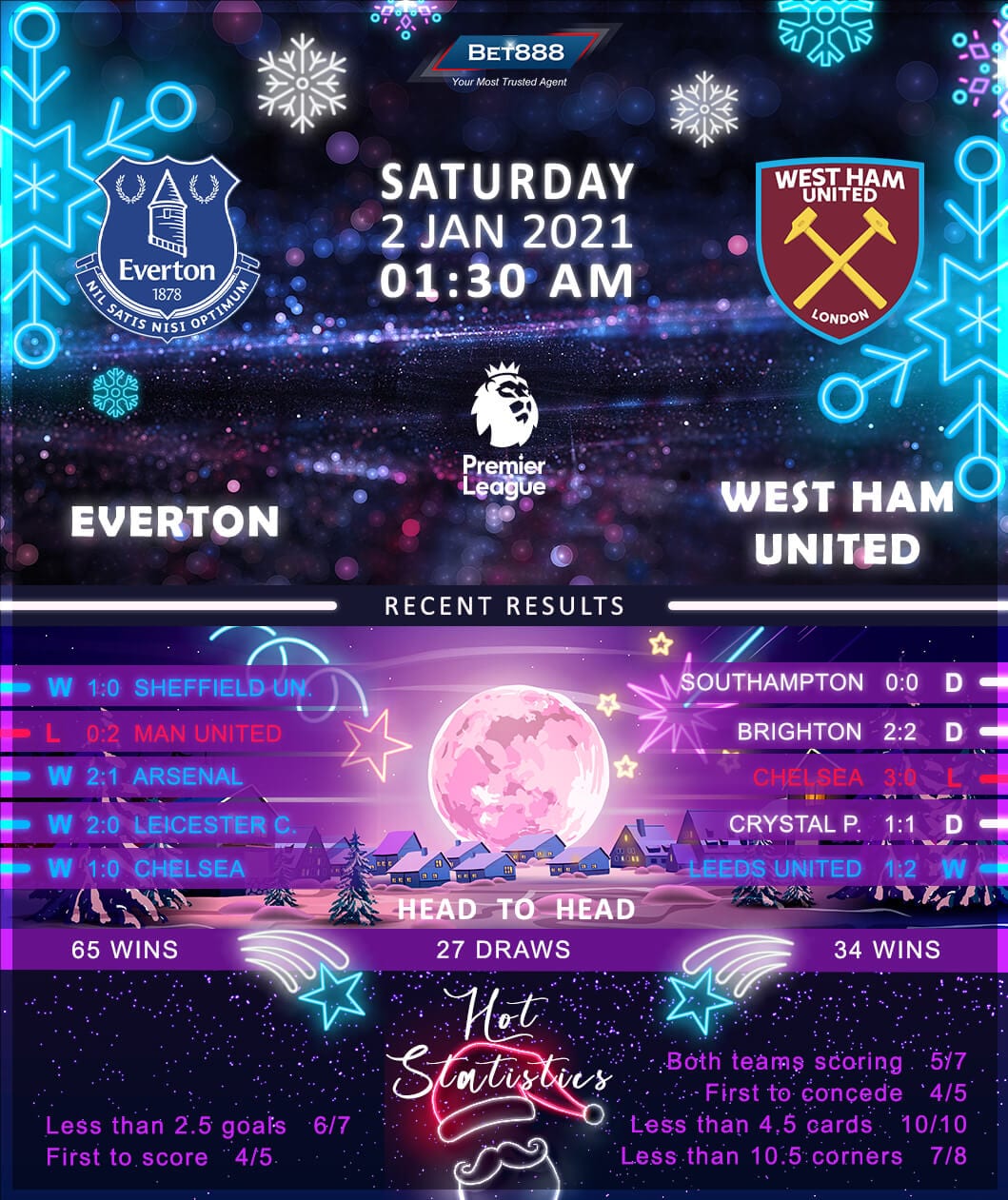