Everton and Wolverhampton Wanderers are set to lock horns at Goodison Park in the penultimate round of the 2020/21 Premier League season.

Everton had won the final home league match of the season in seven consecutive campaigns before succumbing to a 3-1 defeat to Bournemouth back in 2019/20. The Toffees have been nothing short of outstanding in their midweek Premier League matches this season, having lost just one of their 12 such engagements thus far (W6, D5). However, a lack of ruthlessness in front of goal has seen Carlo Ancelotti’s side score under 1.5 goals in 11 of their last 12 Premier League outings, drawing a blank in back-to-back league games ahead of this showdown. Following their 2-1 victory at Molineux in the reverse fixture back in mid-January, Everton could claim their first league double over Wolverhampton since the 1975/76 season. The hosts haven’t lost eight of their last nine home league clashes against this opposition (W5, D3, L1).

On the other hand, Wolves will finish in the bottom half of the table regardless of what happens in their final two games of the season as they take the field having won just one of their last four Premier League matches (D1, L2). Low scoring has been a common theme in Wolverhampton’s away Premier League games in 2021 as seven of their ten away league affairs since the turn of the year have featured under 2.5 total goals. Furthermore, Nuno Espirito Santo’s men have failed to get on the scoresheet in four of their last nine Premier League road trips, netting precisely once in four of the other five. Since beating Liverpool 2-1 in December 2010, the ‘Wanderers’ have gone winless in their subsequent 11 midweek Premier League contests (D4, L7). 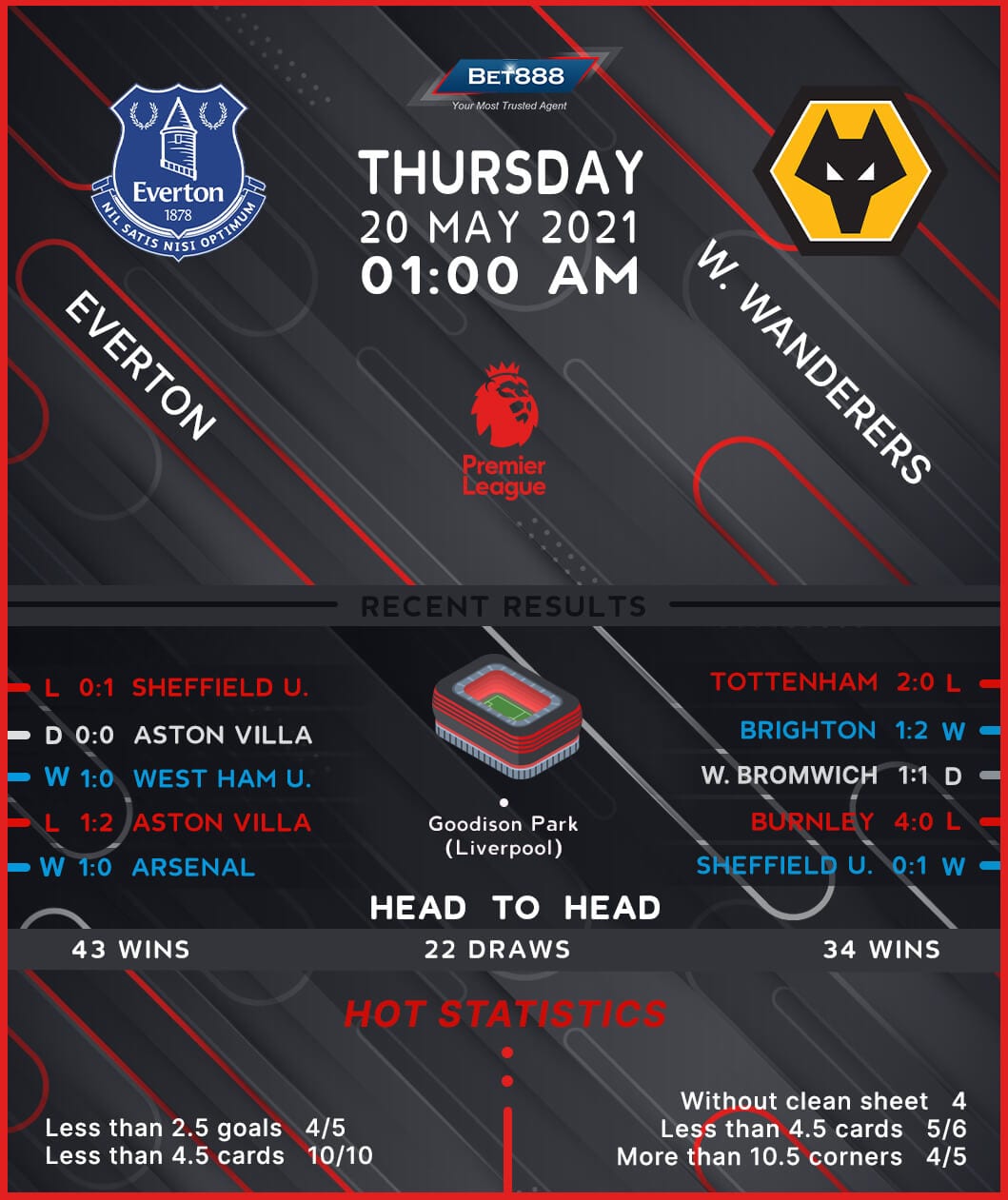