Goodison Park is the venue, as Everton and Leicester City go head-to-head in a massive Premier League showdown.
None of Everton’s last six Premier League games have ended in a draw (W5, L1), with five of the matches won/lost in that period producing a narrow one-goal margin! Also, Goodison Park has witnessed some tight league contests lately, as five of the previous six Premier League fixtures here have seen the sides separated at full-time by under 1.5 goals (W2, D1, L3). Yet, the ‘Toffees’ have won both of their previous top-flight meetings with Leicester and will be looking to secure three triumphs in a row for the first time since 1980. A rock-solid backline could help Everton achieve that goal, considering they have conceded just 0.6 goals per match on average across their last five Premier League outings. At the other end of the pitch, Carlo Ancelotti’s men have netted under 1.5 goals in four of their previous five home league fixtures!

As for Leicester, they’ve enjoyed a stellar calendar year so far, winning all of their five competitive matches since the calendar flipped by scoring at least twice in each. In the Premier League alone, the ‘Foxes’ have gone unbeaten in six consecutive fixtures (W4, D2) since succumbing to a 2-0 home loss precisely to Everton on Matchday 13. Curiously, Brendan Rodgers’ men have scored exactly two goals per game in five of their last six league outings, mustering seven of their 11 goals netted in that sequence before the 60-minute mark. Remarkably, the visitors have racked up seven victories in their nine Premier League trips this season (D1, L1), securing at least a two-goal margin in four! Leicester have registered a clear majority (75%) of their total league goals scored on the road this term in the second half (15/20), finding the net inside the final 15 minutes of play in two-thirds of their Premier League trips so far. 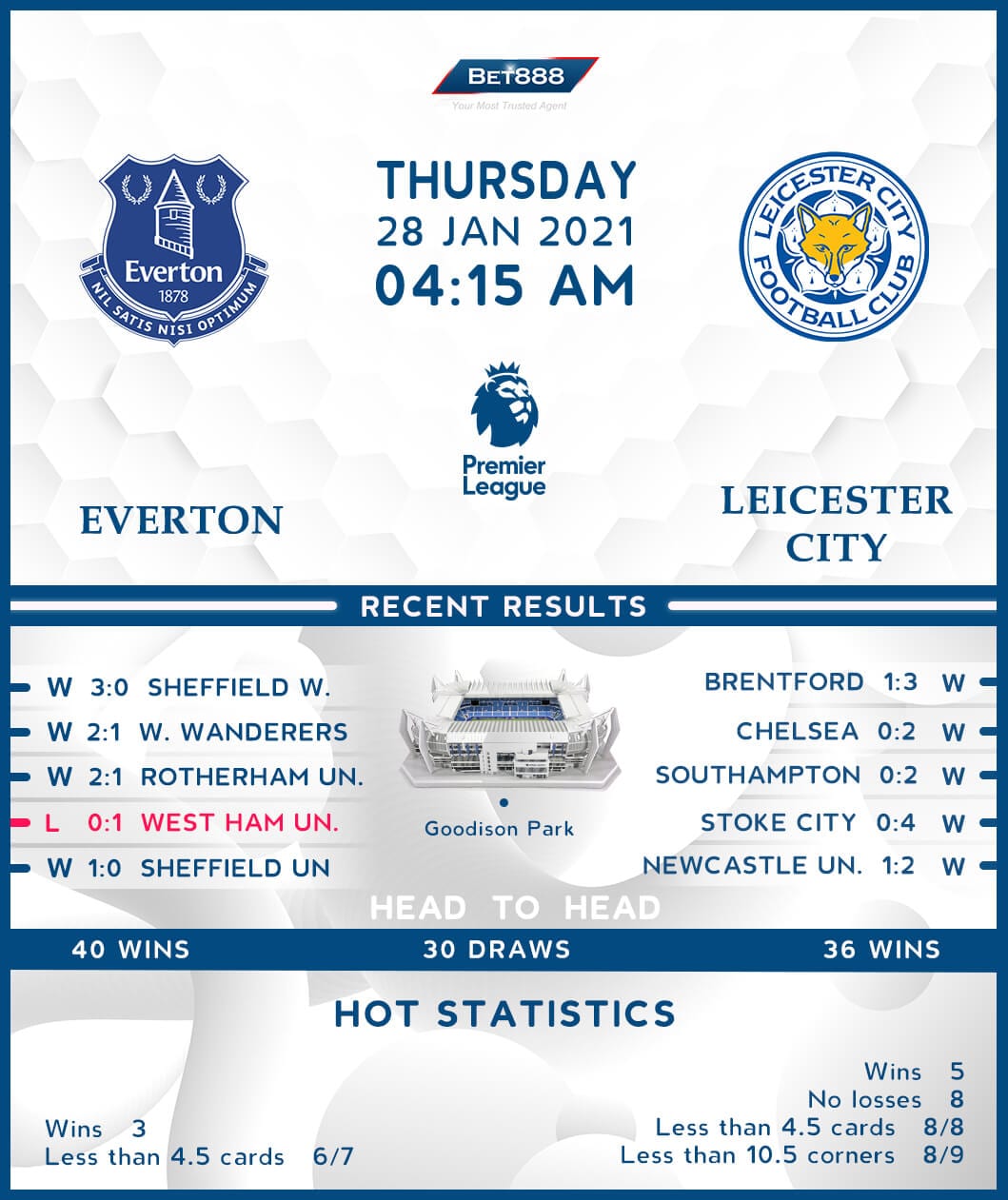