Barcelona head to the Puskás Aréna to take on Ferencvaros, looking to maintain a 100% start to their UEFA Champions League campaign.

Although a 5-1 hammering to Barcelona in the reverse fixture inflicted a fourth defeat on Ferencvaros in their last six European games versus La Liga opponents (D2), the hosts have never lost to such rivals at home in any major European competition (W5, D2). Unsurprisingly, the Hungarians have lost three of their opening four matches in the Champions League group stage this term (D1), bringing their winless run in the competition to nine (D3, L6). Also, Ferencvaros’ leaky backline has conceded a tournament second-high 13 goals this season, letting in over 1.5 goals in all four Champions League outings so far. But, Serhiy Rebrov’s side must be confident of scoring at least once here after finding the back of the net in nine of their ten Champions League games.

As for the visitors, they have already qualified for the Champions League knock-out stage after winning all four of their group stage matches. The Catalan heavyweights have scored a total of 13 goals in four group stage games so far, bagging at least two in each. Curiously, Ronald Koeman’s men have found the net beyond the 88-minute mark in three of those four fixtures. Barcelona will be looking to win each of their opening five matches in the Champions League group stage for the first time since the 2002-03 campaign, encouraged by the fact that they have won their last five European clashes against Hungarian opponents. But, the Camp Nou side have accrued a win, draw, and loss in their three previous away games in all competitions, failing to score in the first half on each occasion. 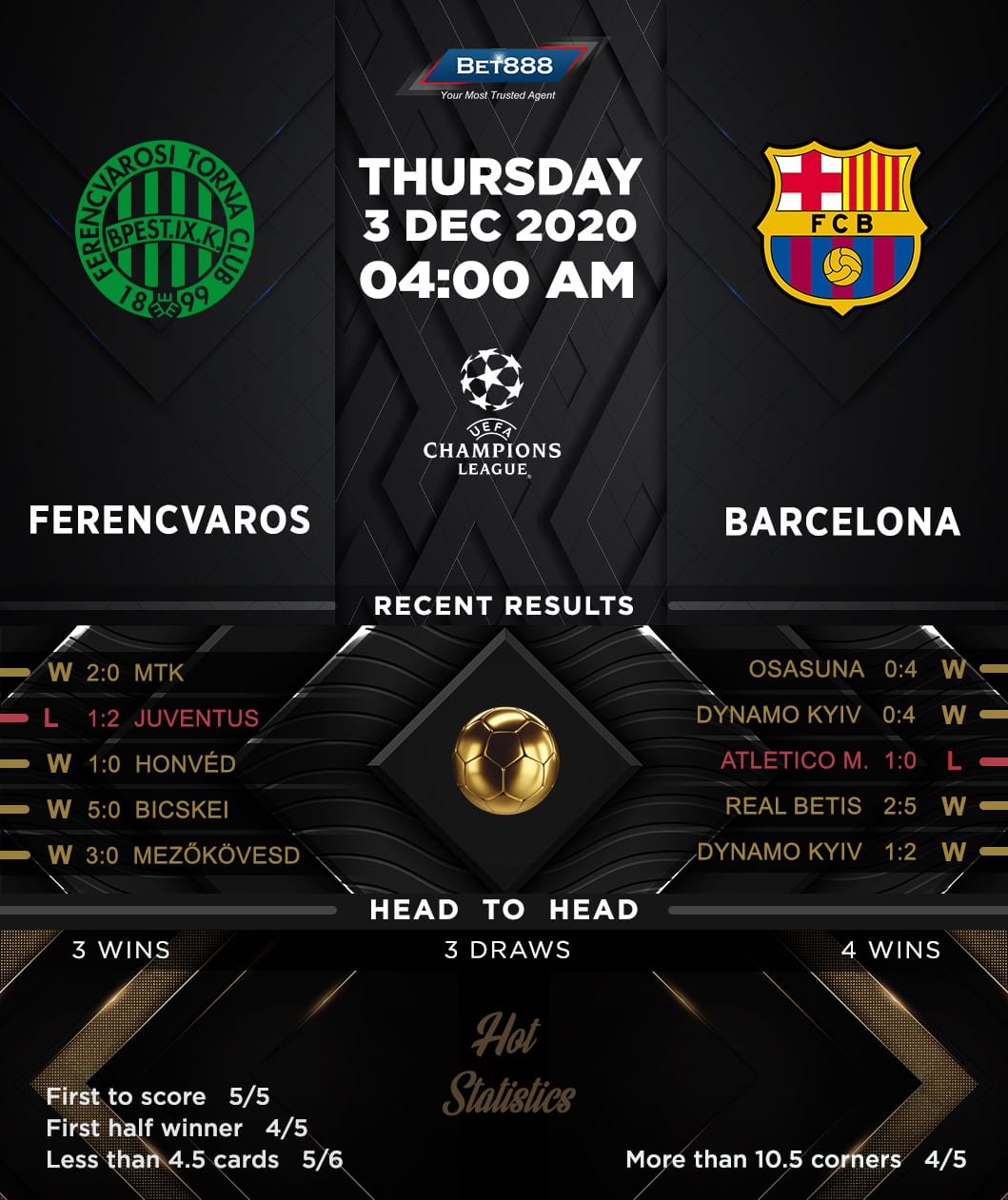