Saint-Petersburg Stadium is the venue as Finland look to perform a miracle against odds-on favorites Belgium and progress to the knock-out stages of Euro 2020.

Following a somewhat shocking 1-0 win over Denmark in their Group B curtain-raiser, Finland succumbed to an identical loss to Russia on Matchday 2. However, they remain in contention for a top-two finish as they take on a Belgium side they haven’t lost to in any of their last seven international H2Hs (W4, D3). Finland could become the second team in the European Championships history to produce three consecutive 1-0 scorelines here, something only Greece achieved during their triumphant 2004 campaign. It will be a daunting prospect for the ‘Huuhkajat’ to go toe-to-toe with the world’s best-ranked team, considering they have only attempted two shots on target across their two Euro 2020 matches so far. Moreover, Markku Kanerva’s men have mustered up just one win in their previous eight international outings (D2, L7), drawing a blank in three of the last four.

On the other hand, Belgium outclassed Russia 3-0 on Matchday 1 before staging a sensational second-half comeback to beat Denmark 2-1 and secure a place in the knock-outs with a game to spare. Looking to claim all three group stage triumphs at the European Championships for the first time, the Belgians have won their ‘Matchday 3’ fixture in each of their last four appearances at major tournaments. Taking any hope away from Finland, ‘De Rode Duivels’ haven’t lost a match to any team currently outside FIFA’s top 20 since succumbing to Japan in 2013. Additionally, Roberto Martinez’s men have suffered just one defeat in their last 25 international matches (W21, D3), with 80.95% of their wins during that spread of fixtures yielding a winning margin of 2+ goals. 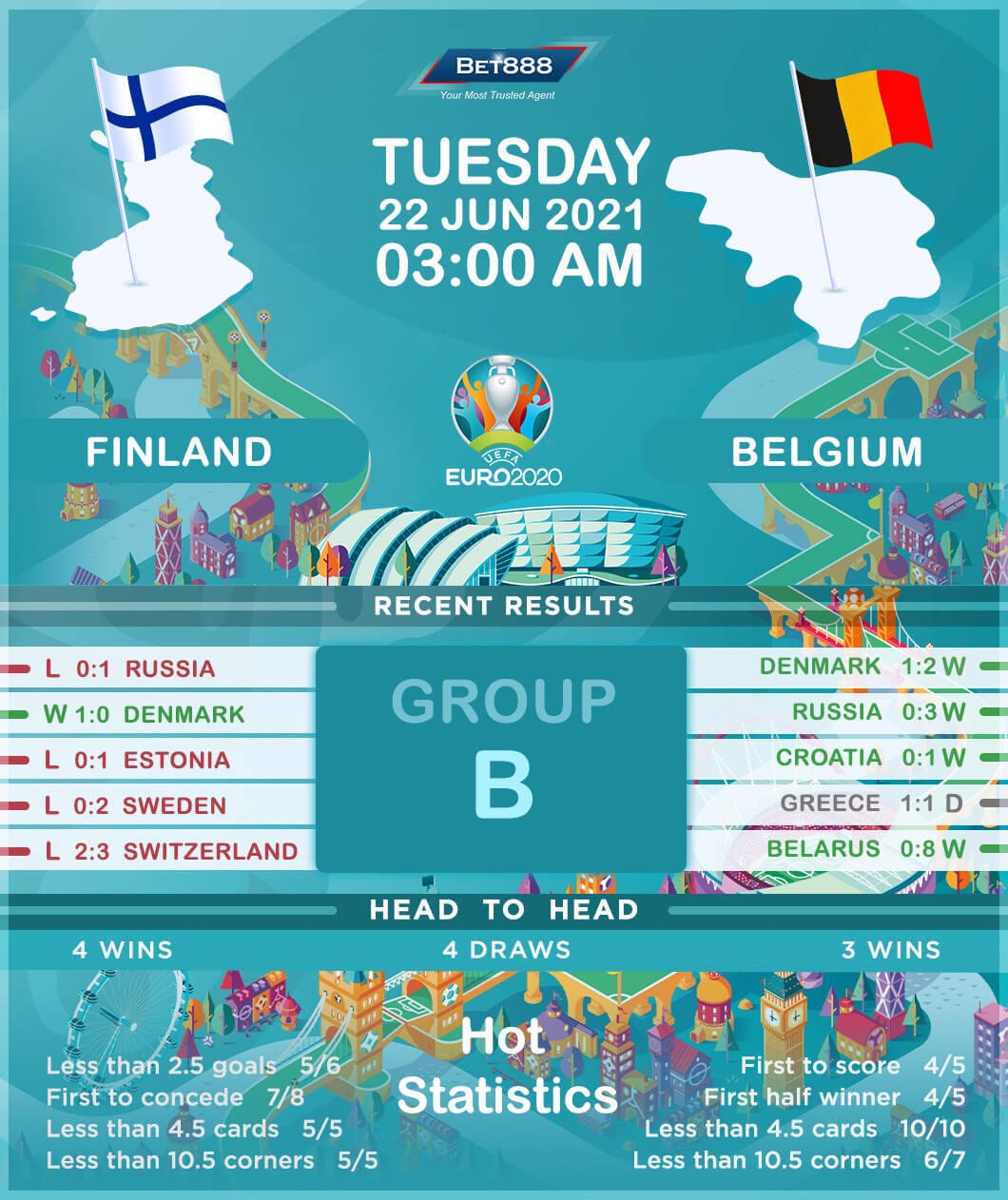