Krestovsky Stadium is the venue as Finland and Russia go head-to-head in their second Group B fixture at Euro 2020.

Finland head into proceedings having outscored Denmark 1-0 in their Group B curtain-raiser in disturbing circumstances after Christian Eriksen’s on-field collapse. The ‘Huuhkajat’ are now looking to become the first debutant since Croatia in 1996 to win their opening two matches at the European Championship tournaments. Joel Pohjanpalo scored the winner in Copenhagen from Finland’s solitary attempt on goal as they became the first team to win a match at Euros by producing just a single shot. However, Finland will need another miracle if they are to reach the knock-outs, considering they have lost each of their four international meetings with Russia by an aggregate scoreline of 15-1. Alarmingly, Finland conceded 3+ goals each time across that four-game sequence, last scoring against this opposition in 1995.

On the other hand, Russia’s Group B opener saw them go down 3-0 to Belgium in a game that witnessed them attempt just a single shot on target. As a result, the Russians are now winless in their previous six fixtures at the European Championships (D2, L4), losing the last three on the spin. The ‘Sbornaya’ have never lost four successive matches at the final tournament, including their Euro appearances as the Soviet Union. Stanislav Cherchesov’s men have failed to impress in the attacking third lately, netting under 1.5 goals in each of their last four international outings, friendlies included. Since exiting the 2018 World Cup, the Russians have lost just twice in their 12 internationals on home soil (W7, D3), each time to Belgium. 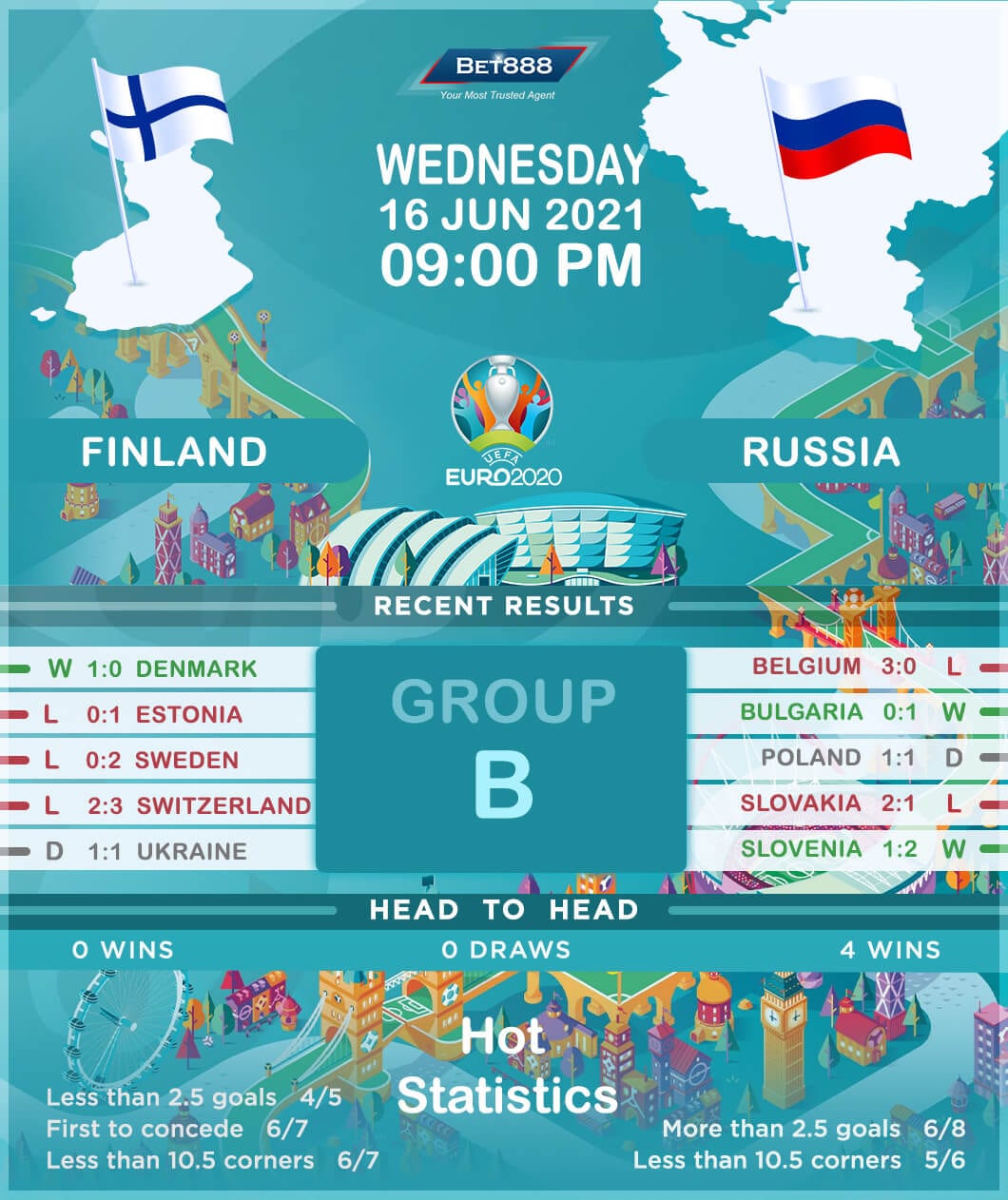