Internazionale travel to the Stadio Artemio Franchi to take on Fiorentina, looking to post their first Serie A victory at this venue since February 2014.

A lack of consistency has witnessed Fiorentina return two wins, two draws, and a pair of losses from their last six Serie A matches, scoring under 1.5 goals in five of them. Yet, Cesare Prandelli’s men have improved their home performances lately, going from four consecutive Serie A home draws to back-to-back wins, both of which came by a narrow one-goal margin. Indeed, all six of Fiorentina’s top-flight wins/losses at home this season have seen the sides separated at full-time by a single goal (W4, L2). Notably, though, ‘La Viola’ have not lost any of their last six Serie A meetings with Inter in Florence (W3, D3), with five of those clashes seeing both teams on the scoresheet. To keep that run going, the hosts must avoid conceding the opening goal, disappointingly losing seven of their ten league games in which they shipped the opener this season (D3, L7).

Meanwhile, despite suffering a Coppa Italia upset in the midweek (2-1 elimination to Juventus), Inter head into this fixture unbeaten in four Serie A games in a row (W2, D2). Ahead of the kick-off, Antonio Conte’s men have been ruthless against the sides currently in the bottom half of the table, winning eight of their ten such matches (D2) and returning a goal difference of +21 (GF:35, GA:14). Another bright spot has been their ability to fight their way back into the game after falling behind – Inter have won 50% of their Serie A fixtures in which they conceded the first goal this season (GP:8 – W4, D2, L2). But, a dip in form has seen ‘I Nerazzurri’ go from three successive away league wins to three Serie A trips without winning in a row (D2, L1). Curiously, four of their last five top-flight matches on the road have seen over 2.5 goals and both teams scoring. 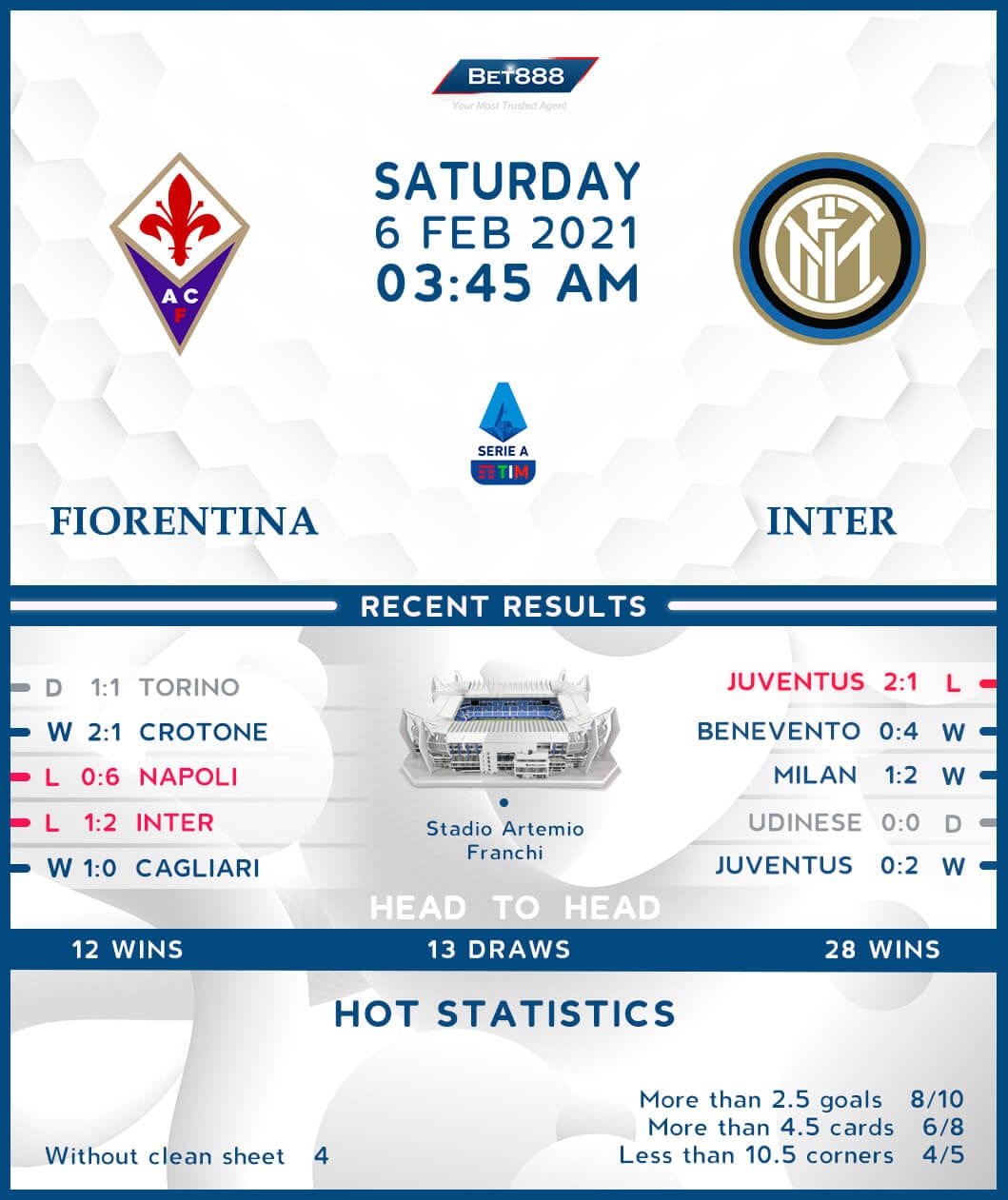