Coming off the back of the UEFA Europa League elimination, AC Milan will be looking to return to winning ways in Serie A when they take on Fiorentina at the Stadio Artemio Franchi.

A 4-1 thumping of Benevento last time out gave Fiorentina only a second Serie A win in eight matches (D2, L4). ‘La Viola’ have now scored 3+ goals in three of their last five league games, having netted over 1.5 goals just six times in their previous 22 in the competition. Indeed, Fiorentina’s tally of 33 goals scored is among the lowest this Serie A campaign. Cesare Prandelli’s men are winless in their previous four home league clashes against Milan (D3, L1), last beating the Lombardian giants at home in August 2015. The Italian tactician himself has lost seven consecutive managerial fixtures against ‘I Rossoneri,’ seeing his team draw a blank six times in the process. Curiously, the aforementioned victory at Benevento gives Fiorentina a chance to post back-to-back Serie A wins for the first time this season!

Meanwhile, a 1-0 home defeat to Napoli last time out curtailed Milan’s three-match unbeaten run in Serie A (W2, D1), with ‘I Rossoneri’ now failing to score in four of their previous nine league outings. The visitors’ dip in form since the calendar flipped to 2021 has seen them lose five of 12 Serie A fixtures (W7, D1), three more than they had in competition in the entire 2020 (W23, D10, L2). However, Stefano Pioli’s men still boast the division-best win-ratio of 84.62% when it comes to their away league games (GP:13 – W11, D1, L1), having scored 2+ goals in each such success. Delivering action from the onset, the visitors have found the opening goal in a league-high 11 away fixtures this season, ending up on the winning side on each occasion. 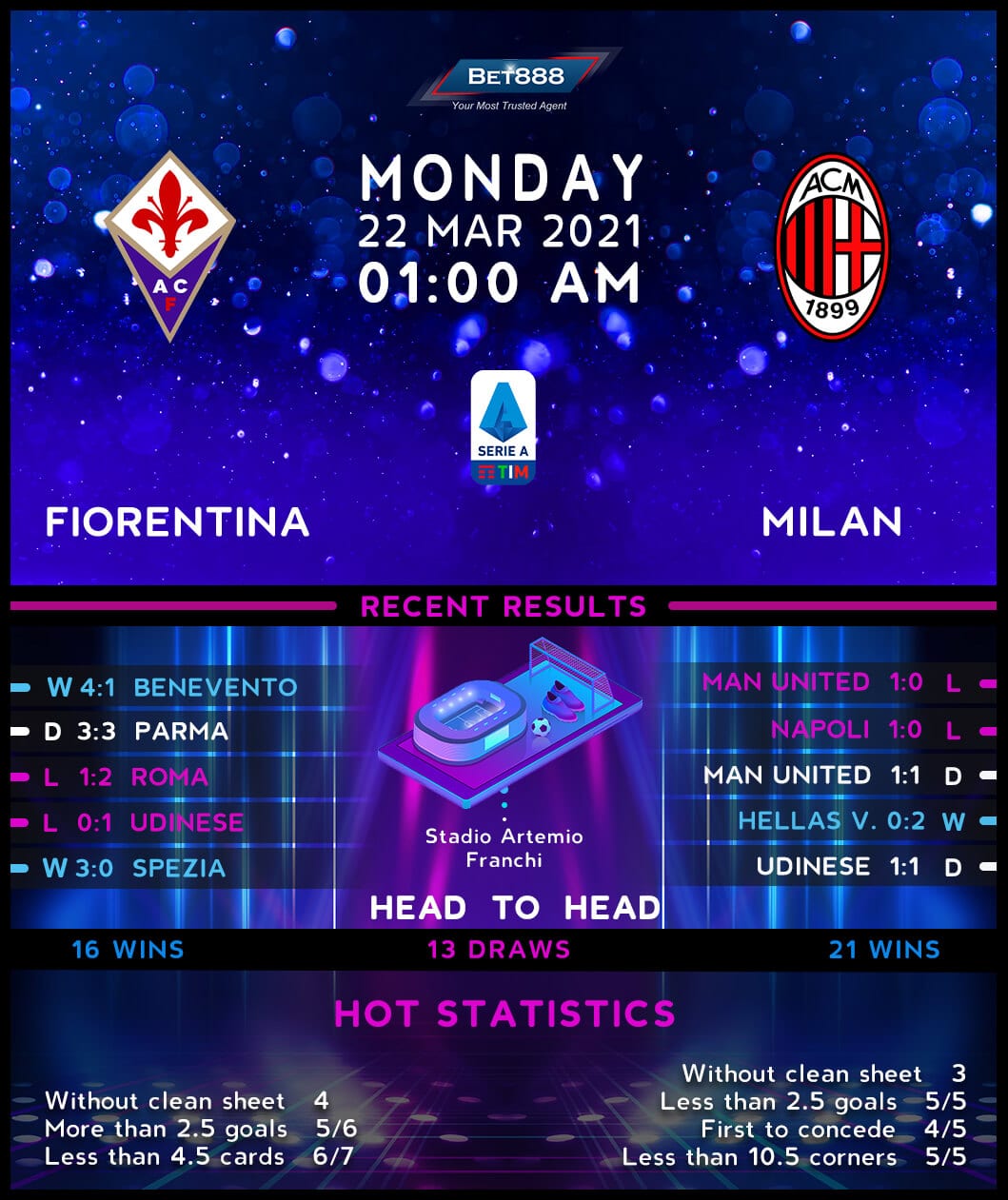