Connoisseurs of action-packed football will be hoping that Fiorentina and Internazionale can both score at the Stadio Artemio Franchi as they did in six of their last seven competitive meetings.

A hard-fought 1-0 victory against Cagliari last time out did see Fiorentina bring their disappointing five-game winless home streak to an end. However, it also means that their six previous competitive home matches have all featured under 2.5 total goals. That low-scoring trend could take a different curve here, though, as suggested by the fact that six of their last eight competitive H2Hs in Florence have produced 3+ total goals. What’s more, Cesare Prandelli’s men have not lost any of their six previous home meetings with Inter (W3, D3) but have drawn the last three. However, ‘La Viola’ have failed to overcome Inter in any of their three Coppa Italia encounters in the 21st century, losing each such fixture by a narrow one-goal margin.

Meanwhile, Inter Milan have suffered a slight dip in form heading into this showdown, going from five consecutive victories to back-to-back games without a win (D1, L1). Yet, ‘I Nerazzurri’ have been a fun team to watch of late, with eight of their last ten competitive fixtures seeing over 2.5 goals and both teams on the scoresheet. Furthermore, Inter’s five previous competitive trips have featured both sides scoring in games garnering 3+ total goals (W3, D1, L1). If they concede the opening goal here, as they did in eight matches across domestic competitions this season, it may not be the last – Antonio Conte’s men have lost only two contests when doing so (W4, D2). Notably, though, they have yet to let in an away goal in the first 15 minutes this season. 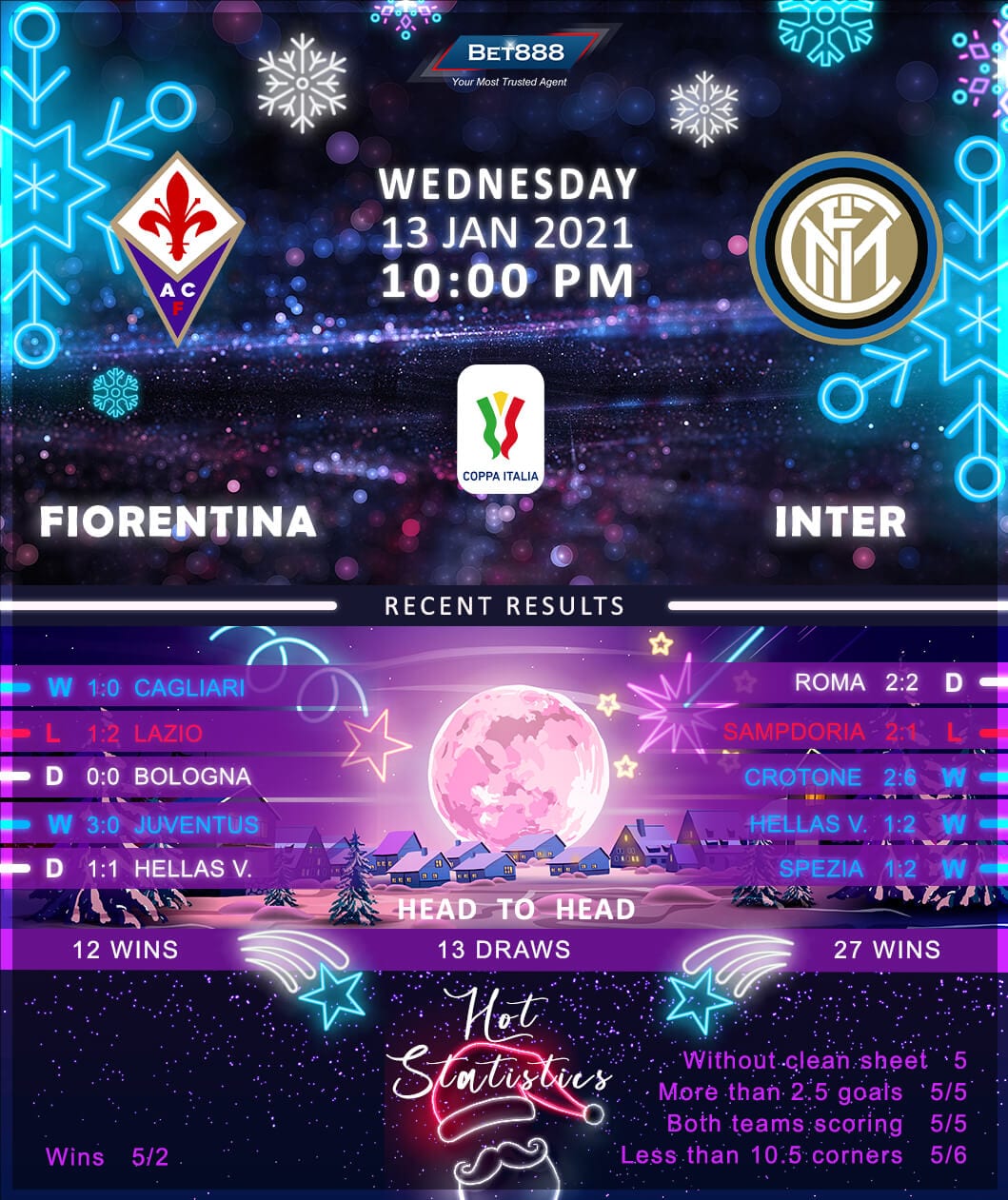