Fiorentina and Lazio will square off at the Stadio Artemio Franchi this weekend in a high-stake Serie A showdown.

Fiorentina head into proceedings frantically looking over their shoulders as they sit just four points clear of 18th-placed Benevento, with four Serie A games left to play. The hosts have gone from back-to-back league defeats to three consecutive matches without losing (W1, D2), all of which saw Dusan Vlahovic bag the first-half opener. Despite their Serie A wobble, ‘La Viola’ have been fun to watch recently, as each of their last ten league fixtures has seen both teams score, with eight of them featuring 3+ total goals. But since a 3-0 walloping of Spezia in mid-February, Giuseppe Iachini’s men have gone winless in their subsequent five home league matches (D2, L3), conceding an average of 2.4 goals per game. A substantial eight of the 12 goals they shipped during those five outings arrived after half-time.

Meanwhile, the visitors have claimed back-to-back Serie A wins by an aggregate score of 7-3 since a disastrous 5-2 away loss to Napoli on Matchday 32, which means they’ve now won seven of their last eight league matches. Lazio are five points below fourth-placed AC Milan in the standings with a game in hand and are very much in contention for a coveted top-four finish. Free-scoring ‘I Biancocelesti’ netted an average of 2.62 goals per game during that eight-fixture sequence, bagging 2+ second-half goals in five of the last six. Furthermore, Simone Inzaghi’s men have come out victorious in five of their previous six top-flight meetings with Fiorentina (D1), scoring a total of 12 goals in that spread of encounters. Since being held to a 1-1 draw to Genoa in their opening league match of the calendar year, Lazio have gone 18 consecutive Serie A games without a stalemate for the first time in the club’s history. 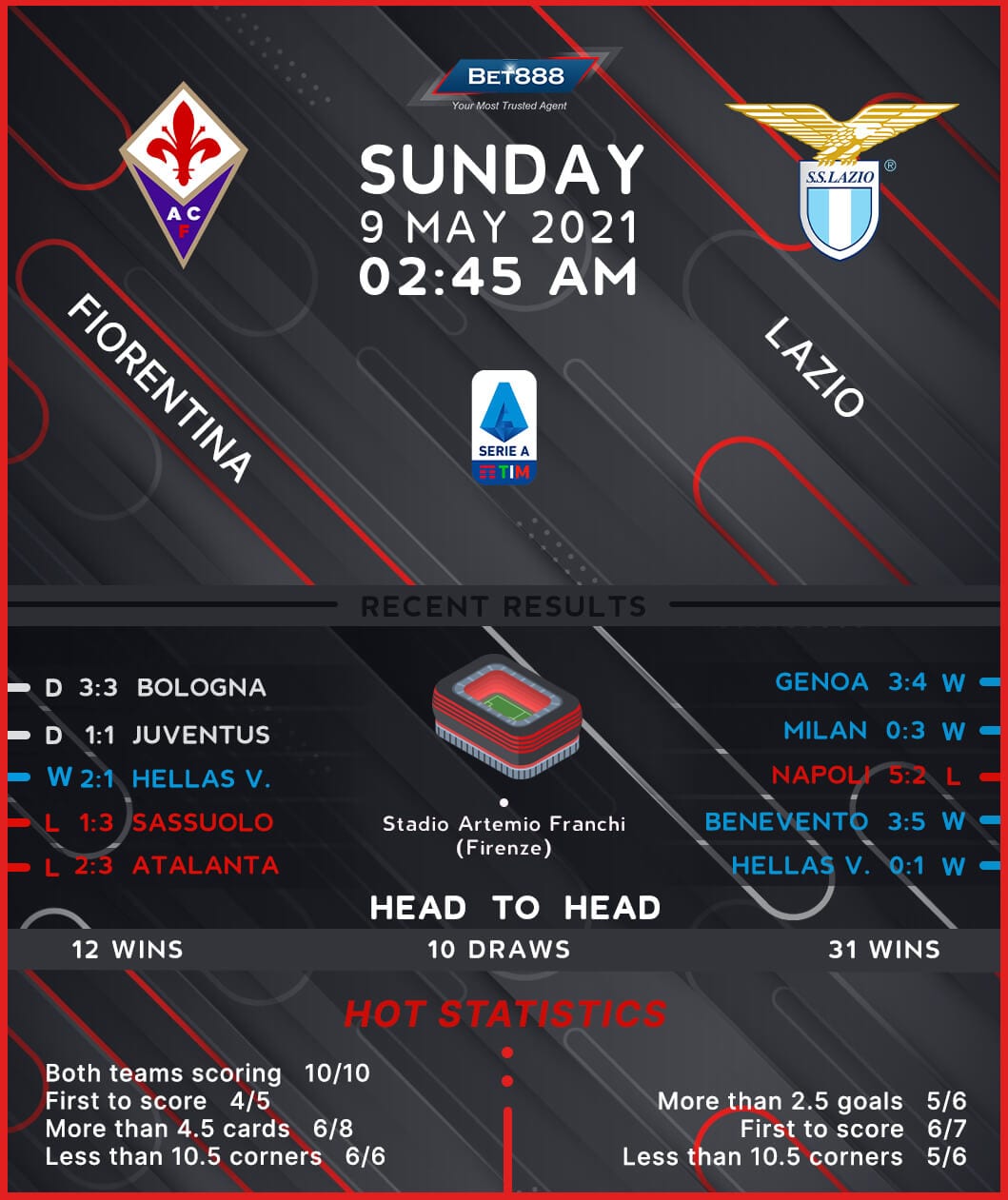