Stadio Artemio Franchi is the venue as Fiorentina and Roma face-off in a Serie A meeting confronting two struggling sides.

Fiorentina head into this encounter, having lost three of their last five Serie A matches (W1, D1), three of which featured under 2.5 FT goals. At home, ‘La Viola’ have alternated between a win and a loss across their last five league games after drawing four such contests in a row beforehand. The ‘clean-sheet’ theme has highlighted Fiorentina’s recent home league fixtures, as four of the last five have seen one or both sides fail to get on the scoresheet. Against this backdrop, ‘I Gigliati’ and Roma tend to produce some ‘goal-friendly’ clashes, as three of their last four competitive meetings held in Florence have seen over 3.5 goals and both teams scoring. Cesare Prandelli’s men will want to avoid conceding first after losing 76.92% of the Serie A games in which they fell behind this season (GP13 – D3, L10).

Meanwhile, out-of-form Roma went 2-1 down to AC Milan at the weekend, which means they have now failed to win three of their last four Serie A fixtures (D1, L2). Sitting two points behind fourth-placed Atalanta, ‘I Giallorossi’ can ill-afford to lose more points, and a meeting against a side they’ve defeated in each of their last three top-flight H2Hs comes in handy. However, Paulo Fonseca’s men are winless in three consecutive Serie A trips coming into this showdown (D1, L2), drawing a blank on each occasion. Same as their opposition, Roma have developed a habit of falling behind without recovering, surrendering the points in four of the five away league matches in which they conceded the opening goal this term (D1, L4). 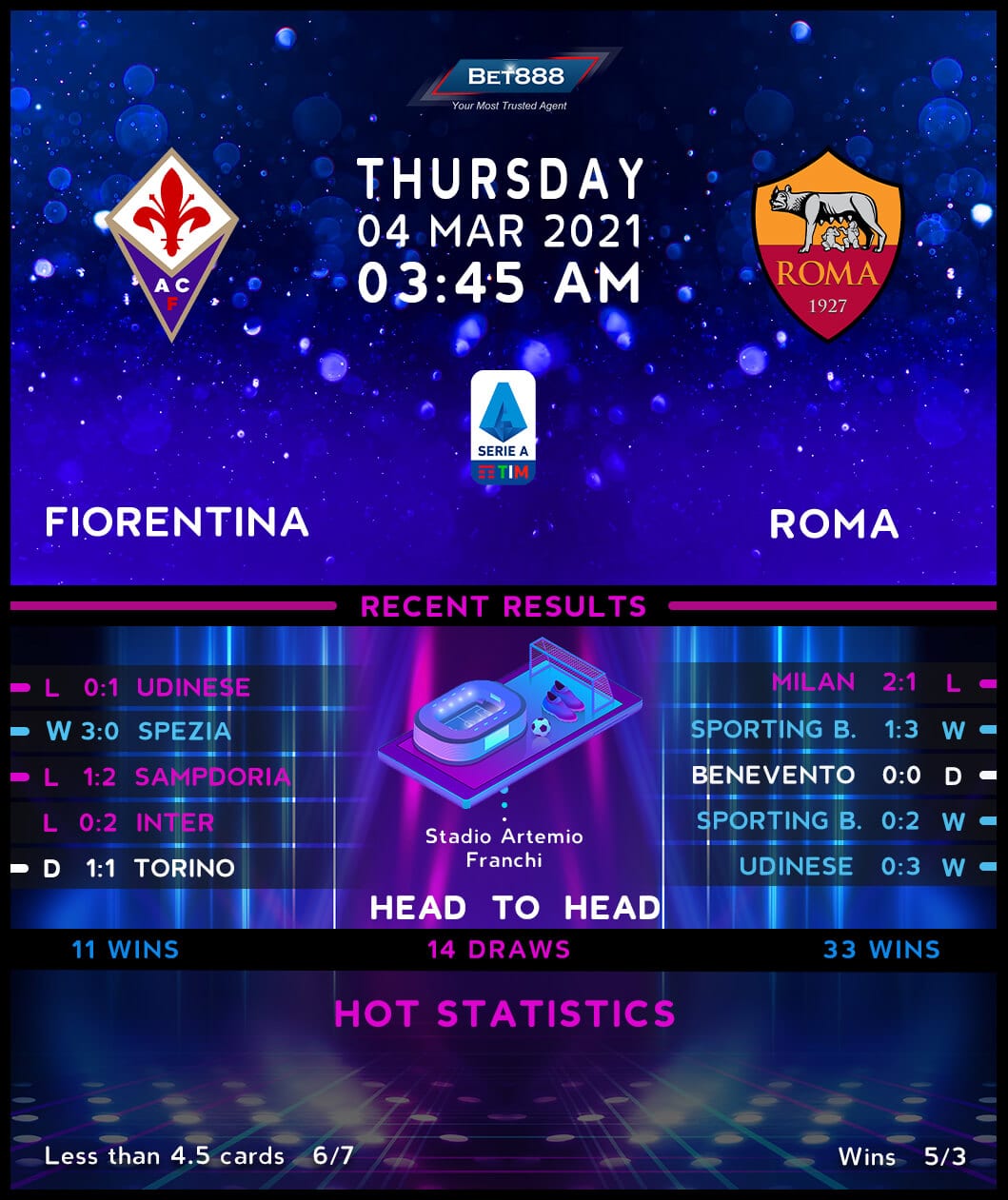