France’s final preparation game ahead of the upcoming Euro finals sees them take on out-of-sorts Bulgaria at the Stade de France.

‘Les Bleus’ head into proceedings as overwhelming favorites to claim a victory, having won each of their last three matches by an aggregate score of 6-0, including a 3-0 thumping of Wales last time out. Too hot to handle on home soil, France have succumbed to a single loss in 17 home games since lifting the World Cup crown in 2018 (W12, D4), courtesy of a 2-0 defeat to Finland in an international friendly in November 2020. Didier Deschamps’ men have netted 3+ goals in two of their last three home fixtures, barring a 1-1 draw with Ukraine in the World Cup Qualifying campaign, getting on the scoresheet within 35 minutes of play on each occasion. After losing three consecutive meetings with Bulgaria between 1985 and 1992, the reigning World Cup champions have won their last three encounters by an aggregate score of 8-2.

On the other hand, the visitors have hit a rough patch since beating minnows Gibraltar 3-0 at home in November 2020, going winless in their subsequent seven matches (D3, L4). A lack of firepower in the front third has seen Bulgaria fail to score in four of their last six games, netting precisely once per game in the remaining two. It gets worse when they play away from home, considering the ‘Lions’ have drawn a blank seven times in their previous nine road trips. In fact, Bulgaria’s last win on foreign soil dates back to a 2-1 triumph in Slovenia back in September 2018, with six draws and seven defeats for the Bulgarians since then. 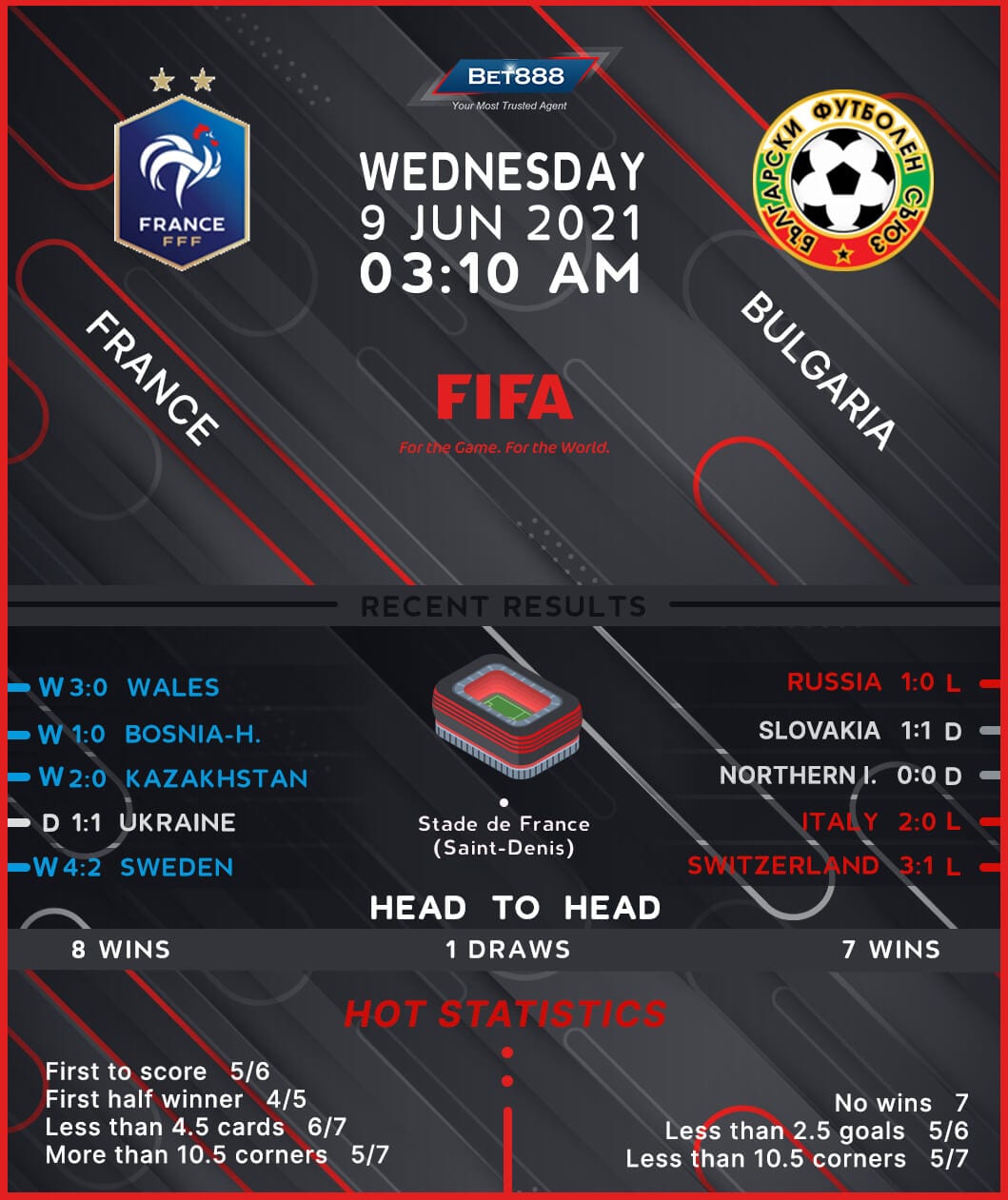