France and Germany will embark on their Euro 2020 campaign with a mouth-watering clash at the Allianz Arena in Munich.

A trip to Germany might evoke some pleasant memories within the French camp, considering they have avoided defeat in each of their last five international matches on German soil (W3, D2), with their most recent contest there yielding a scoreless draw in September 2018. Since missing out on Euro 1988, ‘Les Bleus’ have reached the final tournament eight times in a row, advancing to the knock-out stages five times in the process. Didier Deschamps’ men have picked up 14 triumphs in 19 games at major international tournaments (more than any other European side) since making the 2014 World Cup appearance. Strong starts to their European Championship appearances have seen France go unbeaten in their last eight inaugural matches (W5, D3). Warming up for Euro 2020, the reigning World Cup champions have won their last four international fixtures 9-0 on aggregate.

Germany will be taking part in a record-breaking 13th European Championship finals, last failing to qualify for the final competition in 1968. ‘Die Mannschaft’ are one of just two teams, alongside Spain, to win the European title three times, albeit they’ve failed to reach that milestone in the 21st century. Germany will become the first nation to play 50 matches at the European Championships. Ahead of Euro 2020, Joachim Lows’ men have endured mixed fortunes across their last three internationals (W1, D1, L1), two of which featured over 2.5 goals and both sides netting. Germany lost their previous meeting with France at a major tournament, going down 2-0 at Euro 2016. Additionally, they have failed to beat this opposition in any of their last three international meetings (W1, D2), conceding precisely twice per game on two occasions. 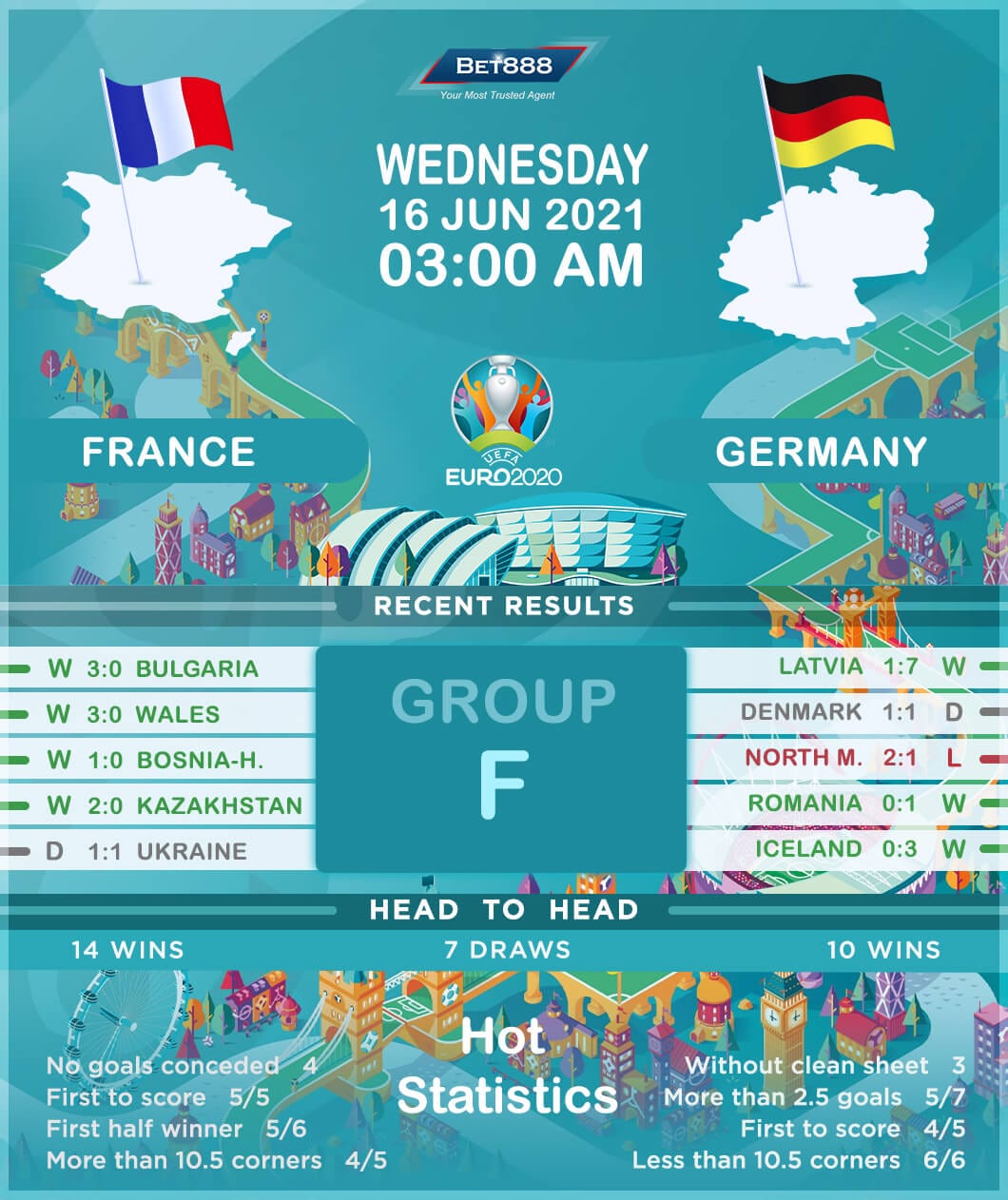