France’s World Cup qualifying campaign begins at the Stade de France as they face Ukraine in the Group D opener.

Reigning world champions begin their road to Qatar against a Ukraine side they have lost to only once in their seven competitive H2Hs so far (W3, D3). What’s more, they have kept a clean sheet in four of their five H2H encounters as hosts. ‘Les Blues’ are enjoying a somewhat purple patch, having avoided defeat in each of their last 13 matches in all competitions (W11, D2), with eight of those victories seeing France boast a half-time lead too. Remarkably, the hosts have not lost their opening home fixture of a World Cup Qualifying campaign since 1968, winning nine of their ten subsequent such matches while drawing the other one. Delivering action from the onset, Didier Deschamp’s men have either scored or conceded inside the opening 20 minutes of play in eight of their last ten competitive home outings.

Meanwhile, Ukraine have suffered four defeats in their last five matches in all competitions (W1), including a walkover loss to Switzerland. Indeed, it has been through-and-through ‘all or nothing’ for the ‘Main Team’ lately, as none of their previous eight games have ended in a draw (W2, L6), friendlies included. Five of the seven results (win/loss) in that period have yielded a winning/losing margin of 2+ goals, excluding the walkover result vs Switzerland. A first-half deficit may well end the Ukrainians’ hopes of staying unbeaten here as they’ve lost each of their last six competitive fixtures in which they were behind at half-time. Andriy Shevchenko’s men cannot rely upon their recent road form either (W4, D2, L3), especially given that they have failed to win any of their last three such trips to nations better positioned in the FIFA rankings than them. 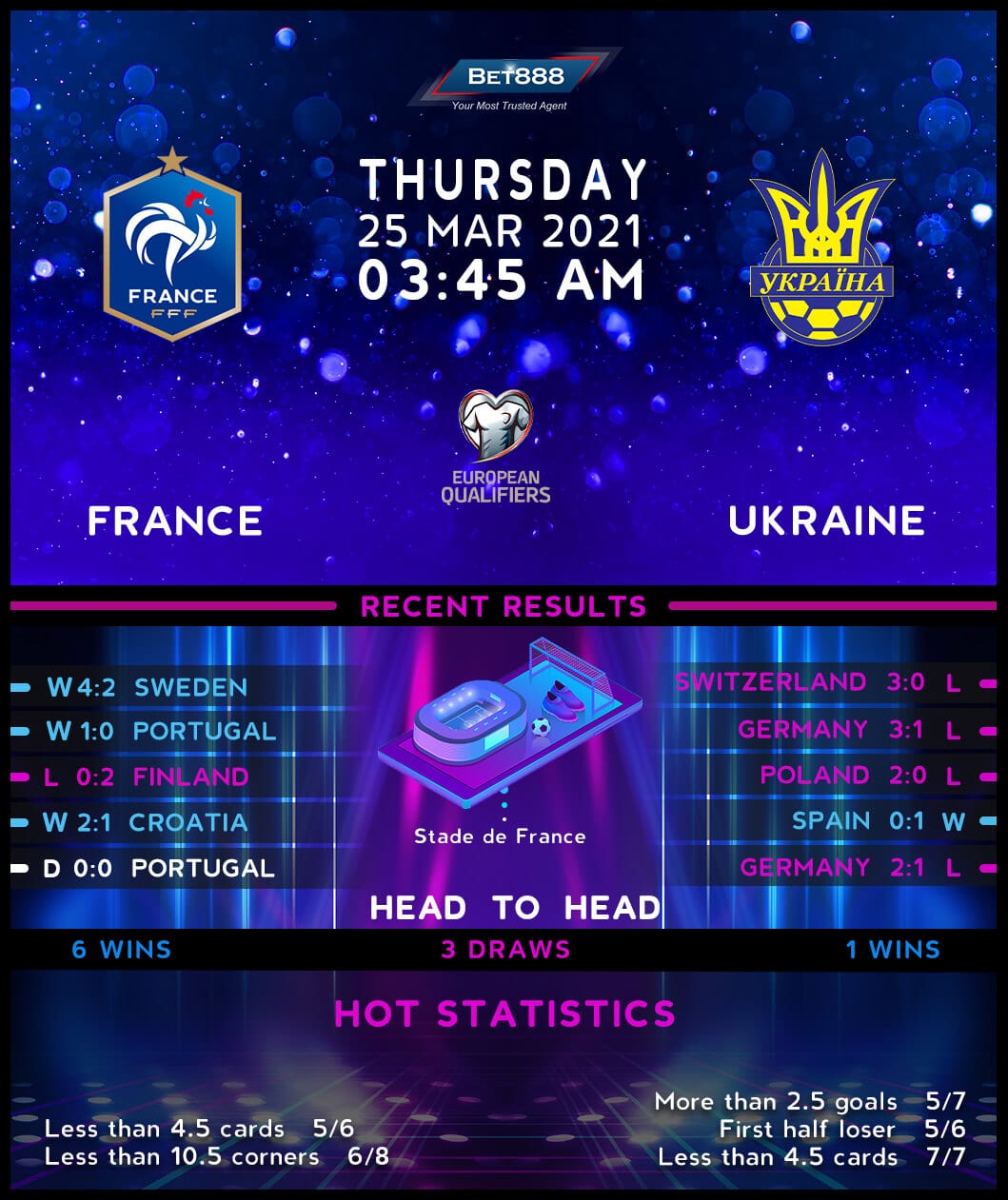