Freiburg and Eintracht Frankfurt are set to face off at the Schwarzwald-Stadion in an exciting Bundesliga fixture.

A 2-1 defeat at Bayern Munich last time out saw Freiburg’s five-game winning Bundesliga streak come to an end, though it also means they have scored at least once in nine league matches on the bounce. Additionally, the ‘Breisgau-Brasilianer’ have won each of their last three home Bundesliga games via at least a two-goal margin, scoring a total of 11 goals while conceding just one in return across that period. Remarkably, quick-start Freiburg have opened the scoring in 75% of their home league fixtures this season and have ended up losing just one such contest (W3, D2, L1). However, Christian Streich’s men could find themselves in an irreparable situation if they concede first – Freiburg have avoided defeat in only one of the five Bundesliga games in which they shipped the opener (D1).

As for Frankfurt, they have enjoyed a notable upturn in form lately, going from nine consecutive Bundesliga matches without a win (D7, L2) to four league victories in a row, three of which came by a two-goal margin. Unfortunately for the visitors, winning the first half won’t guarantee them all three points – ‘Die Adler’ have won just two of the six Bundesliga games in which they were leading at half-time (W2, D4). Away from home, Adi Hutter’s men have won their last two league fixtures via the same 2-0 scoreline after failing to keep a clean sheet in eight successive Bundesliga trips beforehand, 2019/20 included. It will be a daunting prospect for Frankfurt to keep their winning away streak going, as they’ve failed to beat Freiburg in seven of their last eight top-flight meetings held at this venue (D4, L3). 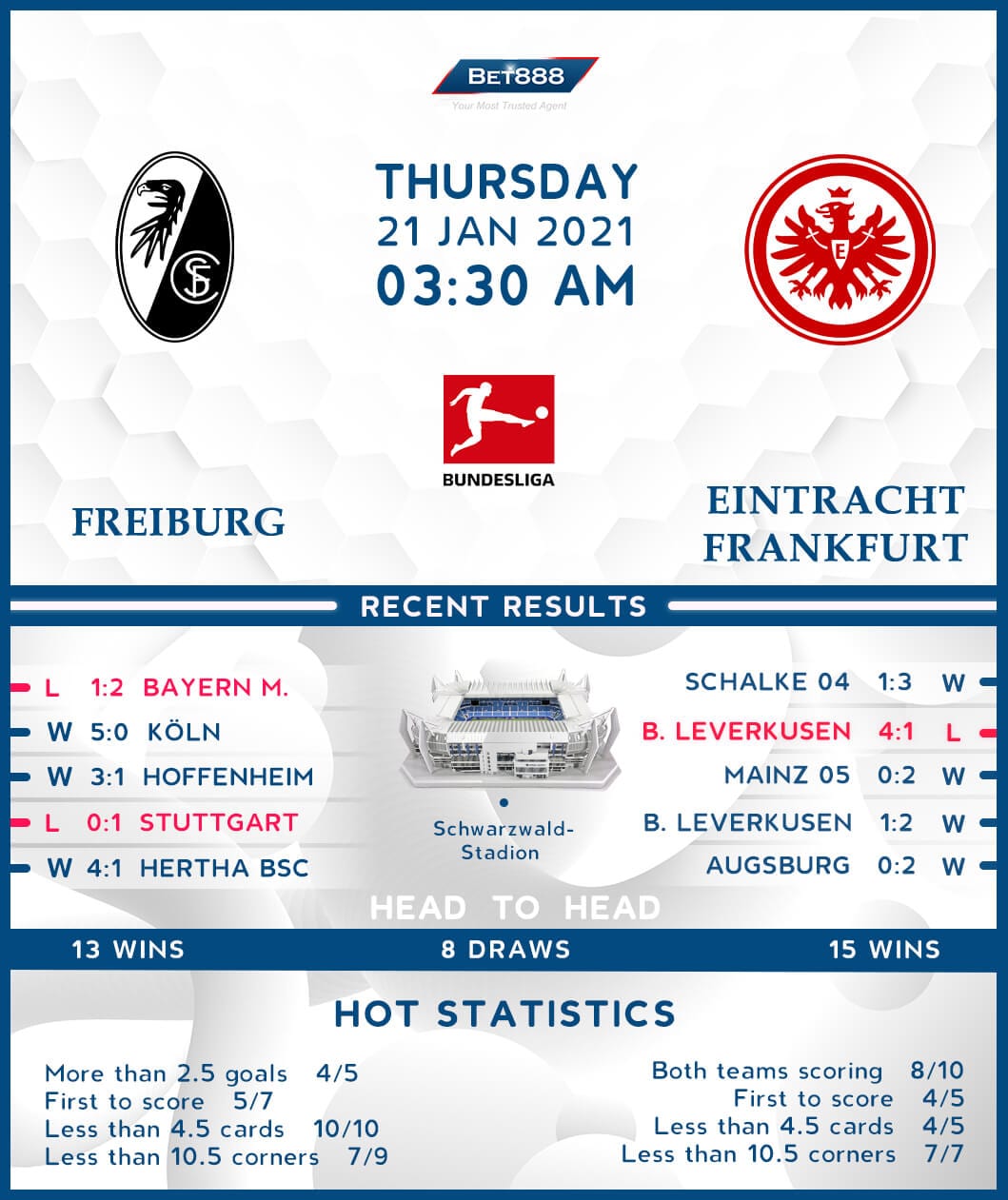