Chelsea will be looking to post their sixth successive Premier League win over Fulham when the two sides meet at Craven Cottage.

Fulham came from behind to claim a 1-1 draw at Tottenham last time out, which now means that their five previous Premier League fixtures have all ended level and featured under 2.5 goals. Ahead of the kick-off, the ‘Cottagers’ have played out back-to-back goalless league draws at home, as they remain at a single Premier League home win this season (D3, L4). A lack of firepower up front has seen Scott Parker’s men draw a blank in 50% of their eight home league fixtures this term, netting precisely one goal apiece in two of the other four. It seems highly unlikely that Fulham can upgrade those stats here, as they’ve bagged under 1.5 goals in their last six top-flight meetings with Chelsea at Craven Cottage (D2, L4). What’s more, the hosts have scored a league third-low two second-half goals at home this season.

As for Chelsea, three consecutive Premier League matches without a win (D1, L2) have seen them stumble down at the wrong time, though they did thrash lower-league outfit Morecambe 4-0 in the FA Cup last weekend. After securing back-to-back away multi-goal victories ‘to nil,’ the ‘Blues’ have suffered three Premier League road defeats on the bounce, scoring under 1.5 goals in each of them. However, Chelsea are likely to get on the scoresheet here and could well do it after half-time, given that 76.92% (10) of their 13 away Premier League goals scored this season have come in the second half of play. Frank Lampard’s men possess the ability to finish their league trips on a strong note, as evidenced by the fact that they’ve scored the final goal of the match (if any) in 71.43% of their away Premier League fixtures this term. 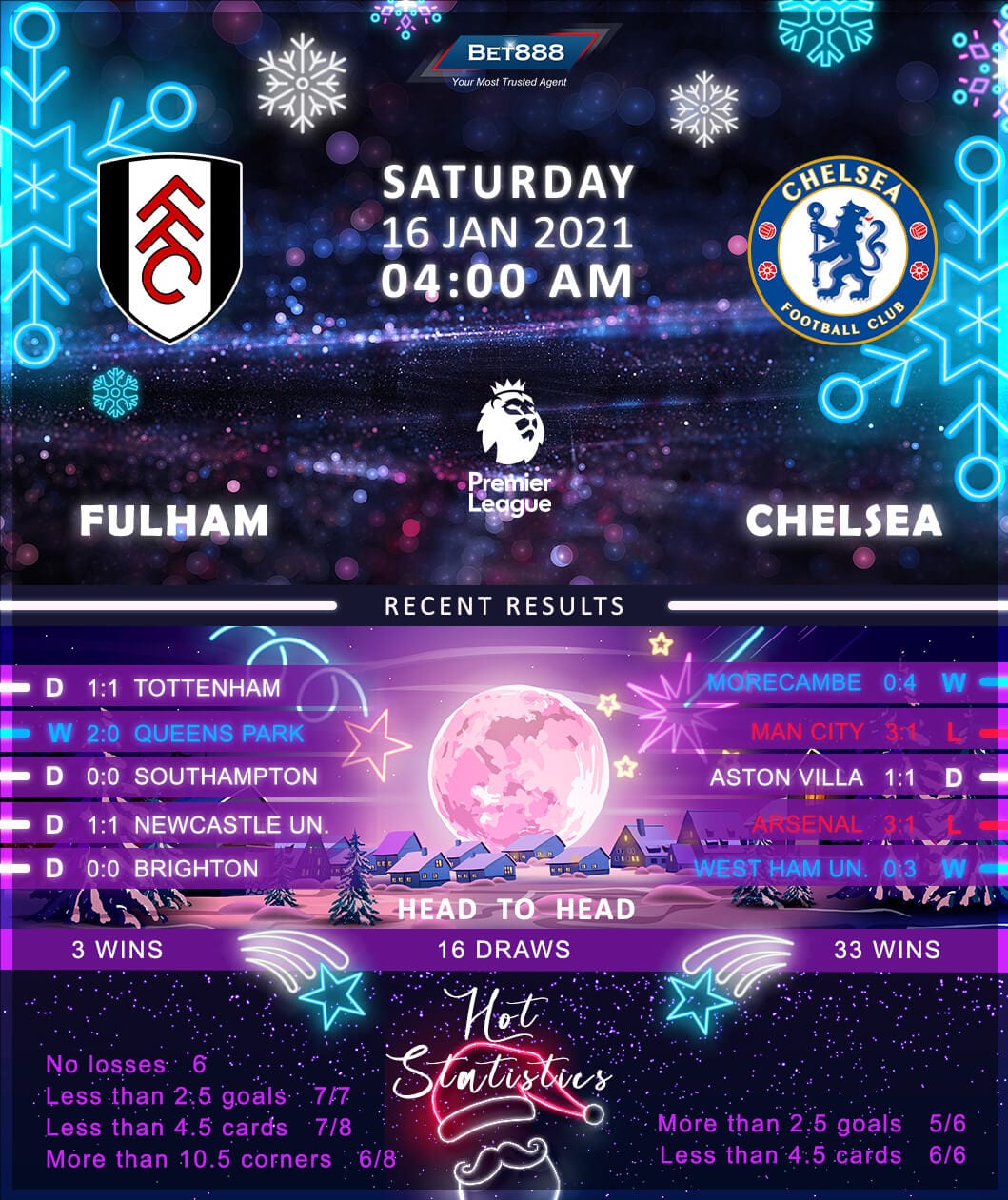