Fulham are sinking without a trace after failing to win any of their last ten Premier League fixtures (D7, L3) and scoring an average of 0.6 goals per game in that sequence. Ahead of the kick-off, the ‘Cottagers’ have returned a league-second joint-lowest six home points this campaign, having won only one of their ten Premier League matches at Craven Cottage (D3, L6). Moreover, Scott Parker’s men have established a habit of falling behind without recovering, disappointingly rescuing a single point from ten Premier League games in which they conceded the opening goal this season (D1, L9). Against this backdrop, Fulham have avoided defeat in six of their last seven Premier League matches against Leicester (W3, D3) and have yet to suffer a competitive loss against this opponent at home in the 21st century (W3, D2).

On the other hand, a return of a draw and a loss from their last two Premier League outings has marked a dip in form for Leicester, who had won three consecutive top-flight games beforehand. However, the ‘Foxes’ have won the division second-most points (23) away from home this season, losing just one of their ten Premier League trips so far (W7, D2). Brendan Rodgers’ men have been relentless against the current bottom-five this season (W4, L1), though that lone defeat came at the hands of Fulham (1-2 in the reverse fixture). In fact, Leicester have netted 13 goals combined across those five encounters, which stands for 35.14% of their total Premier League goals scored this term. The visitors’ ability to recover after falling behind has seen them lose just one of the four away top-flight games in which they conceded the first goal this season (W1, D2). 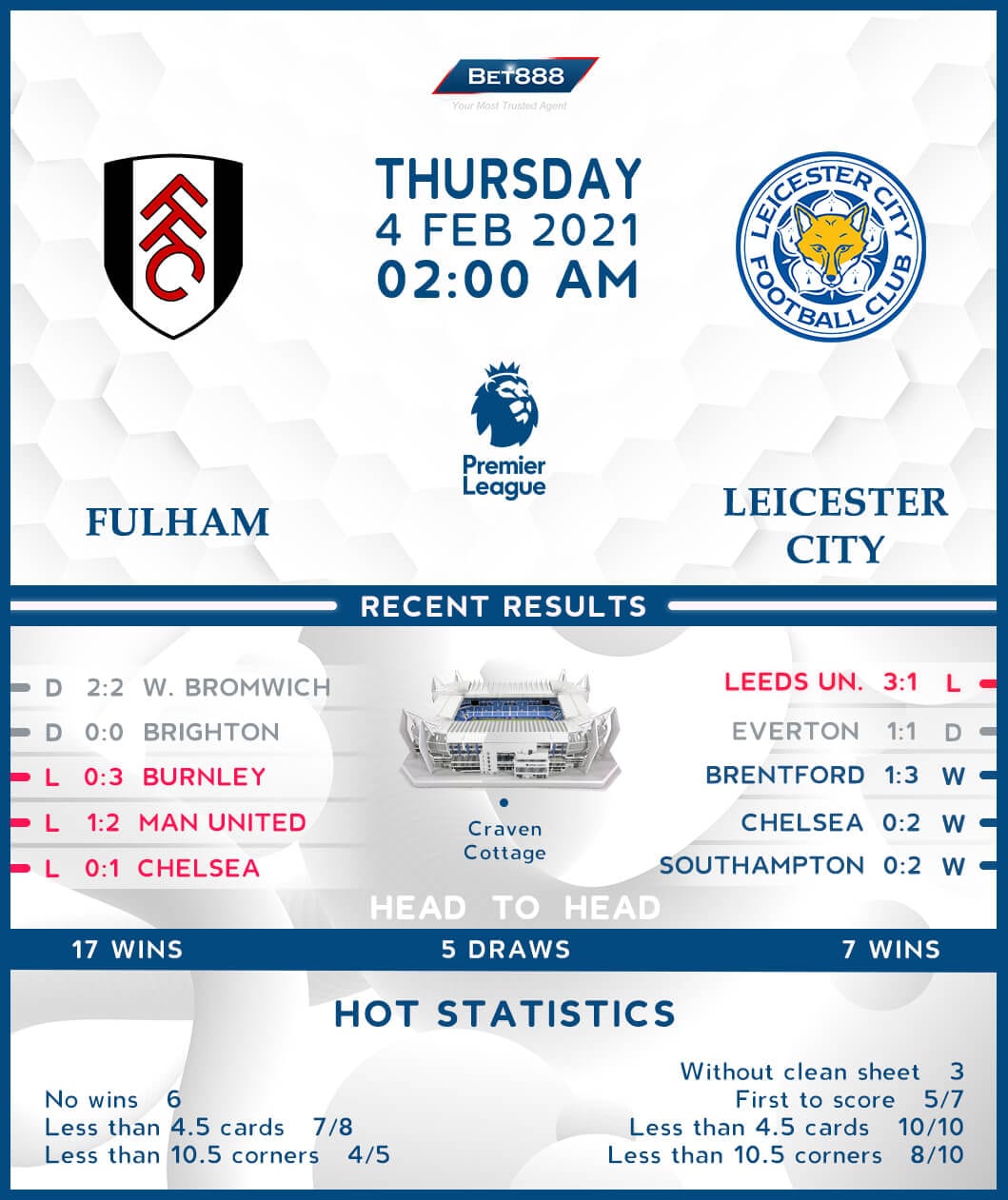