Craven Cottage is the venue as Fulham and Liverpool meet in a potentially high-scoring Premier League affair. In fact, five of their last six top-flight H2Hs held at this venue have seen over 2.5 goals and both teams on the scoresheet.

Except for a 2-0 victory over fellow newcomers WBA on Matchday 7, Fulham have lost each of their remaining four home Premier League matches this season, conceding precisely three goals per game on three of those occasions. Indeed, just one team has shipped more league goals than Fulham (21) so far. The ‘Cottagers’ enter this encounter as betting underdog, having lost six of their last top-flight H2H meetings with Liverpool, four of which via at least a two-goal margin. Moreover, they have conceded an average of 2.66 goals across their last three league H2Hs held at this stadium to lose each of them. Scott Parker’s men have established a habit of falling behind without recovering, suffering eight defeats in as many Premier League fixtures in which they conceded first.

Although a 1-1 away draw with Midtjylland in the Champions League midweek did bring Liverpool’s unbeaten run in all competitions to four games (W2, D2), it also means the ‘Reds’ have now scored under 1.5 goals in four of their last five competitive matches. In the Premier League alone, Jurgen Klopp’s men have gone undefeated in seven games (W4, D3) since losing 7-2 to Aston Villa in early October, though alternating between a win and a draw in their last five league outings. However, the reigning champions have failed to win any of their four previous away Premier League fixtures (D3, L1) since beating Chelsea in their first league trip of the season. The Merseyside giants can still take some confidence from the fact they have scored the opener in each of their last three Premier League trips. 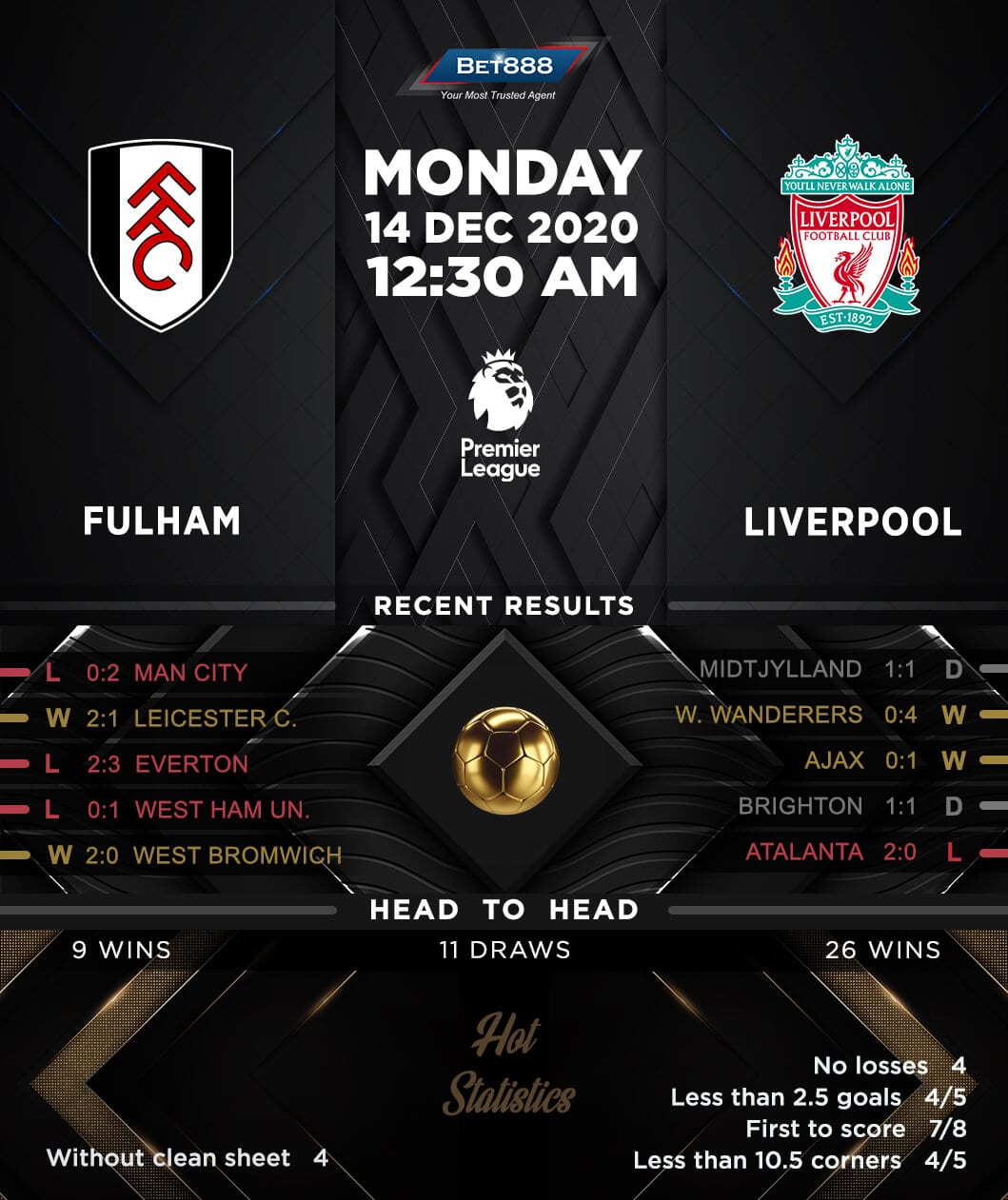