A narrow 1-0 home defeat to Chelsea last time out saw Fulham fail to win a Premier League game in a seventh consecutive attempt (D5, L2). Low scoring has been a theme for the ‘Cottagers’ of late, as each of their last seven league fixtures has featured one goal or less in the second half across the matches garnering under 2.5 total goals. At home, Scott Parker’s men have drawn a blank in their last three Premier League games (D2, L1), which has been the case in three of their four previous top-flight meetings with United here (L4). Additionally, only two teams have scored fewer second-half Premier League goals at home than Fulham (2) this season. Conceding the opener could well put the hosts in an irreparable situation, knowing they have lost nine of the ten top-flight matches in which they shipped the first goal (D1).

Meanwhile, Manchester United head into this encounter on the back of an impressive nine-game unbeaten Premier League run (W6, D3), though they did draw 0-0 at Liverpool last time out. A stalemate at Anfield means that United remain the only team in the English top-flight yet to lose away from home this season (W7, D2). Remarkably, the ‘Red Devils’ have won all six Premier League fixtures on the road after conceding the opening goal, with 68.18% of their total away league goals scored coming in the second half (15/22). Indeed, United boast the ability to finish their away matches strongly, having found the net inside the final 15 minutes of play in six of their nine league trips thus far. At the other end of the pitch, Ole Gunnar Solskjaer’s men have shipped a league third-low three second-half away Premier League goals. 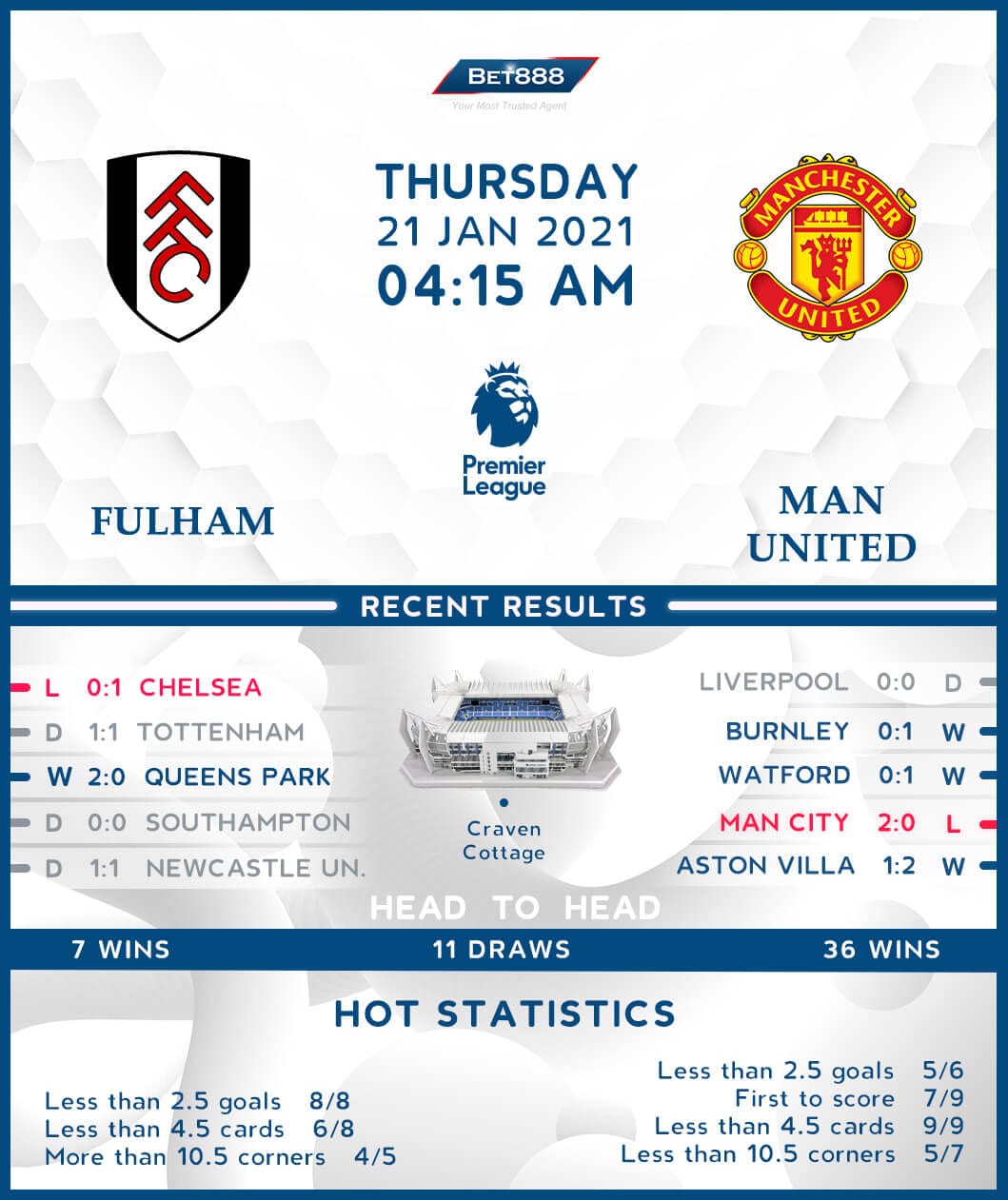