Craven Cottage is the venue, as Fulham and Tottenham Hotspur go head-to-head in an all-London Premier League match-up.

Fulham are steadily digging themselves out of trouble, as they sit only three points adrift of safety after avoiding defeat in their last five Premier League outings (W2, D3). An upturn in form has seen the hosts pick up two wins in their last four league fixtures, as many as in their previous 22 combined (W2, D9, L11). Scott Parker has shored up his defense, as evidenced by the fact that the ‘Cottagers’ have kept a clean sheet in four of their last five league matches, as many as they managed in their previous 21 in the competition. However, a lack of firepower up front has seen Fulham net a third-fewest 21 goals this Premier League campaign, only a handful of which arrived at Craven Cottage. They have only managed a miserly average of 0.61 goals scored per home league match this term.

Meanwhile, Tottenham brushed aside Burnley 4-0 last weekend, ending a run of two Premier League losses and whittling down the gap on fourth-placed West Ham United to six points. Away from home, however, the ‘Spurs’ have lost three Premier League games in a row, as many as they had in their previous 17 on the road (W7, D7). Additionally, Jose Mourinho’s men have failed to win any of their four midweek fixtures this Premier League campaign (D1, L3). The visitors can draw confidence from their imperious run against Fulham that has seen them win ten of their last 12 top-flight H2Hs (D1, L1). A first-half lead would optimize Tottenham’s chances of grabbing the points, given they have not lost any of the 12 Premier League matches in which they won the first half this season (W7, D5). 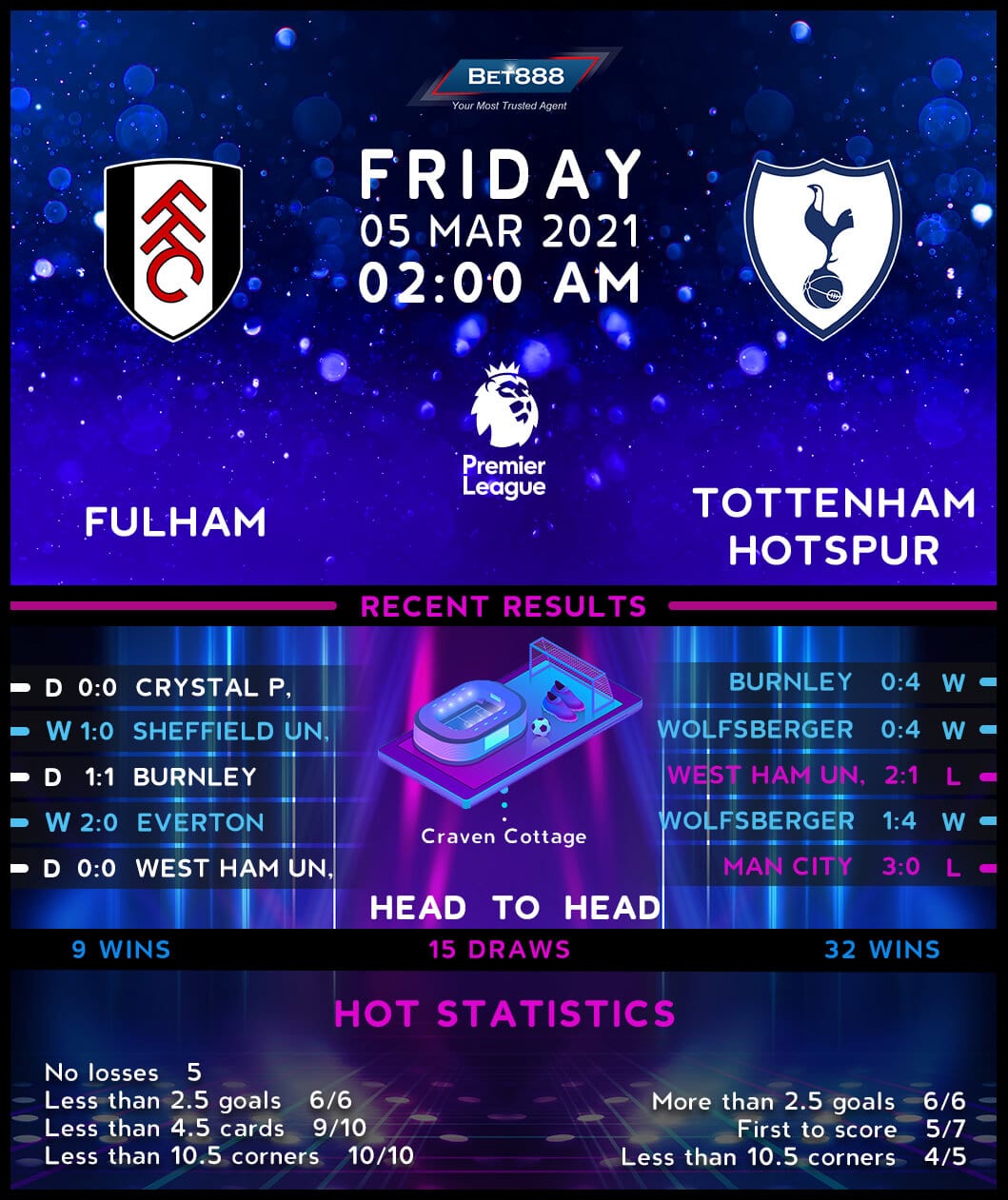