Fulham are winless in 11 consecutive Premier League matches coming into this encounter (D7, L4), a sequence that leaves them hanging eight points adrift of 17th-placed Burnley. Worryingly, the ‘Cottagers’ lament the division’s second-worst win-ratio of only 9.52% after picking up only two wins in their 22 Premier League games this season (W2, D8, L11). Adding to their misery, Scott Parker’s men have drawn a blank in six of their last 11 top-flight outings, scoring precisely once per match in four of the other five. Indeed, Fulham’s tally of just seven goals scored at home is the joint-lowest in the Premier League this season, as is their haul of only two second-half goals netted in such contests. Topically, they have failed to score in four of their last five top-flight home games.

Meanwhile, West Ham thrashed Aston Villa 3-1 on the road last time out, making it five wins in their previous six Premier League matches (L1), with a 3-1 home defeat to Liverpool being a lone exception. Additionally, the ‘Hammers’ have only lost once in their last seven away league games (W5, D1), winning three consecutive such affairs ahead of the kick-off. Notably, West Ham’s win-ratio of 60.87% versus Fulham is their best in the Premier League against the sides they’ve faced 20+ times. Indeed, they’ve won each of their last three top-flight H2Hs by an aggregate score of 6-1. However, David Moyes’ men have failed to impress in the recent London Derbies, claiming just one victory in their last seven such encounters (D1, L5). 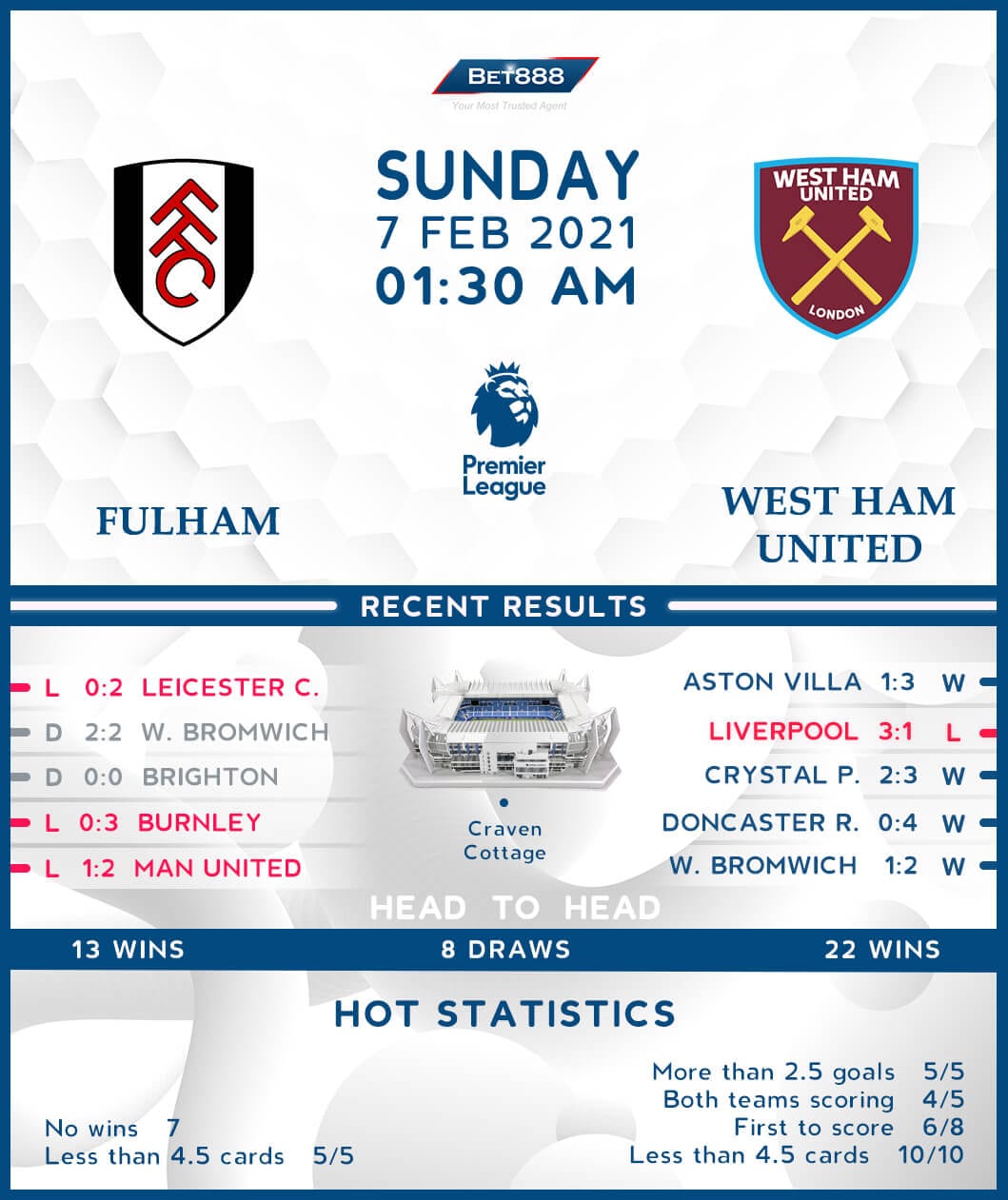